Assessing the U.S. Climate in March 2022

The current multi-year drought across the West is the most extensive and intense drought in the 22-year history of the U.S. Drought Monitor. Precipitation deficits during the first three months of 2022, across parts of the western U.S., are at or near record levels. As the climatological wet season ends across portions of the West, with below average snow cover and reservoirs at or near record-low levels, concerns for expanding and intensifying drought and water resource deficits are mounting. 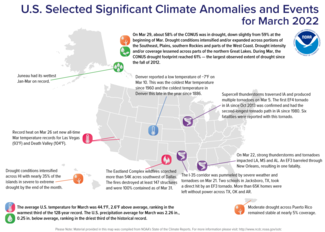 This monthly summary fromNOAA National Centers for Environmental Information is part of the suite of climate services NOAA provides to government, business, academia and the public to support informed decision-making. 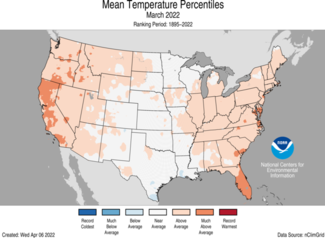 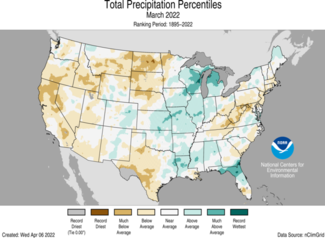 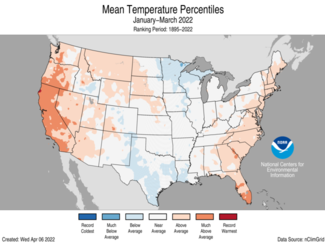 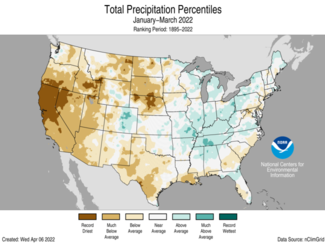 Assessing the Global Climate in 2016

With eight consecutive record warm months from January to August, the globally averaged temperature over land and ocean surfaces

Assessing the Global Climate in March 2019