Reporting on the State of the Climate in 2015

Reproduced by courtesy of Jillian Pelto Art/University of Maine Alumnus, Studio Art and Earth Science — Landscape of Change © 2015 by the artist

A new State of the Climate report confirmed that 2015 surpassed 2014 as the warmest year since at least the mid-to-late 19th century.

Last year’s record heat resulted from the combined influence of long-term global warming and one of the strongest El Niño events the globe has experienced since at least 1950. The report found that most indicators of climate change continued to reflect trends consistent with a warming planet. Several markers such as land and ocean temperatures, sea levels and greenhouse gases broke records set just one year prior.

These key findings and others are available from the State of the Climate in 2015 report released online today by the American Meteorological Society (AMS).

The report, led by NOAA National Centers for Environmental Information, is based on contributions from more than 450 scientists from 62 countries around the world and reflects tens of thousands of measurements from multiple independent datasets (highlights, full report). It provides a detailed update on global climate indicators, notable weather events and other data collected by environmental monitoring stations and instruments located on land, water, ice and in space.

“This ‘annual physical’ of Earth’s climate system showed us that 2015’s climate was shaped both by long-term change and an El Niño event,” said Thomas R. Karl, L.H.D., Director, NOAA National Centers for Environmental Information. “When we think about being climate resilient, both of these time scales are important to consider. Last year's El Niño was a clear reminder of how short-term events can amplify the relative influence and impacts stemming from longer-term global warming trends.”

Report highlights include these indications of a warming planet: 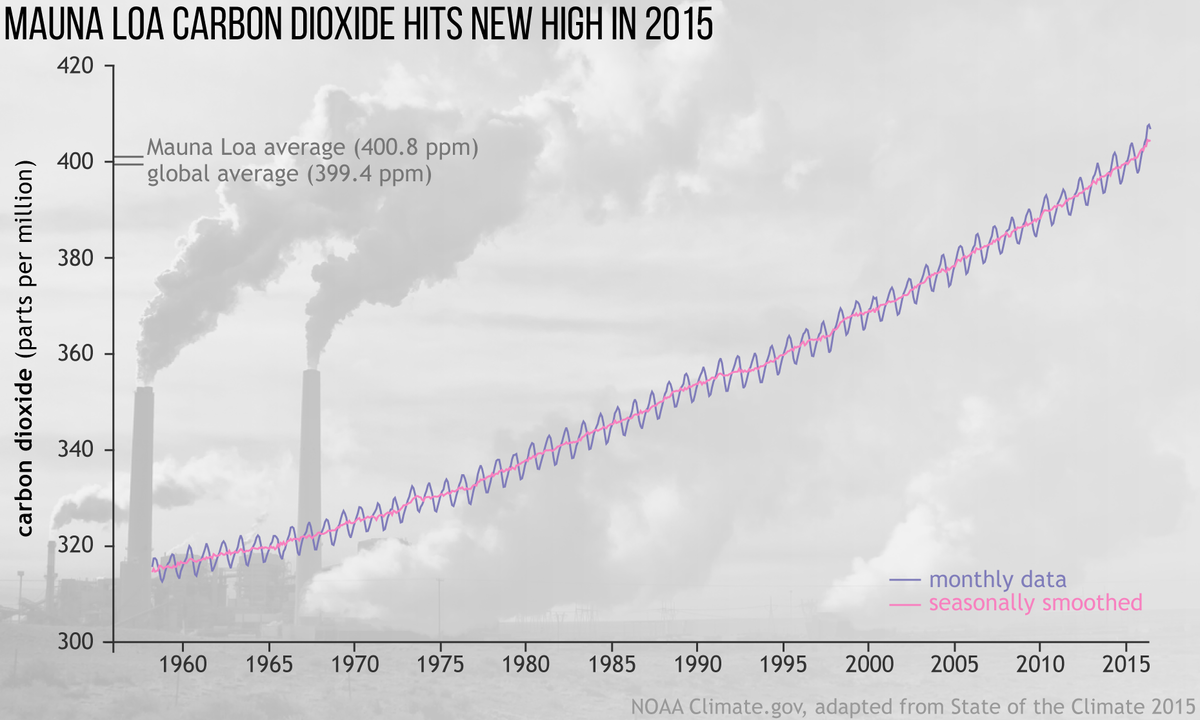 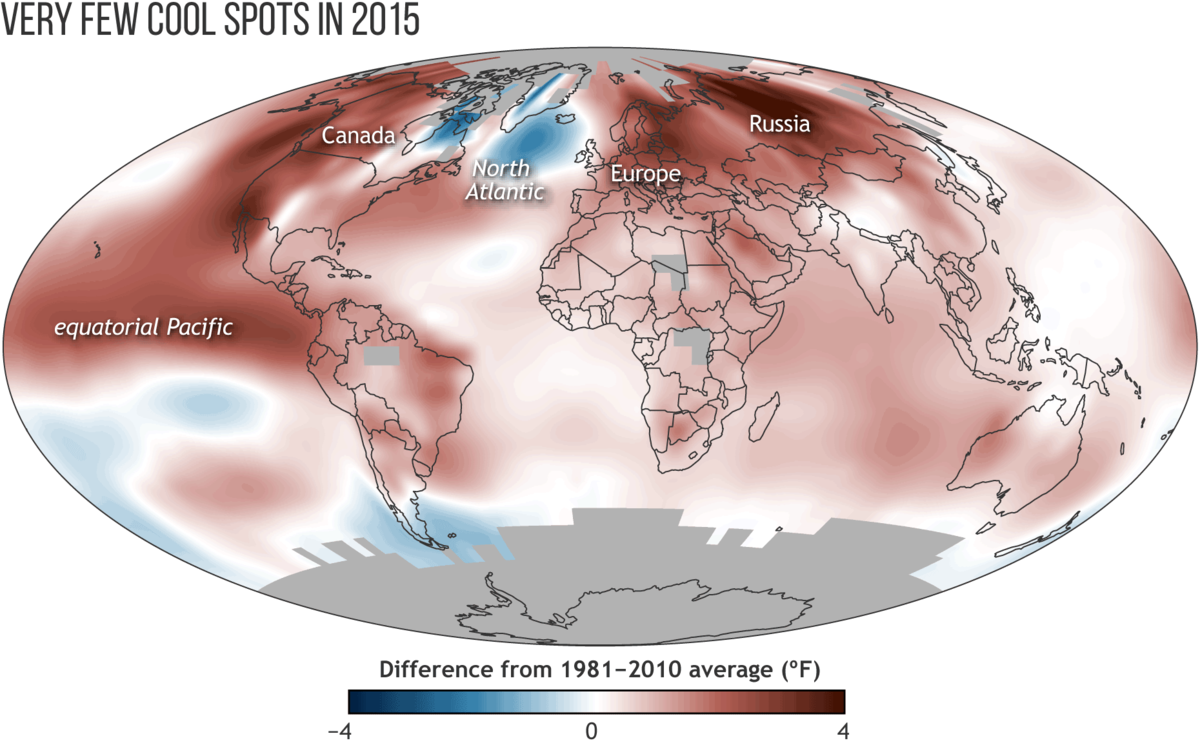 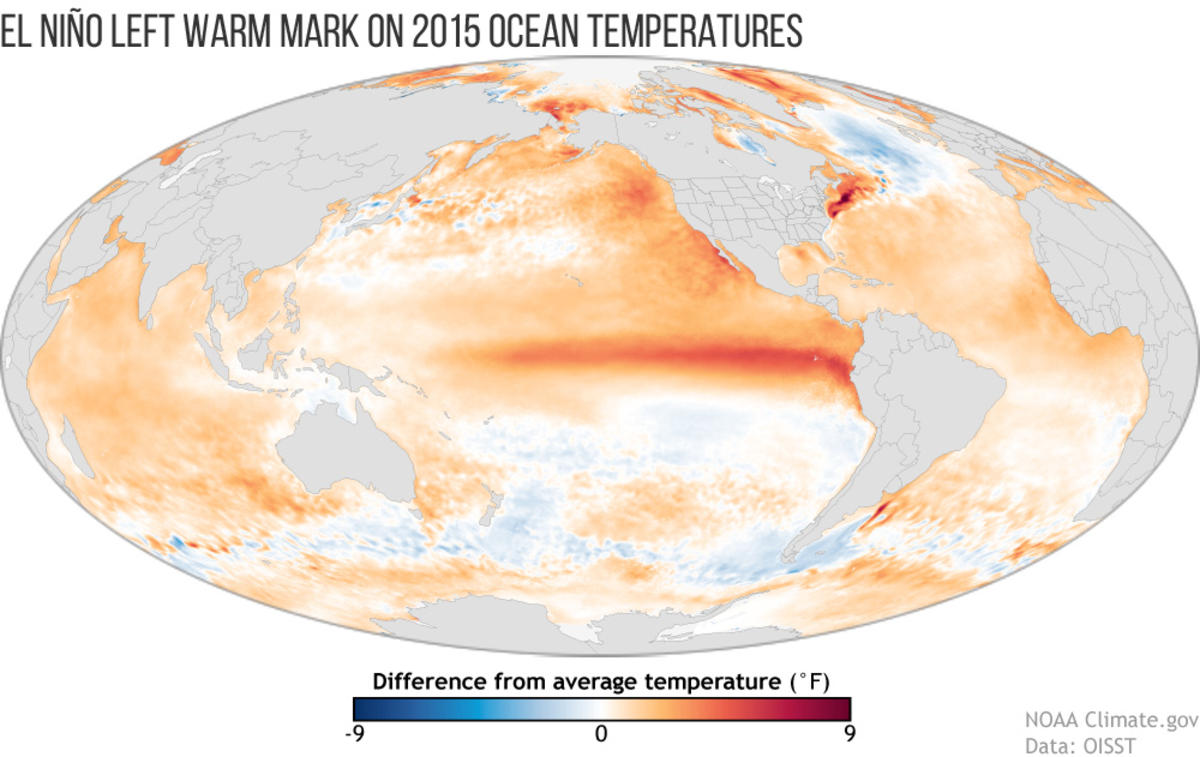 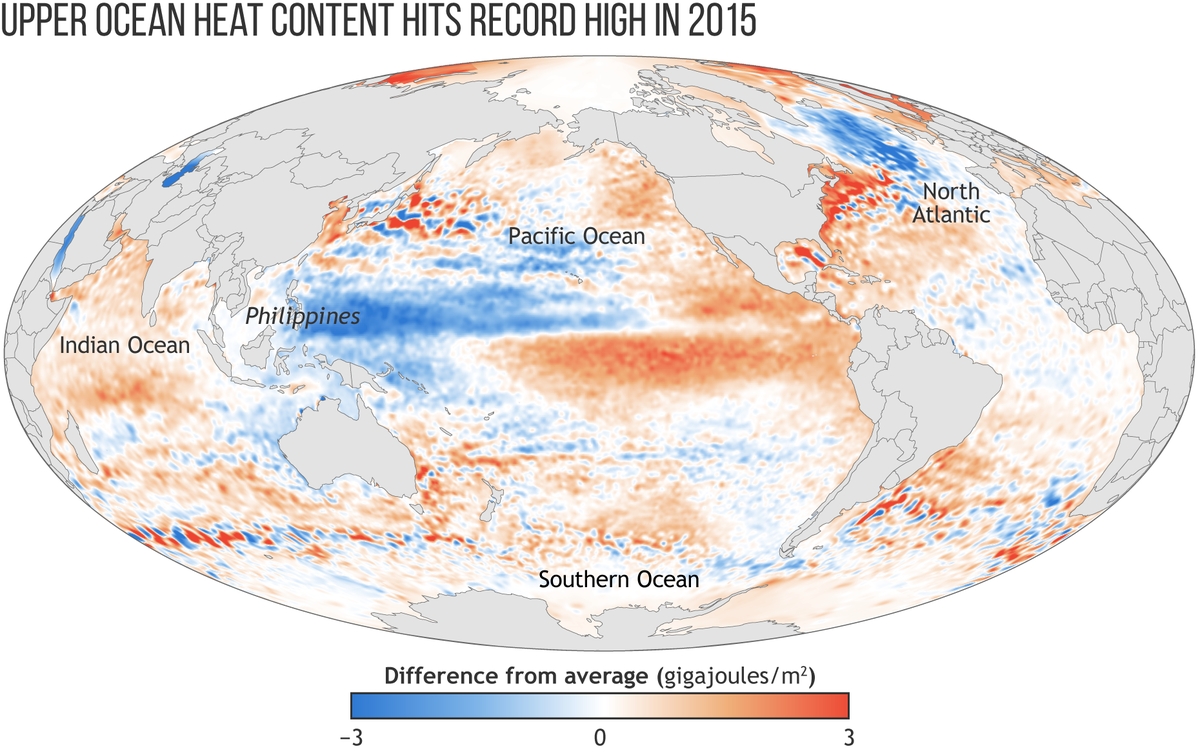 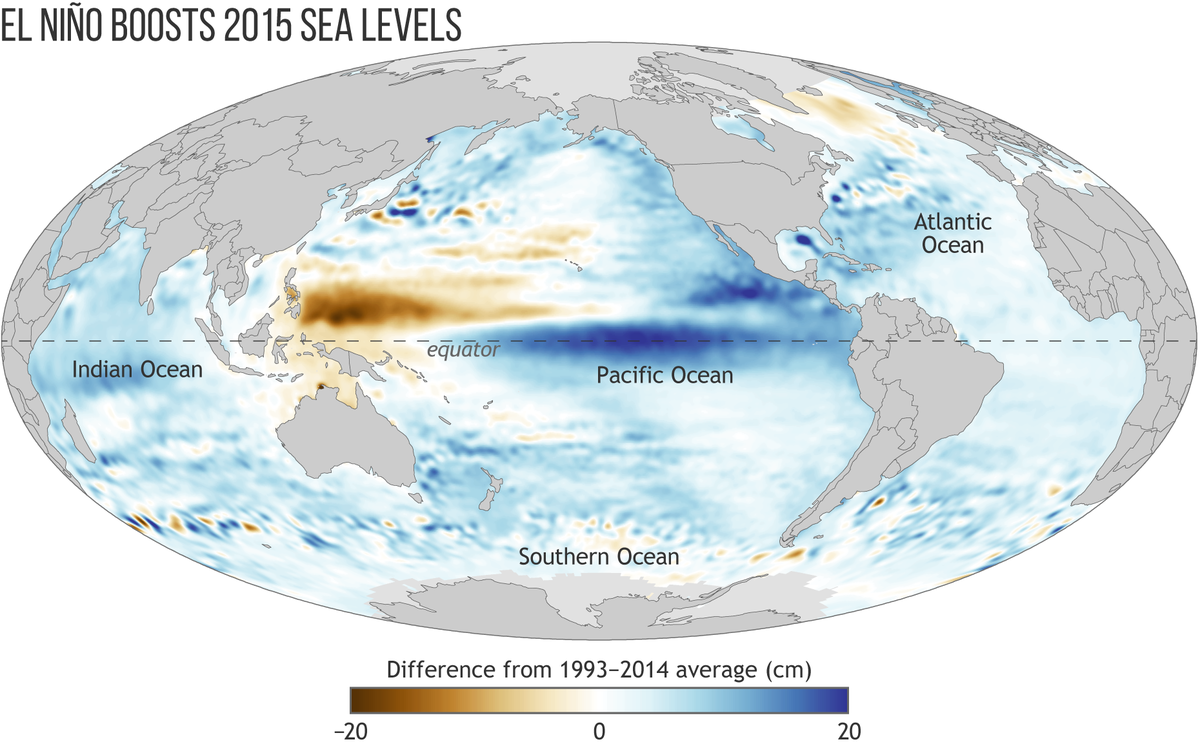 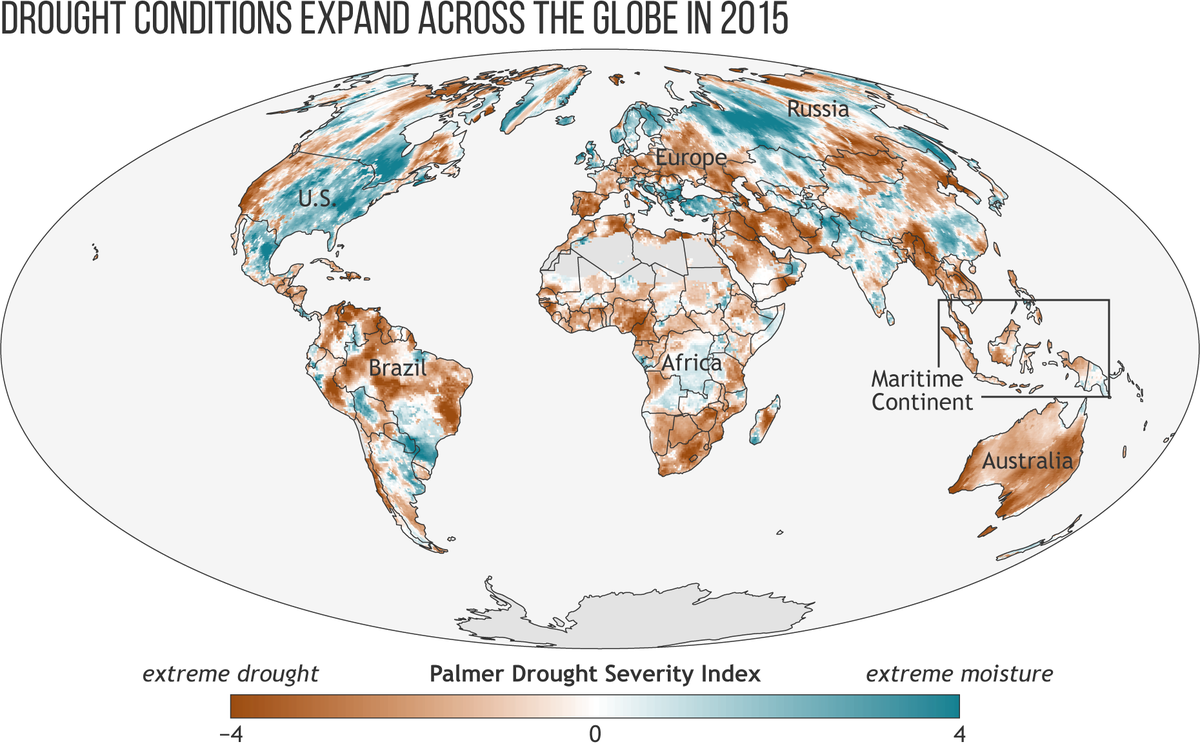 The State of the Climate in 2015 is the 26th edition in a peer-reviewed series published annually as a special supplement to the Bulletin of the American Meteorological Society. “The State of the Climate report continues to be critically important as it documents our changing climate. AMS is proud to work with so many from the science community to make this publication happen," said Keith Seitter, Executive Director of AMS. The journal makes the full report openly available online.

Assessing the U.S. Climate in November 2020

Assessing the Global Climate in 2020

Assessing the Global Climate in November 2019