According to the April 11, 2017, U.S. Drought Monitor, moderate to extreme drought covers 8.2% of the contiguous United States, a decrease from last week’s 9.8%. Areas in extreme drought also held steady for a second week at around 0.1%. No areas were in exceptional drought, the worst category.

Upper-level ridges in the jet stream brought warmer-than-normal temperatures to the central to northeastern parts of the contiguous United States during this U.S. Drought Monitor week, along with drier-than-normal weather from the Southwest to Mississippi River Valley. But, the jet stream flow across the North Pacific funneled a series of weather systems into the contiguous United States. The cool fronts and surface lows with these weather systems brought above-normal precipitation and cooler temperatures to parts of the country, especially in the West, Ohio Valley, and East. Much of the rain fell over drought areas in the Plains, Southeast, and Northeast, resulting in contraction of drought and abnormal dryness. 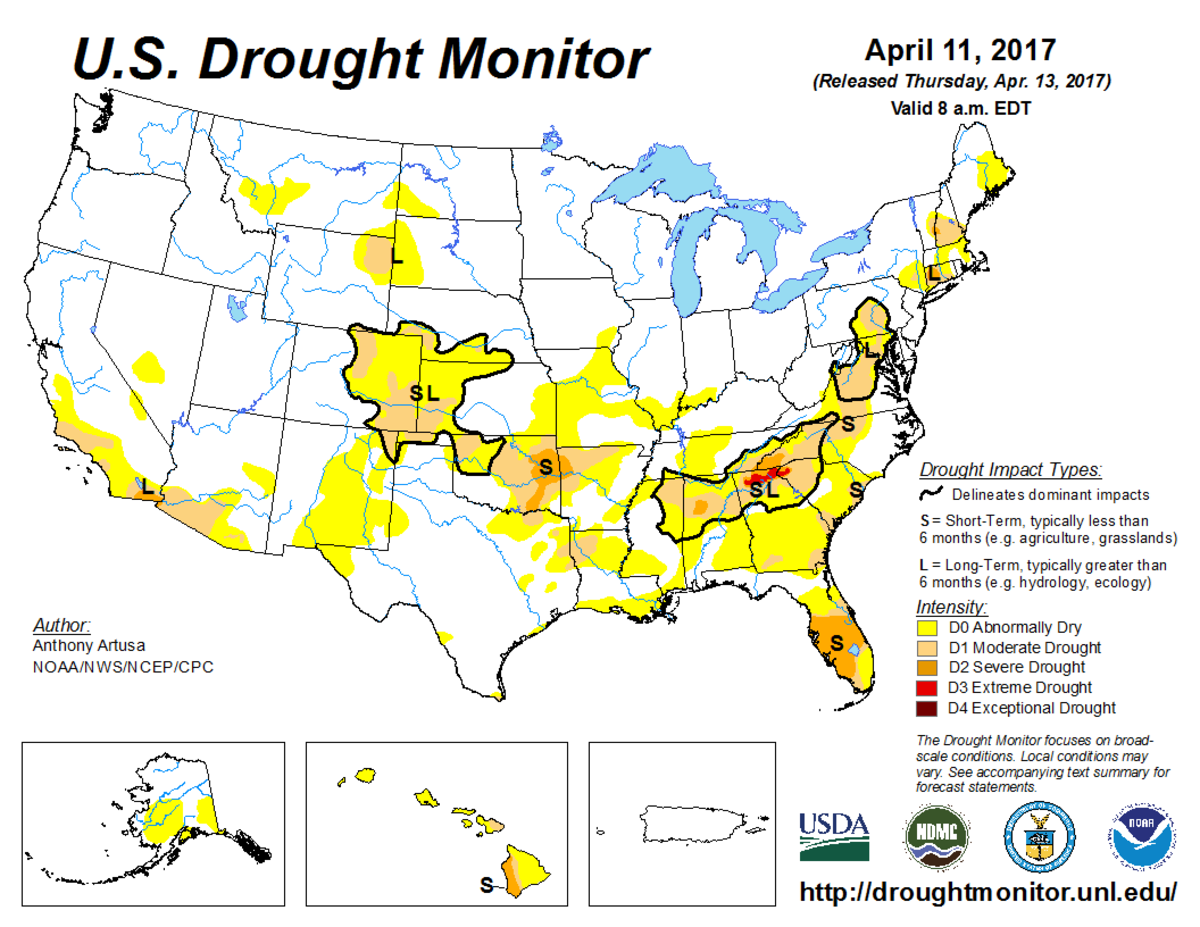 Get to know our billion-dollar weather and climate disasters information, how it’s calculated, what it tells us, and why it’s so important.

According to the January 16 U.S. Drought Monitor, moderate to extreme drought covers 33.0% of the contiguous U.S.

According to the August 27 U.S. Drought Monitor, moderate to extreme drought covers 10.5% of the United States including Puerto Rico.

According to the April 2 U.S. Drought Monitor, moderate to severe drought covers 5.4% of the United States.