In the Northern Hemisphere, spring is the time when the increasing sun angle warms the atmosphere and the jet stream retreats to the north. However, a meridional pattern in the atmospheric circulation resulted in several upper-level low-pressure systems becoming cut off from the jet stream as it retreated poleward. These cutoff lows rotated eastward across the northern contiguous United States, dragging surface lows and Pacific cold fronts along with them.

The surface systems were weak and disorganized as they crossed the West but picked up Gulf of Mexico moisture and intensified once they reached the Plains. They moved in a northeasterly direction from there, leaving behind above-normal precipitation across parts of the Gulf Coast states, central and northern Plains to the Mississippi River Valley, Great Lakes, and the Mid-Atlantic states.

Most of the West, southern to central Plains, and New England, as well as parts of the Southeast and northern Plains, were drier than normal this week. The cutoff lows brought cooler-than-normal temperatures to the Pacific Northwest, northern Rockies, and central Plains, with warmer-than-normal temperatures dominating the rest of the contiguous United States, especially in the Mexican border states and Great Lakes, Northeast, and Mid-Atlantic states.

Drought and abnormal dryness expanded or intensified across parts of the West, southern and northern Plains, and Northeast. Contraction occurred in the Upper Mississippi Valley and central Appalachians and a few other places. Expansion exceeded contraction, so the moderate to exceptional drought area expanded this week.

Abnormal dryness and drought are currently affecting over 153  million people across the United States including Puerto Rico—about 49.5% of the population. 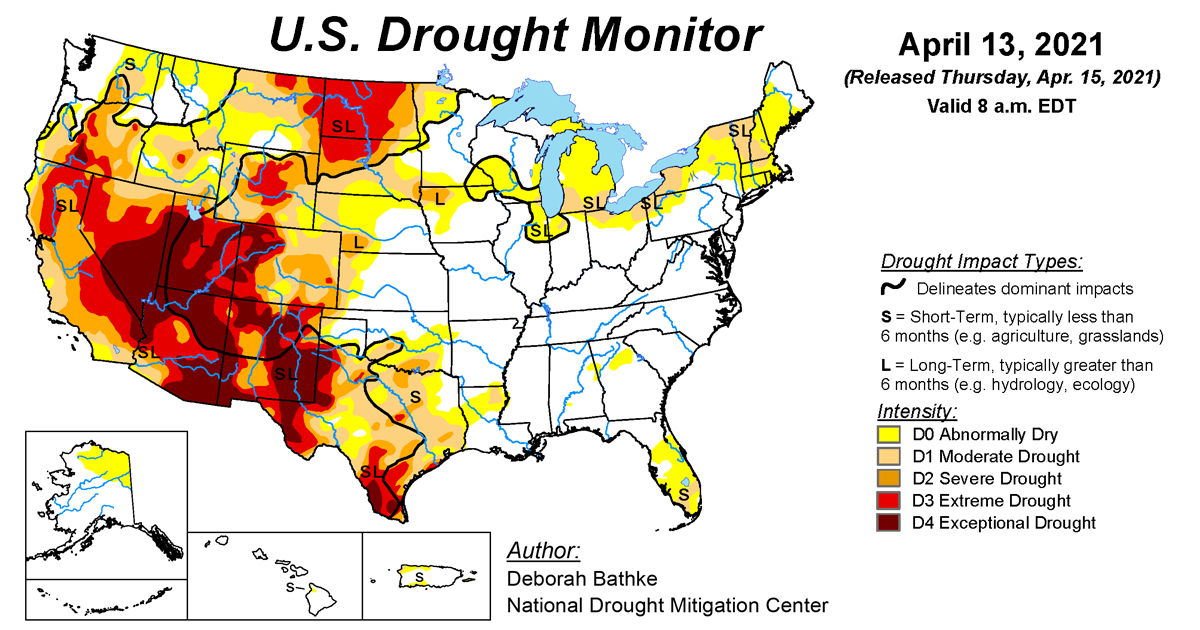 According to the July 14, 2020, U.S. Drought Monitormoderate to extreme drought covers 23.0% of the United States including