According to the April 2, 2019, U.S. Drought Monitor, moderate to severe drought covers 5.4% of the United States, an increase from last week’s 4.7%. There is currently no extreme or exceptional drought (the worst drought categories) in the U.S.—the same as last week.

A large high-pressure ridge continued to dominate the upper levels of the atmosphere over western North America during this USDM week, with an upper-level trough continuing over eastern Canada and extending across the U.S. East Coast. A northerly flow between the ridge and trough funneled dry Canadian air masses into the continental United States, keeping temperatures colder than normal for much of the country east of the Rockies. Pacific weather systems undercut the western ridge, bringing above-normal precipitation, along their track, to parts of the West, central Plains, and Midwest.

The Canadian cold fronts brought above-normal precipitation to parts of southern Texas and northern Florida as they approached the coast and tapped Gulf of Mexico moisture. Otherwise, this circulation regime left much of the country drier than normal. Clouds and precipitation associated with the Pacific weather systems prevented the western ridge from giving much of the West above-normal temperatures, so temperatures in the West averaged slightly below normal in some areas to slightly above normal in others. Drought or abnormal dryness contracted in southern Texas, the Colorado Rockies, and Puerto Rico, but expanded where below-normal precipitation persisted in other parts of Texas, the Southeast, and a little in the Pacific Northwest.

Abnormal dryness and drought are currently affecting over 53 million people across the United States—about 17% of the country’s population. 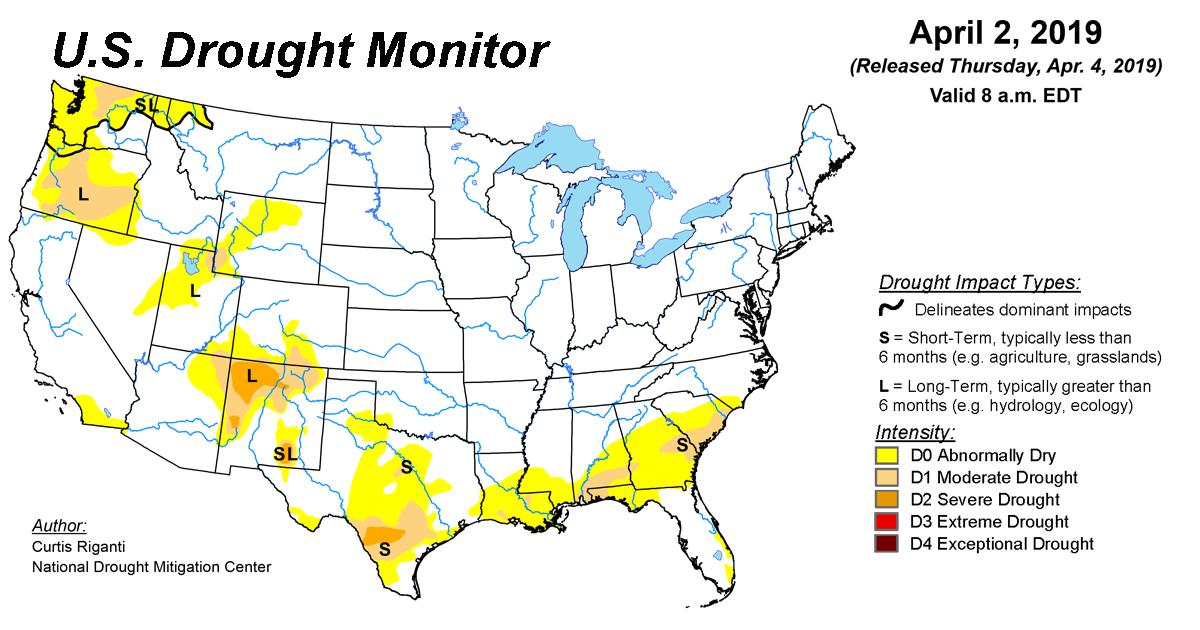