According to the April 21, 2020, U.S. Drought Monitor, moderate to extreme drought covers 12.3% of the United States including Puerto Rico, a slight increase from last week’s 12.1%. The worst drought categories (extreme to exceptional drought) increased from 0.1% last week to 0.4% this week.

The remnants of Pacific weather systems moved out of the Southwest and tracked along fronts stalled out over the southern Plains to Southeast where they picked up Gulf of Mexico moisture to bring above-normal precipitation to the Gulf Coast states. A few other areas had above-normal precipitation for the week, but otherwise most of the contiguous United States was drier than normal. Weekly temperatures were colder than normal across most of the contiguous United States, with only Florida and the extreme West Coast averaging warmer than normal. Drought and abnormal dryness contracted along the Gulf Coast and in parts of the northern Rockies, but expanded across parts of the West, Plains, and southern Florida.

Abnormal dryness and drought are currently affecting over 60 million people across the United States including Puerto Rico—about 19.3% of the population. 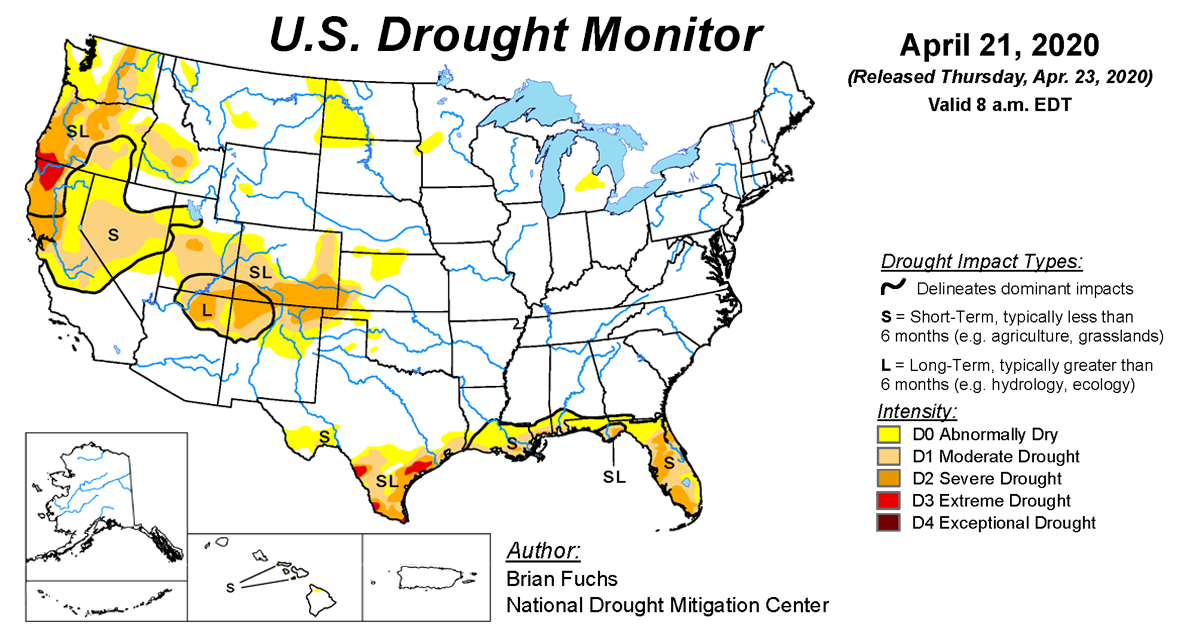 According to the April 24 U.S. Drought Monitor, moderate to exceptional drought covers 29.0% of the contiguous U.S.

According to the May 28 U.S. Drought Monitor, moderate to extreme drought covers 3.3% of the United States.