According to the August 14, 2018, U.S. Drought Monitor, moderate to exceptional drought covers 30.7% of the United States, an increase from last week’s 30.2%. Extreme and exceptional drought—the worst categories—contracted to cover 6.8% of the nation, down from 7.5% last week.

A high pressure ridge in the jet stream flow kept the West warmer than normal and quite dry during the week. A trough in the East with its surface lows and fronts brought above-normal rain to parts of the southern Plains, Midwest, and Southeast to Northeast.

Above-normal precipitation fell across southern Arizona, courtesy of the summer monsoon, while the monsoon under-performed across the rest of the Southwest this week. Temperatures were warmer than normal with little rainfall across the northern Plains to Great Lakes.

The week ended with a cutoff closed low meandering across the southern Plains and moving into the central Plains, leaving heavy rain and below-normal temperatures in its wake. The continued dryness in the West, Midwest, and northern Plains expanded drought and abnormal dryness, while the rains in the South reduced drought intensity and/or area.

Abnormal dryness and drought are currently affecting over 132 million people across the United States—about 42.6% of the country’s population. 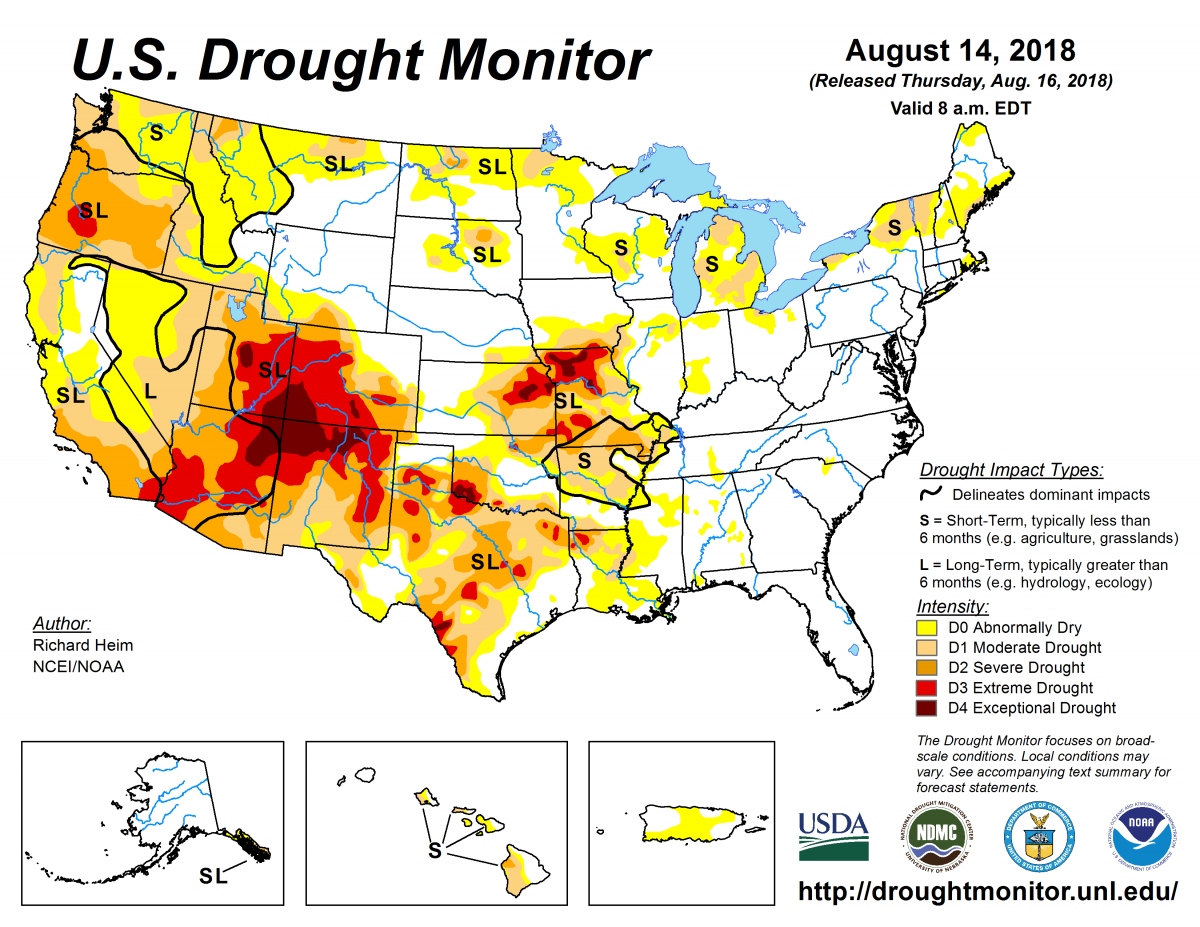 According to the August 4 U.S. Drought Monitor, moderate to extreme drought covers 28% of the United States including Puerto Rico.