The upper-level circulation during this U.S. Drought Monitor week consisted of a strong ridge/trough pattern. The ridge over the western contiguous United States kept temperatures warmer than normal and deflected Pacific weather systems away from the region and into western Canada. The trough over the eastern contiguous United States funneled cool Canadian air masses into the region, keeping temperatures below normal. Showers and thunderstorms developed along and ahead of some of the cold fronts, but they gave above-normal precipitation to only a few areas, including parts of the central to northern Plains and Upper Midwest.

Above-normal rain fell across parts of the Atlantic Coast due to Potential Tropical Cyclone 10, but much of the eastern contiguous United States, like most of the western contiguous United States, was drier than normal this week. A notable exception was the Southern Plains, where Texas and Louisiana were inundated by unprecedented and record-setting rains from Hurricane Harvey. The northwesterly flow in the upper levels of the atmosphere over the central part of the contiguous United States resulted in weak steering currents for Harvey, so the hurricane stalled out over the Texas coast as it made landfall. With day after day of heavy tropical rainfall, widespread flooding resulted.

Abnormal dryness and drought are currently affecting over 66.1 million people across the United States—about 21.3% of the country’s population. 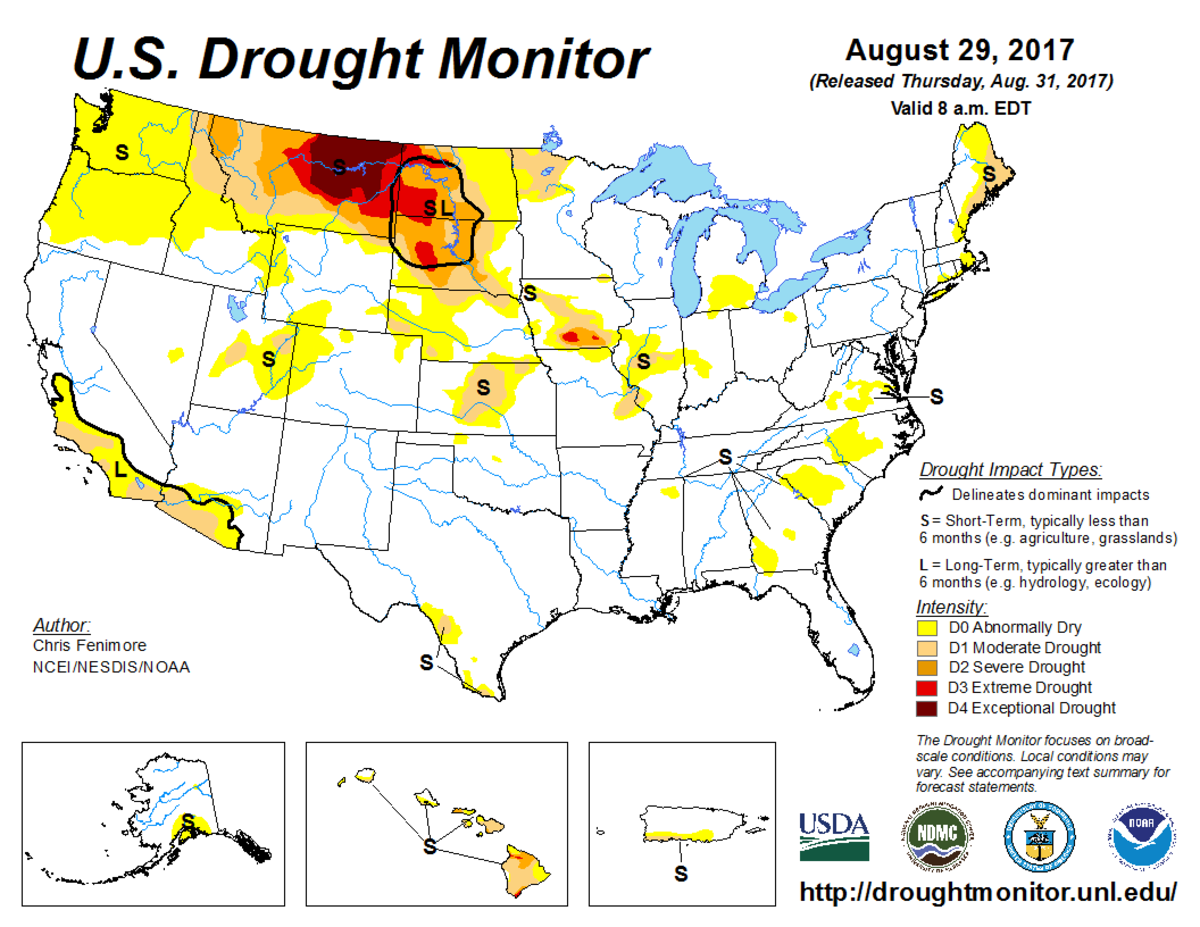 According to the May 30 U.S. Drought Monitor, moderate to extreme drought covers 5.3% of the contiguous U.S.

According to the March 5 U.S. Drought Monitor, moderate to exceptional drought covers 10.4% of the United States.

According to the February 26 U.S. Drought Monitor, moderate to exceptional drought covers 10.7% of the United States.