During the week, a series of Pacific weather systems flew into the contiguous United States along a strong jet stream flow. The storms intensified within an upper-level low pressure trough, spreading above-normal rain and snow across much of the West. The surface low pressure systems and their associated fronts weakened as they crossed the Rockies, but rejuvenated when they reached the Plains and Southeast. Some tracked north, dropping above-normal precipitation across the central Plains to Great Lakes and Northeast, while others tapped Gulf of Mexico moisture to bring above-normal precipitation to the region from the Tennessee Valley to Mid-Atlantic coast.

Abnormal dryness and drought are currently affecting over 46 million people across the United States—about 14.9% of the country’s population. 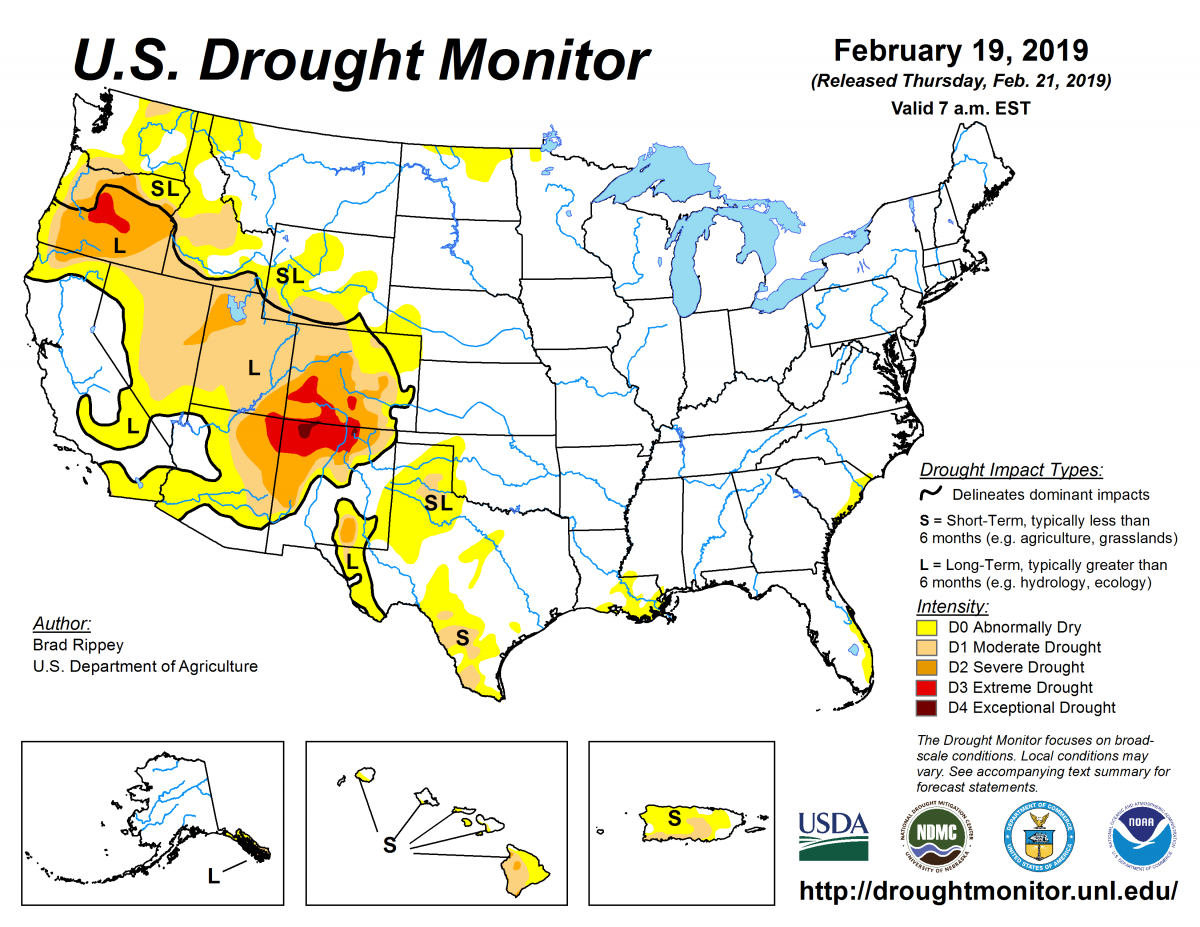 According to the January 11, 2022, U.S. Drought Monitor, moderate to exceptional drought covers 46.0% of the United States