The rest of the contiguous United States was drier than normal with much of the southern and northern Plains receiving little to no precipitation. The Pacific weather systems brought cooler-than-normal weekly temperatures to the Southwest, central Plains, and Midwest to East Coast. An upper-level ridge shifted toward the middle of the country, helping to keep much of the Northwest to northern Plains, and parts of the southern Plains, warmer than normal.  Drought or abnormal dryness contracted or decreased in intensity over parts of the West, central Plains, and Midwest where above-normal precipitation fell, as well as in Hawaii.  Drought or abnormal dryness intensified or expanded in the northern Rockies, southern Plains, and Southeast.  Drought contraction exceeded expansion, so the overall U.S. drought footprint decreased a little this week.

Abnormal dryness and drought are currently affecting over 124  million people across the United States including Puerto Rico—about 40.0% of the population. 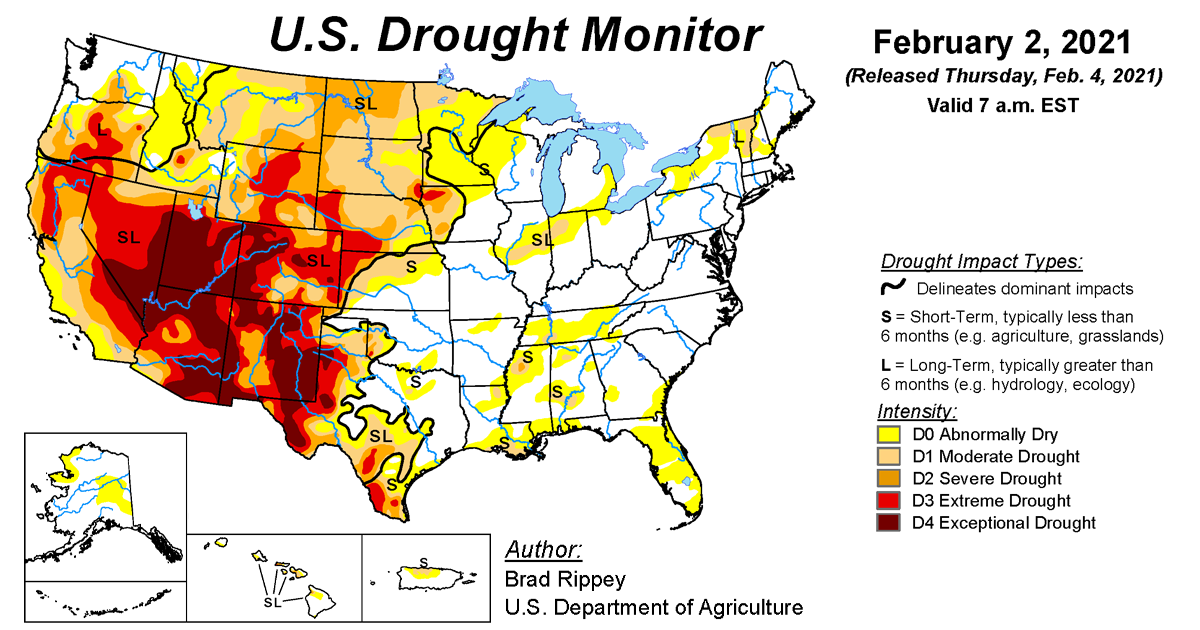 According to the August 30, 2022, U.S. Drought Monitor, moderate to exceptional drought covers 38.2% of the United States

According to the January 31, 2023 U.S. Drought Monitor, moderate to exceptional drought covers 35.7% of the United States

According to the February 27, 2018, U.S. Drought Monitor, moderate to extreme drought covers 31.3% of the contiguous United