The atmospheric circulation over the contiguous United States shifted from a cold arctic pattern to a milder Pacific pattern. The deep upper-level trough over central North America moderated and shifted eastward. As the upper-level trough shifted eastward, so did the frigid arctic air masses and their associated surface cold fronts. Pacific weather systems continued migrating through the jet stream flow, at first tracking along the edge of the trough and spreading precipitation along the Gulf of Mexico and East coasts, then later taking a more northerly route. By week’s end, colder-than-normal temperatures covered almost all of the contiguous United States, with only the Florida peninsula averaging warmer than normal for the week.

Weekly precipitation totals were above normal along the Southeast to Mid-Atlantic Coast and spotty areas along the Mississippi River, Rockies, and Pacific Northwest, but drier than normal across most other areas. The Southwest and much of the Plains and Midwest were especially drier than normal. Drought or abnormal dryness expanded or intensified in Nevada and parts of the Plains, but contracted or lessened in intensity in parts of the Pacific Northwest, Rockies, Rio Grande Valley, and Southeast. Drought expansion was more than contraction, so the overall U.S. drought footprint increased this week.

Abnormal dryness and drought are currently affecting over 114  million people across the United States including Puerto Rico—about 36.8% of the population. 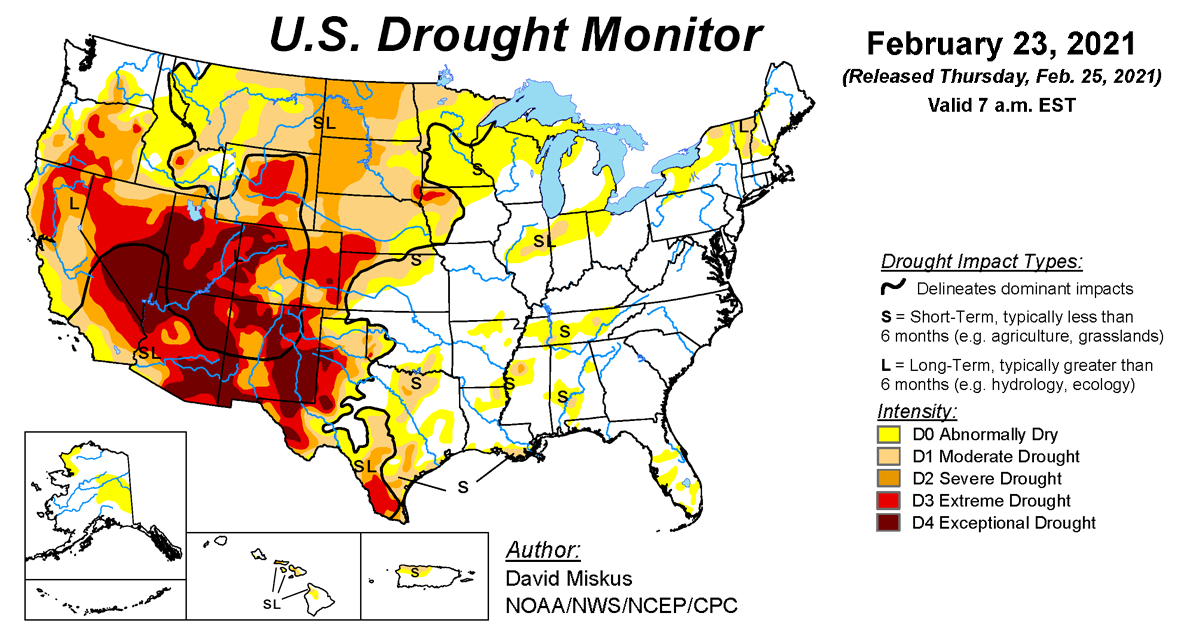 During the summer months, most areas in the United States approach their highest temperatures for the year. To give you a better