The week began with a strong upper-level trough over eastern North America and an upper-level ridge over western North America. The trough pummeled the eastern contiguous United States with cold arctic air while warmer-than-normal temperatures dominated the West. By the end of the week, the circulation pattern flipped with a trough over the West and ridge over the East.

When averaged for the week, colder-than-normal temperatures dominated the northern states and warmer-than-normal temperatures were the rule in the Southwest to South. Three potent Pacific weather systems crossed the country during the week, spreading widespread above-normal precipitation across the West and northern Plains. With the shifting circulation pattern, most of the Plains to East Coast were left drier than normal. The end result was contraction of drought and abnormal dryness in parts of the West, northern Plains, and southern Florida, and expansion in parts of the High Plains and Texas.

Abnormal dryness and drought are currently affecting over 61 million people across the United States—about 19.8% of the country’s population. 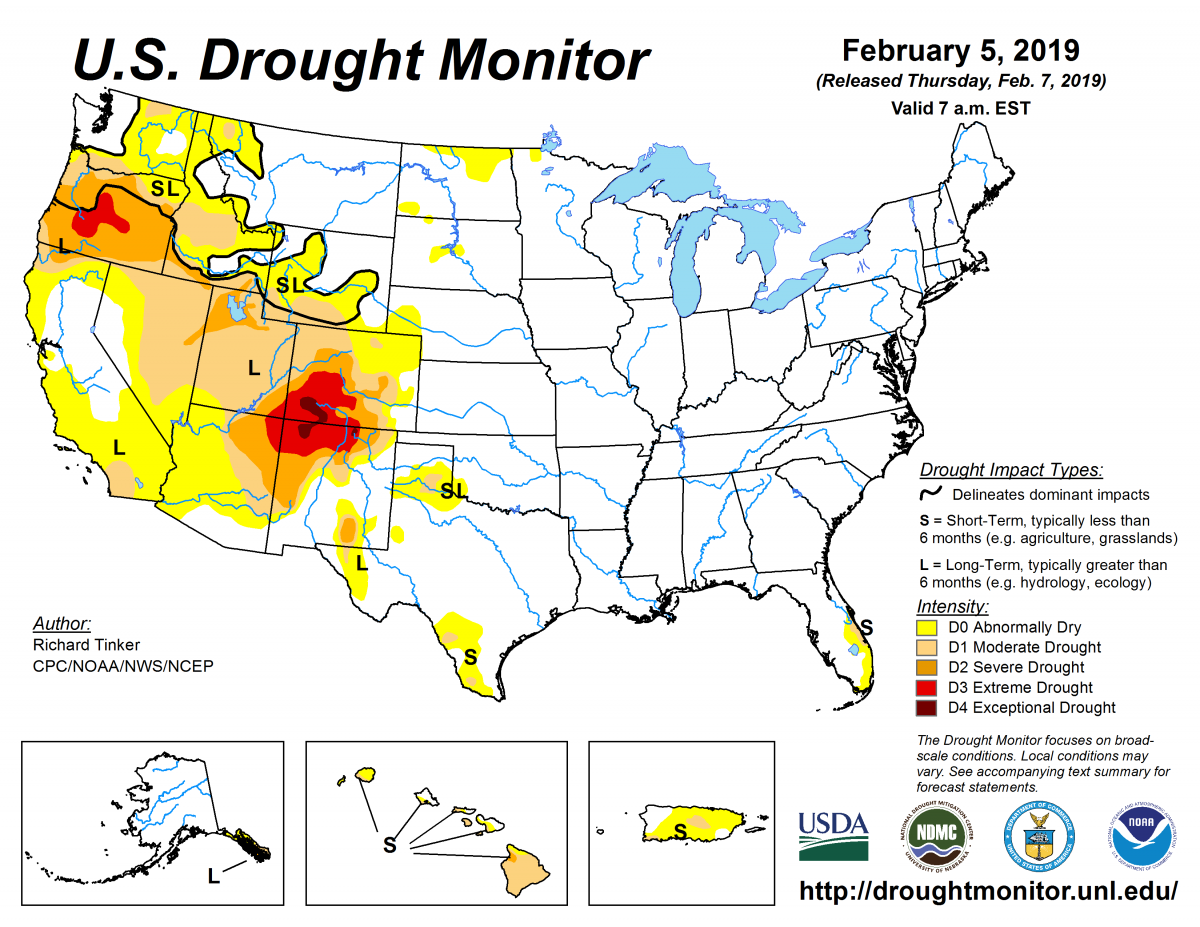 According to the February 6, 2018, U.S. Drought Monitor, moderate to extreme drought covers 39.6% of the contiguous United

According to the April 23, 2019, U.S. Drought Monitor, moderate to severe drought covers 2.6% of the United States, a decrease