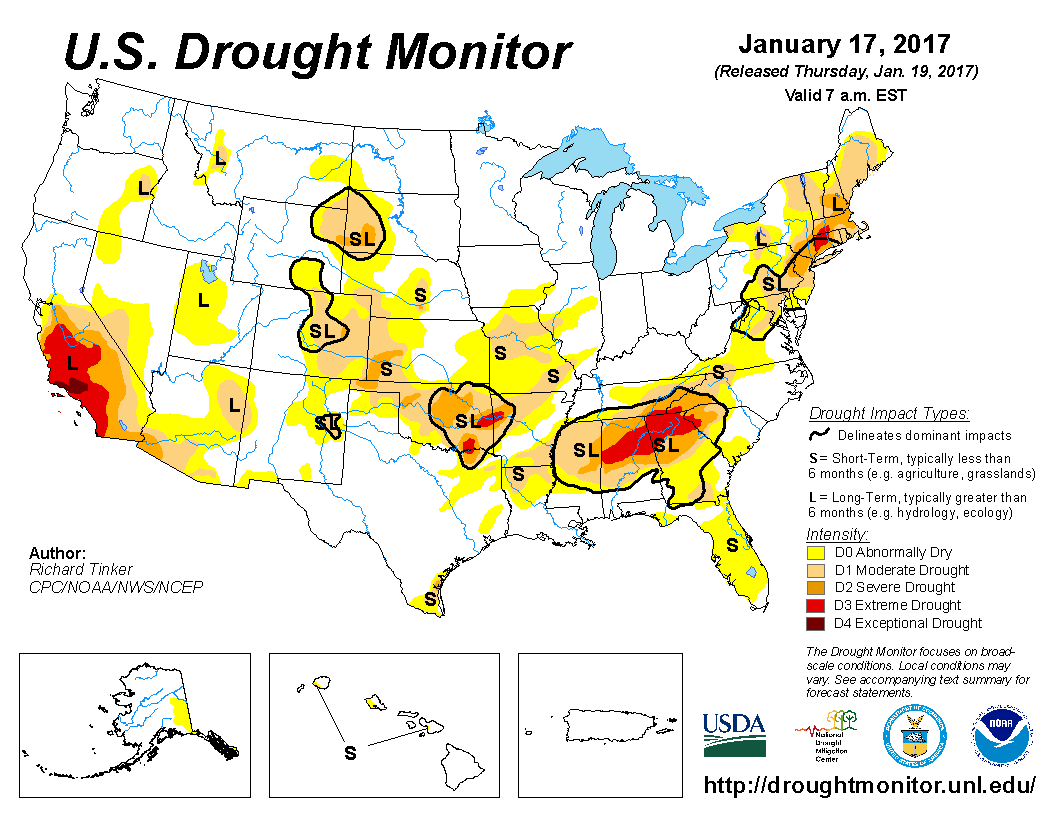 According to the February 19 U.S. Drought Monitor, moderate to exceptional drought covers 13.1% of the United States.

According to the October 27 U.S. Drought Monitor, moderate to exceptional drought covers 38.8% of the United States including Puerto Rico.

The November 22–30, 1950, Great Appalachian snowstorm ranked as a Category 5 event for the Ohio Valley on the Regional Snowfall Index.