According to the January 2, 2018, U.S. Drought Monitor, moderate to extreme drought covers 27.7% of the contiguous United States, an increase from last week’s 26.4%. Extreme drought held steady for a second week, covering 0.8% of the Lower 48. And, exceptional drought remained absent from the Nation for a 12th consecutive week.

During this U.S. Drought Monitor week, the upper-level circulation maintained a huge trough over the central to eastern contiguous United States while a ridge weakly held on in the West. Weather systems moved through this upper-level jet stream flow, reinforcing the eastern trough and maintaining its grip on the nation.

With an almost due northerly flow over central North America, the jet stream funneled a series of very cold Canadian and arctic air masses into the central and eastern contiguous United States, keeping most of the country east of the Rockies in a deep freeze. The western ridge kept most of the West warmer than normal.

Pacific weather systems slammed into the western ridge, bringing above-normal precipitation to parts of the Pacific Northwest to northern Plains, where drought and abnormal dryness contracted, and some precipitation fell along the Gulf of Mexico Coast along the leading edge of cold fronts. But, this circulation pattern kept most of the country drier than normal, with drought and abnormal dryness expanding in areas from the Southwest to East Coast.

Abnormal dryness and drought are currently affecting over 147 million people across the United States—about 47.4% of the country’s population. 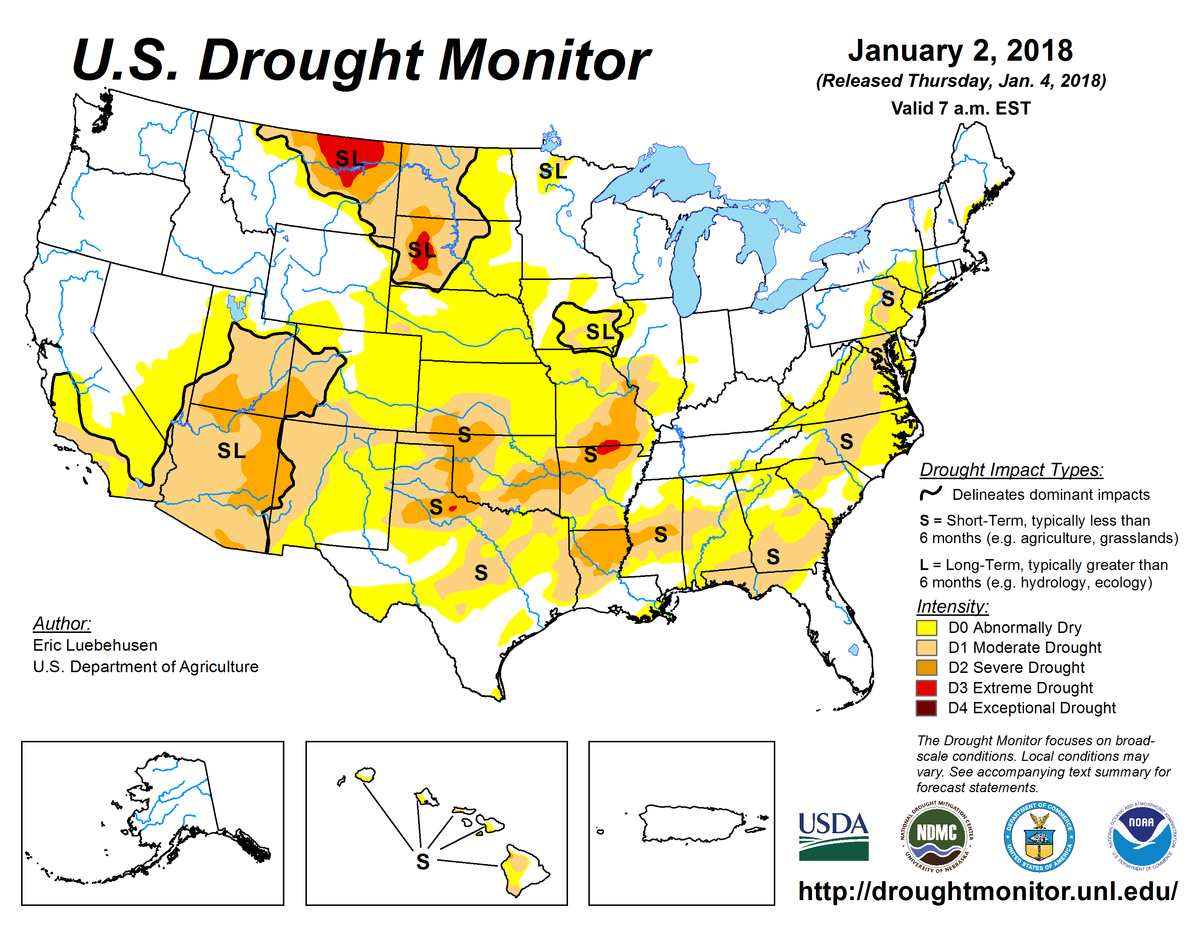 According to the November 13 U.S. Drought Monitor, moderate to exceptional drought covers 17.9% of the U.S.