A series of Pacific weather systems moved across the contiguous United States. The weather systems consisted of upper-level “short-wave” troughs, each with an associated surface low-pressure center and cold front. These systems generally tracked west to east, one after the other. They brought above-normal precipitation to parts of the Pacific Northwest and northern Rockies, but because of their westerly track, they quickly dried out and left much of the Southwest, Great Plains, and Great Lakes drier than normal.

When they moved into the eastern United States, they drew in Gulf of Mexico moisture and generated above-normal precipitation across the Lower Mississippi and Ohio Valleys and Southeast. The moisture mostly missed the Northeast and coastal Southeast, which ended the week drier than normal. Pronounced “long-wave” ridges and troughs were generally absent in the mostly westerly jet stream flow, so temperatures averaged warmer than normal during the week across most of the contiguous United States, except for the Southwest.

Abnormal dryness and drought are currently affecting over 41 million people across the United States including Puerto Rico—about 13.4% of the population. 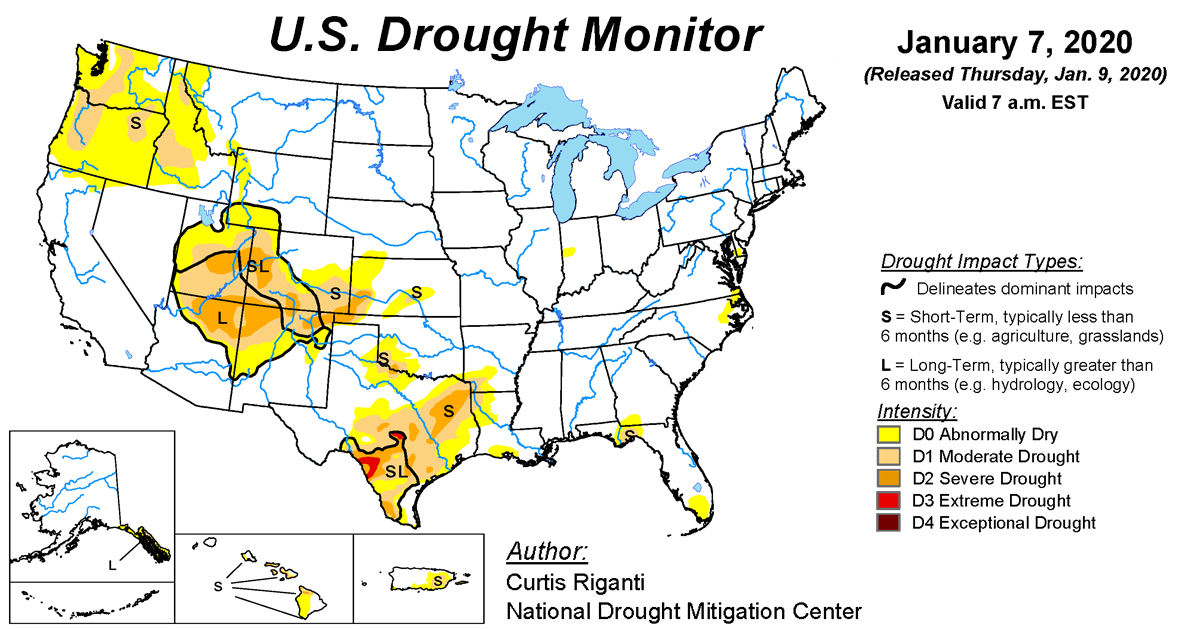 According to the October 15, 2019, U.S. Drought Monitor, moderate to extreme drought covers 18.5% of the United States including