A strong ridge of high pressure maintained its grip over the western continental U.S., while the Bermuda High continued off the southeast Atlantic coast. A couple upper-level Pacific weather systems weakened as they migrated through the western ridge, but were re-energized when they reached the Mississippi Valley.  Cold fronts hitched a ride with the Pacific weather systems as they moved across the Plains and Midwest. The circulation around the Bermuda High funneled Gulf of Mexico moisture into the eastern continental U.S. The moisture collided with the cold fronts, resulting in above-normal precipitation across much of the country from the southern Plains to Southeast and Ohio Valley to Northeast. Meanwhile, monsoon showers brought above-normal rainfall to parts of the Southwest. Cooler-than-normal temperatures accompanied the rain across the southern and central Plains, Ohio Valley to Great Lakes, Southeast, and New England. The western ridge kept most of the West, and parts of the northern Plains, warmer and drier than normal.

Drought and abnormal dryness contracted in parts of the Southwest, central Plains, Great Lakes, and Northeast where beneficial rains fell.  But drought and abnormal dryness intensified or expanded where little to no rain fell in northern parts of the West, northern Plains to Upper Mississippi Valley, and Maine, as well as parts of Alaska and Hawaii. Overall, expansion exceeded contraction, with the nationwide moderate to exceptional drought area increasing this week. Drought intensified in the worst-hit regions, with the extreme to exceptional drought area also increasing this week, reaching a record high of 21.4%. The previous record high percent area in extreme to exceptional drought was 20.2% which occurred on August 7, 2012 and tied just last week.

Abnormal dryness and drought are currently affecting over 95 million people across the United States including Puerto Rico—about 30.7% of the population. 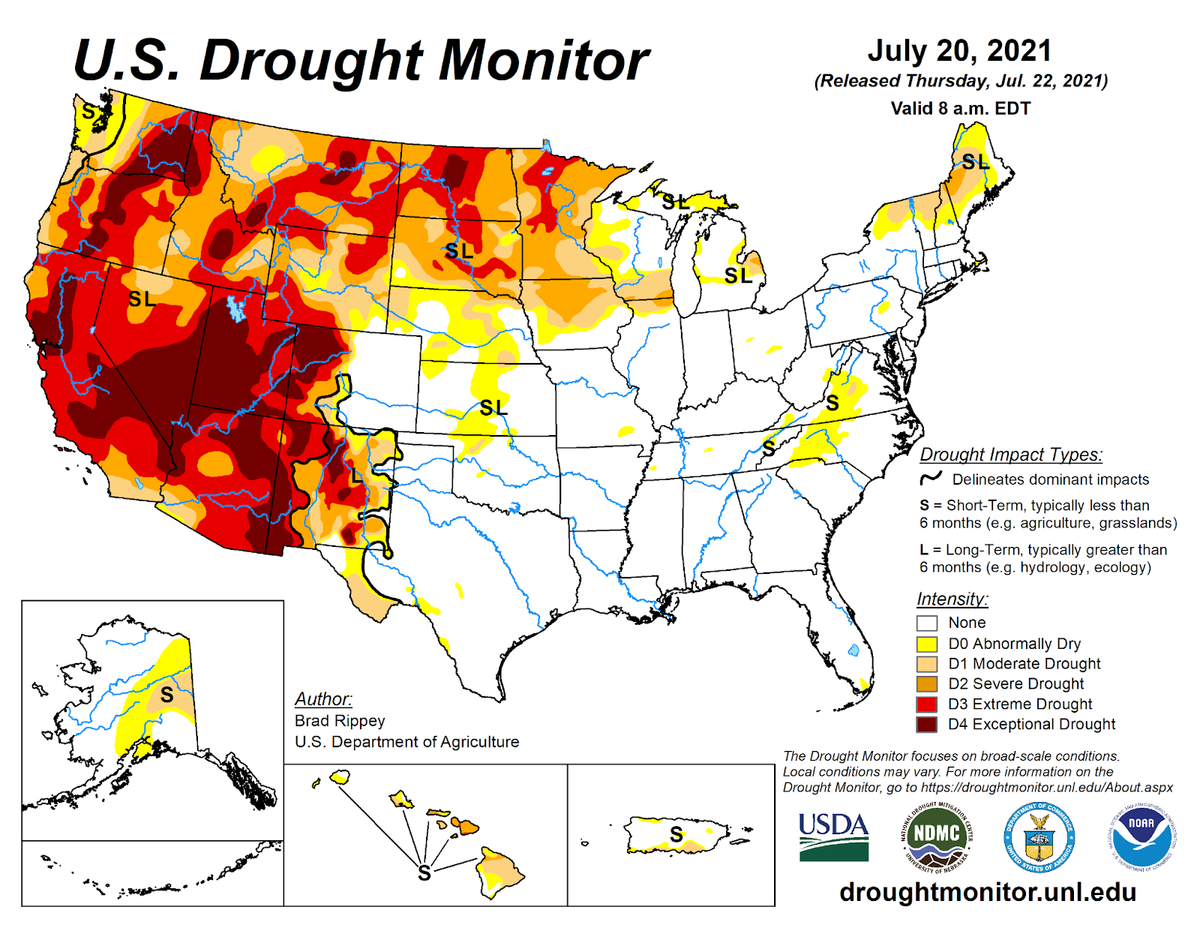 According to the February 22, 2022, U.S. Drought Monitor, moderate to exceptional drought covers 48.2% of the United States