According to the July 3, 2018, U.S. Drought Monitor, moderate to exceptional drought covers 24.8% of the United States, an increase from last week’s 24.1%. Extreme and exceptional drought—the worst categories—also expanded slightly to cover 7.0% of the nation, up from 6.9% last week.

Upper-level low pressure systems moved across the northwestern United States and northern tier states during this U.S. Drought Monitor week, while high pressure dominated much of the contiguous United States east of the Rockies. Fronts and surface lows, associated with these upper-level systems, brought widespread rain to parts of the northern Rockies, much of the central to northern Plains, Upper Mississippi River Valley, and Northeast. Some of the fronts spread southward and interacted with another low pressure system to bring above-normal precipitation to the Southeast.

The week was drier than normal across much of the West, southern Plains, and Mid-Atlantic region. Temperatures were cooler than normal in the northwestern United States under the influence of the upper-level lows, but remained warmer than normal across most of the Lower 48 east of the Rockies where the upper-level high pressure ridge dominated. As a result of this weather pattern, drought and abnormal dryness contracted in parts of the Plains to Tennessee River Valley, but expanded across much of the southern Plains to Mid-Mississippi Valley.

Abnormal dryness and drought are currently affecting over 114 million people across the United States—about 36.7% of the country’s population. 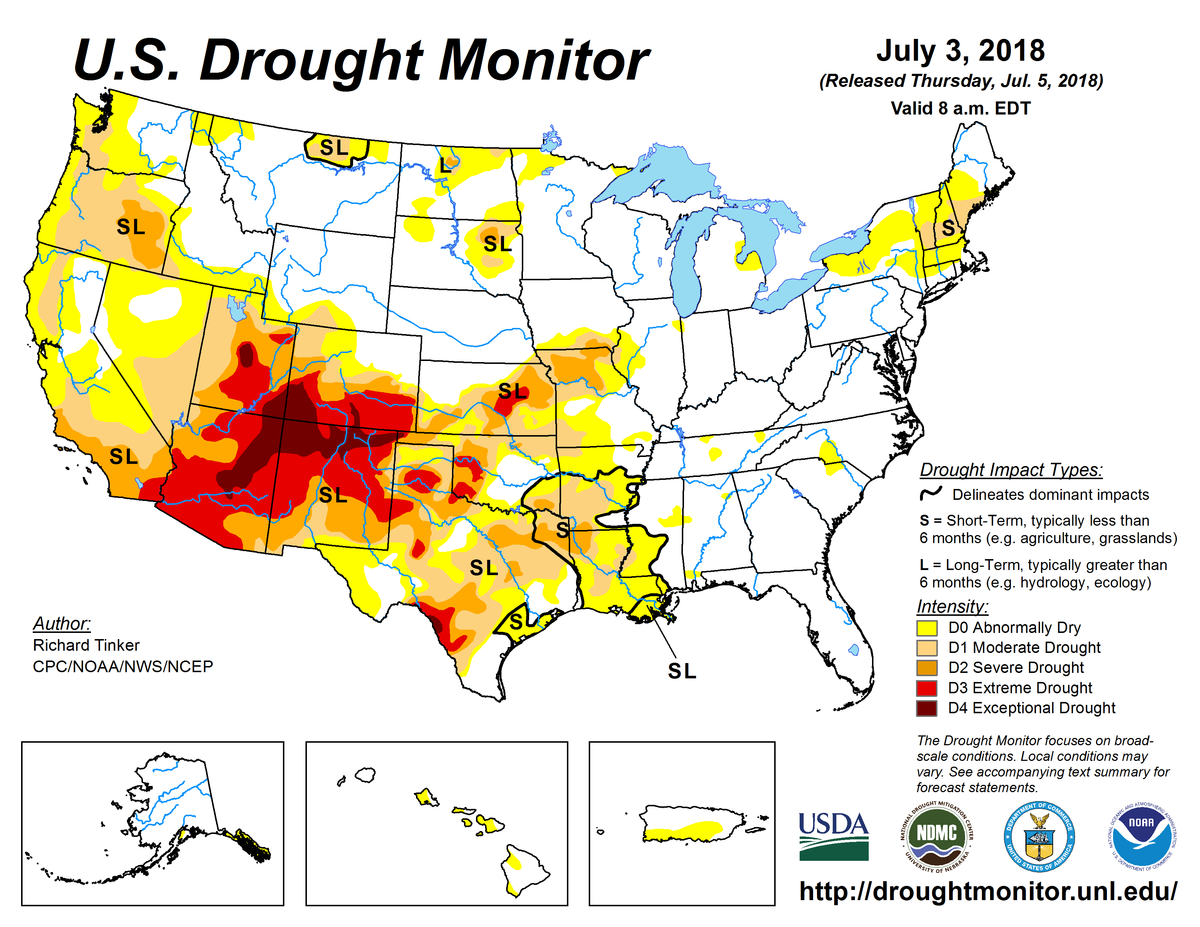 According to the February 11, 2020 U.S. Drought Monitor, moderate to extreme drought covers 8.9% of the United States including Puerto Rico.

According to the November 26 U.S. Drought Monitor, moderate to extreme drought covers 12.0% of the United States including Puerto Rico.