During this U.S. Drought Monitor week, a stalled cold front dropped above-normal precipitation across the coastal Southeast, especially Florida where rain was locally heavy. A large upper-level trough and closed low moved slowly across the West, bringing above-normal precipitation to areas from the Pacific Northwest and northern California to the northern Rockies. The upper-level low also triggered severe weather in parts of the High Plains.

In between the western trough and eastern front, a ridge of high pressure developed in the upper-level flow to the east of the trough. Clear skies and a southerly flow beneath the ridge brought above-normal temperatures to the Great Basin and much of the Rocky Mountains, Great Plains, Great Lakes, and Northeast.

The high pressure ridge also inhibited precipitation across much of the Southwest, Southern to Central Plains, and Midwest to Atlantic Coast. As a result, drought contracted in Florida beneath the deluge of rain, but the lack of precipitation and hot temperatures of recent weeks have dried soils and stressed some crops in the Midwest, where drought and abnormal dryness was introduced or expanded. 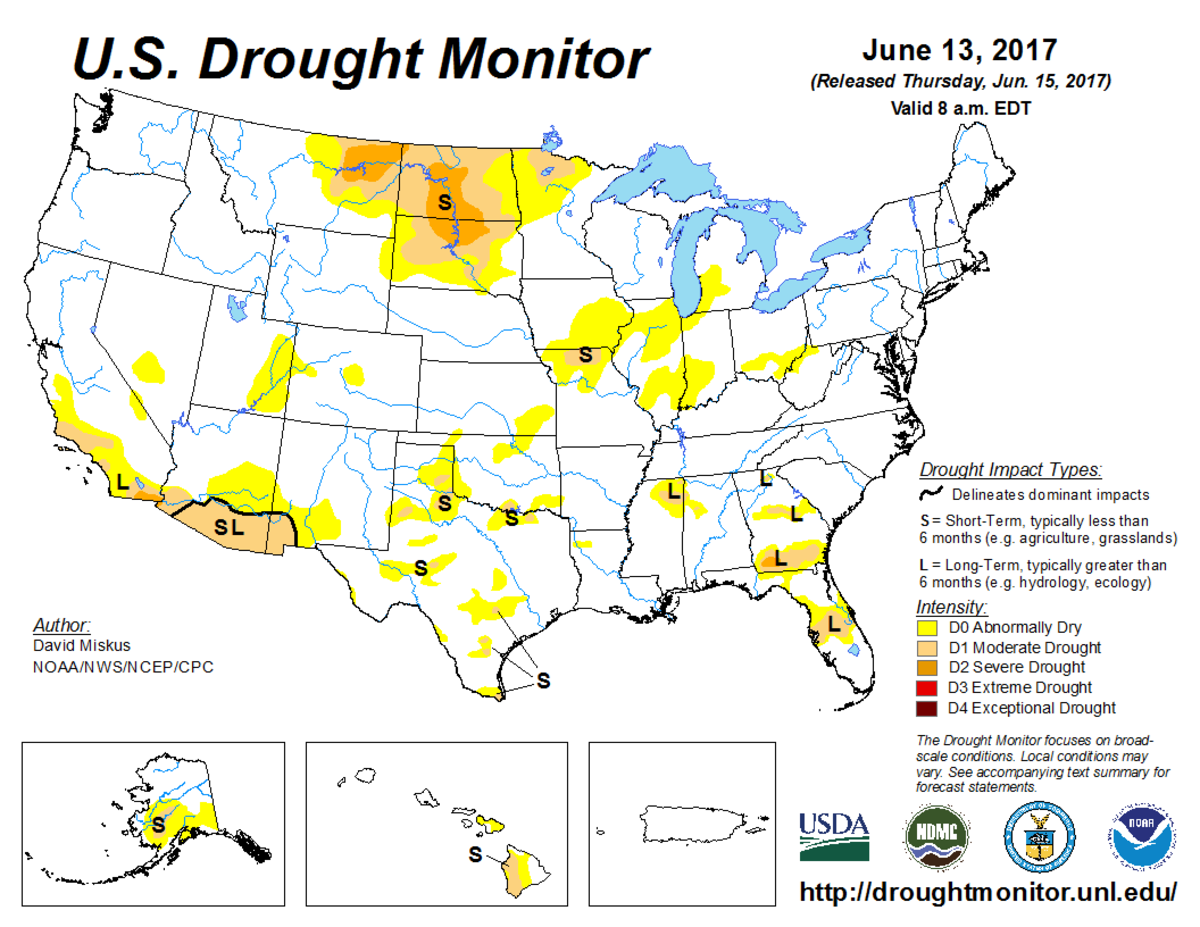