A strong high pressure ridge was anchored across the central half of the contiguous United States (CONUS) during this USDM week (June 15-21). Upper-level troughs of low pressure battled against the ridge over the West and Northeast. This circulation pattern resulted in much warmer-than-normal temperatures for the week across the Great Plains to Great Lakes and Southeast, and cooler-than-normal temperatures over the West and Northeast. The ridge, with its hot dry air, suppressed precipitation, so most of the country east of the Rockies was drier than normal. A robust Southwest Monsoon brought above-normal rainfall to the Four Corners states, and Pacific weather systems moving in a northern storm track gave parts of the Pacific Northwest a wetter-than-normal week, but the week was drier than normal elsewhere across the West. Some Pacific weather systems were deflected across the northern edge of the high pressure ridge and brought areas of precipitation to the northern Plains and Upper Midwest.

Abnormal dryness and drought are currently affecting over 155 million people across the United States including Puerto Rico—about 49.9% of the population. 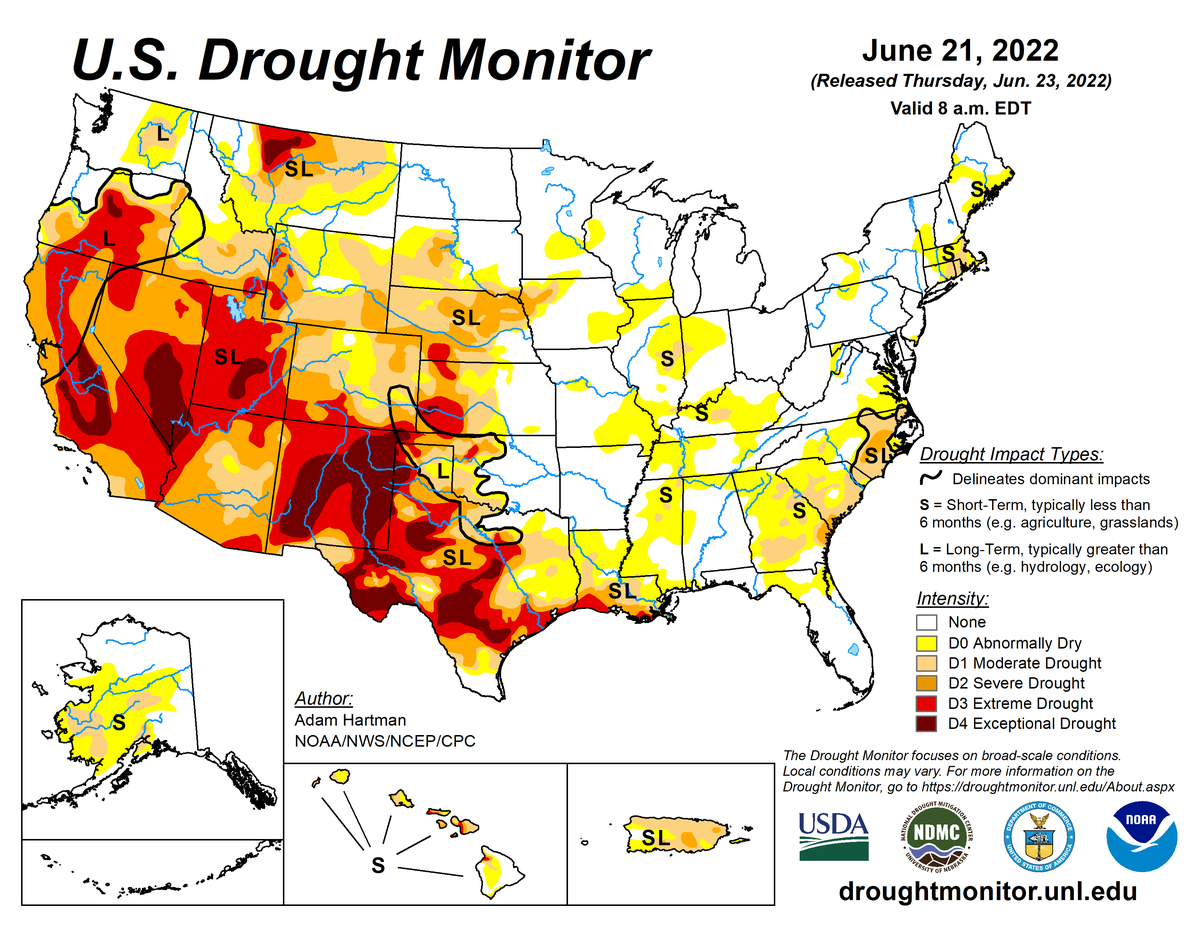 According to the May 31, 2022, U.S. Drought Monitor, moderate to exceptional drought covers 41.4% of the United States including