According to the June 25, 2019, U.S. Drought Monitor, moderate to extreme drought covers 3.3% of the United States, a decrease from last week’s 4.0%. For the sixth week in a row, the worst drought categories (extreme to exceptional drought) remained at 0.14%.

High pressure sat over the Gulf of Mexico and well off the west coast over the North Pacific, while low pressure troughs in the upper atmosphere dominated much of the continental United States. Pacific cold fronts and their associated surface lows migrated across the country within the upper-level trough. The cooler Pacific air masses and associated cloudiness brought below-normal temperatures to most of the continental United States, with near- to warmer-than-normal temperatures keeping to the southern Plains to Southeast and across interior portions of California. The fronts tapped Gulf of Mexico moisture to spread above-normal precipitation across much of the Plains, Midwest, and Northeast, as well as parts of the drought-ravaged Southeast, while much of the West was drier than normal for the week.

Below-freezing temperatures in the atmosphere associated with the upper-level trough and Pacific cold fronts, combined with leftover Pacific moisture supplemented by Gulf of Mexico moisture, resulted in accumulating snow in the northern and central Rockies. The rain that fell this week contracted drought and abnormal dryness in parts of the northern Plains and Southwest to Southeast, while expansion occurred in parts of the northern Rockies and central Gulf Coast, where precipitation continued to be below normal.

Abnormal dryness and drought are currently affecting more than 28 million people across the United States—about 9.2% of the country’s population. 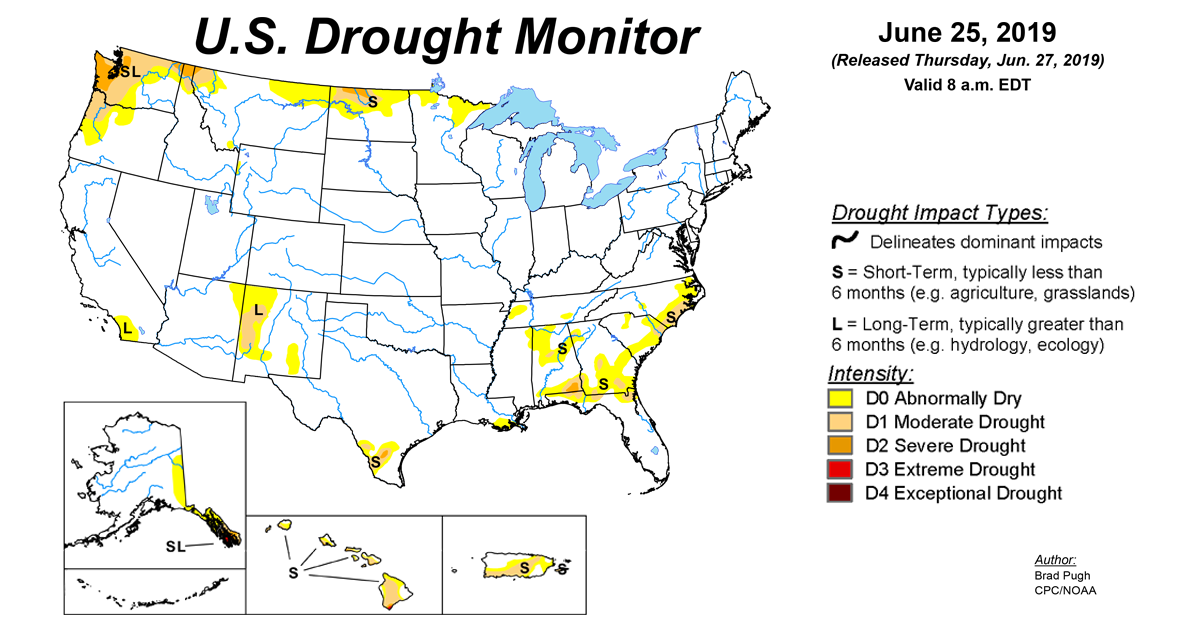 According to the November 17, 2020, U.S. Drought Monitor, moderate to exceptional drought covers 39.6% of the United States

According to the October 23, 2018, U.S. Drought Monitor, moderate to exceptional drought covers 20.4% of the United States, a