According to the June 5, 2018, U.S. Drought Monitor, moderate to exceptional drought covers 22.6% of the United States, a slight increase from last week’s 22.1%. Extreme and exceptional drought—the worst categories—held steady, covering about 7.7% of the nation for a second week.

Like last week and most of May, a broad-scale high pressure ridge in the upper atmosphere continued to dominate the weather over the contiguous United States during this U.S. Drought Monitor week, bringing another week of above-normal temperatures to much of the country. And like previous weeks, upper-level weather systems from the Pacific moved across the Lower 48. But, this week, they stayed mostly along the northern tier states, except for Alberto.

Subtropical storm Alberto moved from the Southeast into the Ohio Valley as the week began, then quickly reached the Great Lakes where it was caught up in a stationary front before trekking into Canada. Later in the week, fed by Gulf of Mexico and Atlantic moisture, a couple other fronts and low pressure systems brought areas of above-normal rainfall to parts of the Great Plains, Great Lakes, Southeast to Ohio Valley, and Mid-Atlantic regions.

Abnormal dryness and drought are currently affecting nearly 95 million people across the United States—about 30.5% of the country’s population. 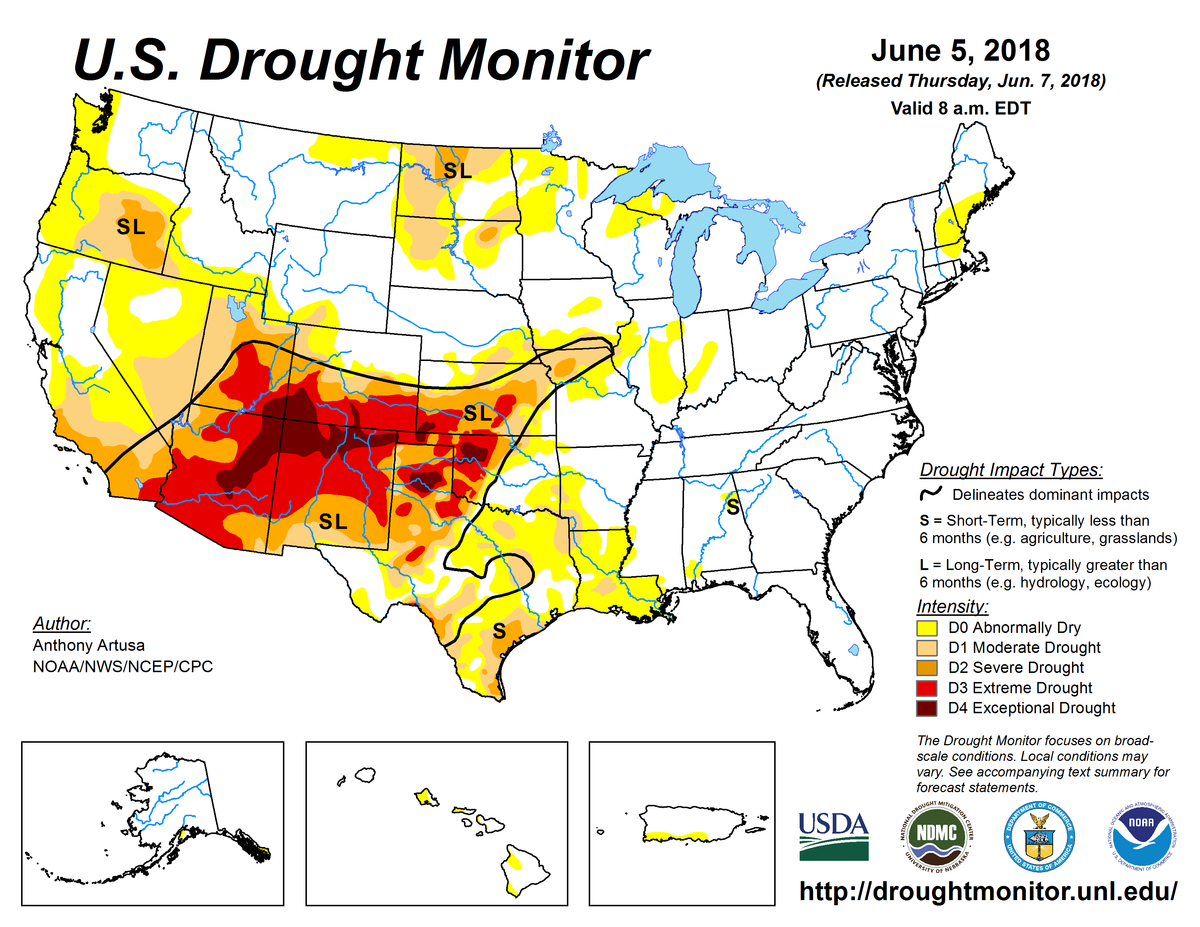 According to the March 20 U.S. Drought Monitor, moderate to exceptional drought covers 31.0% of the contiguous U.S.

According to the July 3 U.S. Drought Monitor, moderate to exceptional drought covers 24.8% of the United States.