The atmospheric circulation over the contiguous United States was dominated by a high-pressure ridge with an upper-level low that became cutoff over the southern Plains. By the end of the week, the axis of the upper-level ridge shifted east while a strong upper-level trough approached the West Coast.

After a remnant frontal band and surface low moved across the South and East early in the week, the storm track and surface fronts stayed to the north near the Canadian border. The upper-level ridge brought warmer- and drier-than-normal weather to much of the country. The cutoff low and remnant front produced above-normal rain across the southern Plains to Ohio Valley, across the coastal Carolinas, and over parts of the Northeast, and below-normal temperatures over the southern Plains.

Drought and abnormal dryness contracted in the Plains and East where beneficial rains fell, but expanded or intensified in the West and north where drier-than-normal weather continued.  Expansion exceeded contraction, so the nationwide moderate to exceptional drought area rose this week.

Abnormal dryness and drought are currently affecting over 143 million people across the United States including Puerto Rico—about 45.9% of the population. 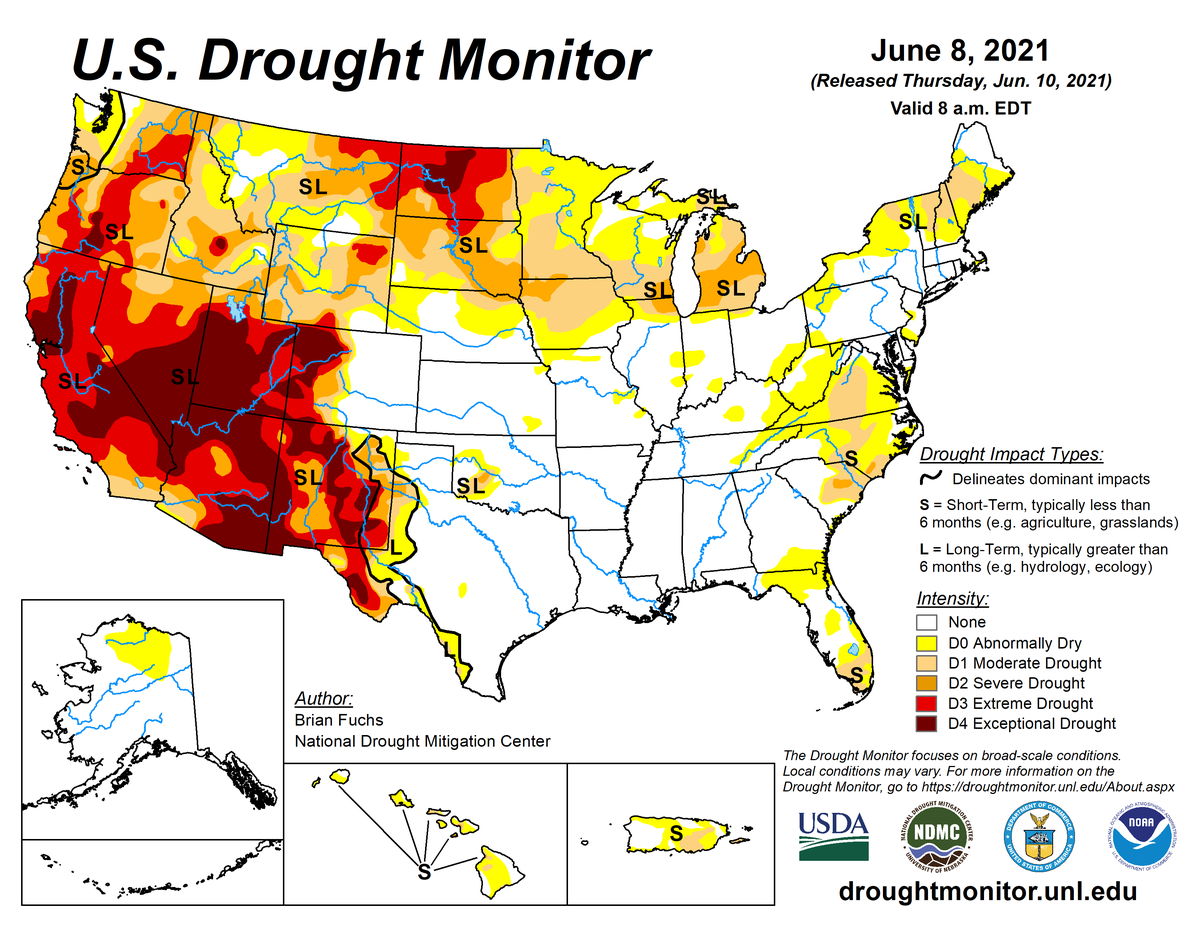 According to the January 24, 2017, U.S. Drought Monitor, moderate to exceptional drought covers 16.1% of the contiguous United