According to the March 13, 2018, U.S. Drought Monitor, moderate to exceptional drought covers 31.0% of the contiguous United States, an increase from last week’s 30.6%. Extreme and exceptional drought—the worst categories—also expanded to cover 5.7% of the Lower 48, up from 4.9% last week.

The ridge kept most of the West warmer and drier than normal, while Pacific and Canadian air masses were pulled into the trough to bring cooler-than-normal weather to the Plains and eastern Lower 48. The western ridge deflected the Pacific storms away from the West or weakened them. As a result, only the coastal areas and parts of the Southwest and Pacific Northwest received any precipitation at all.

A northwesterly flow was set up over the central contiguous United States between the ridge and trough, so much of the Great Plains was moisture-starved and received little to no precipitation. But the weather systems intensified as they moved into the eastern trough. They tapped Gulf of Mexico and Atlantic moisture to generate widespread above-normal precipitation across the Southeast to Northeast. Drought expanded or intensified across parts of the Southwest and Plains, where dryness continued, and over parts of the Southeast which lay outside the southern storm track.

Abnormal dryness and drought are currently affecting over 111 million people across the United States—about 35.9% of the country’s population. 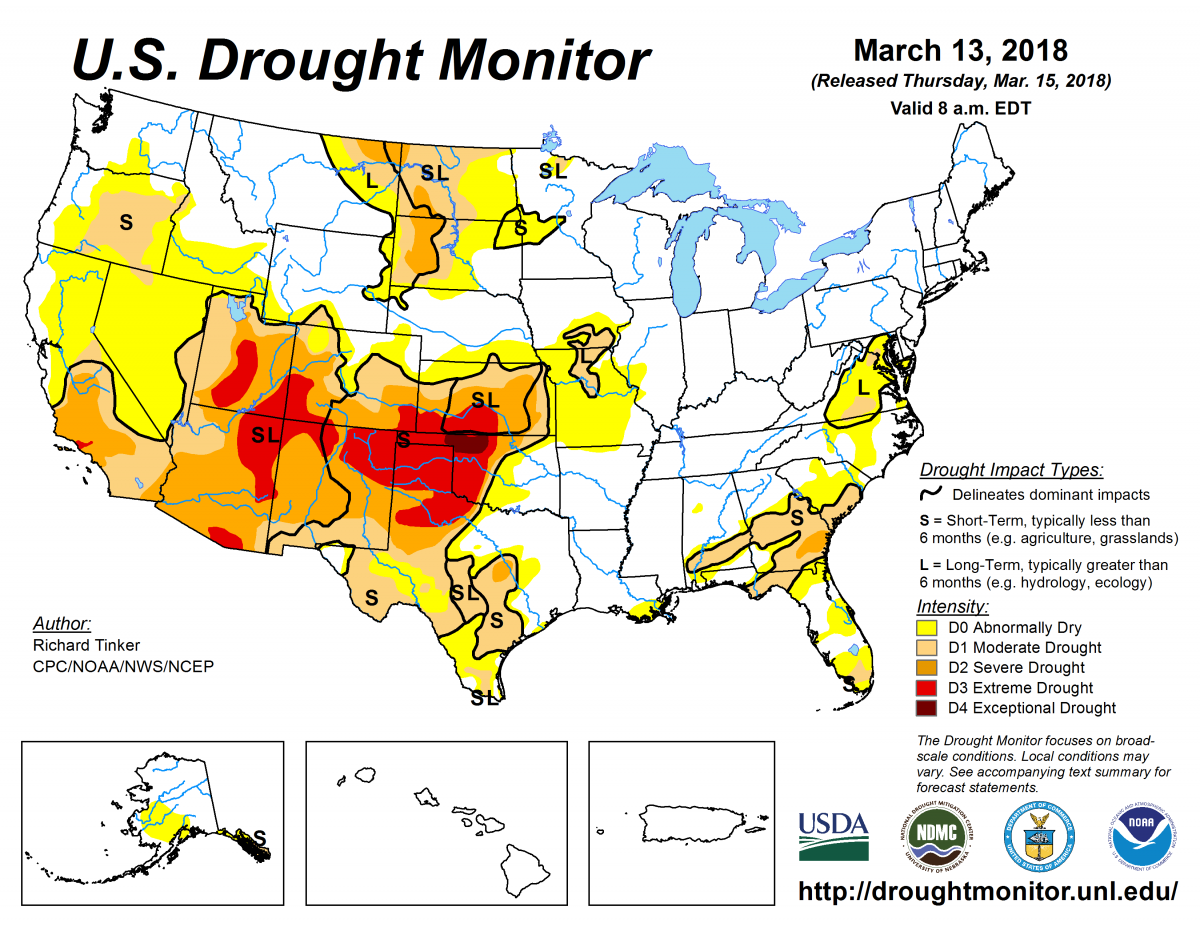 In addition to Drought.gov, you can find further information on the current drought as well as on this week’s Drought Monitor update at the National Drought Mitigation Center

During the summer months, most areas in the United States approach their highest temperatures for the year. To give you a better