According to the March 27, 2018, U.S. Drought Monitor, moderate to exceptional drought covers 30.8% of the contiguous United States, a slight decrease from last week’s 31.0%. Extreme and exceptional drought—the worst categories—expanded to cover 7.3% of the Lower 48, up from 6.4% last week.

The weather pattern during this U.S. Drought Monitor week was a continuation of a complicated pattern that has dominated the contiguous United States for much of the month. An upper-level ridge that tried to establish itself over the central third of North America brought warmer-than-normal temperatures to the southern Plains of the Lower 48. But large and powerful upper-level low pressure systems continued to dominate the jet stream flow over the East Coast and West Coast.

Pacific weather systems moved out of the western low and dragged cold fronts across the contiguous United States. The systems weakened as they crossed the Rockies and into the Plains but were re-invigorated as they moved into the eastern low. They kept temperatures colder than normal across much of the western and eastern Lower 48. The Pacific systems also dropped above-normal precipitation across much of the West and northern Great Plains to Ohio Valley, and a narrow band of heavy rain developed late in the week along a cold front from Texas to Missouri. But the storm track missed much of the Southwest to southern Plains, Southeast, and Great Lakes to New England, where the week was drier than normal.

Drought and abnormal dryness contracted in the wet parts of the West, Plains, and Midwest but expanded and intensified in parts of the Southwest, southern Plains, Southeast, and western Great Lakes. The amount of drought contraction exceeded expansion, so the overall national drought footprint shrank, but the worst drought areas intensified in severity and expanded.

Abnormal dryness and drought are currently affecting nearly 108 million people across the United States—about 35.3% of the country’s population. 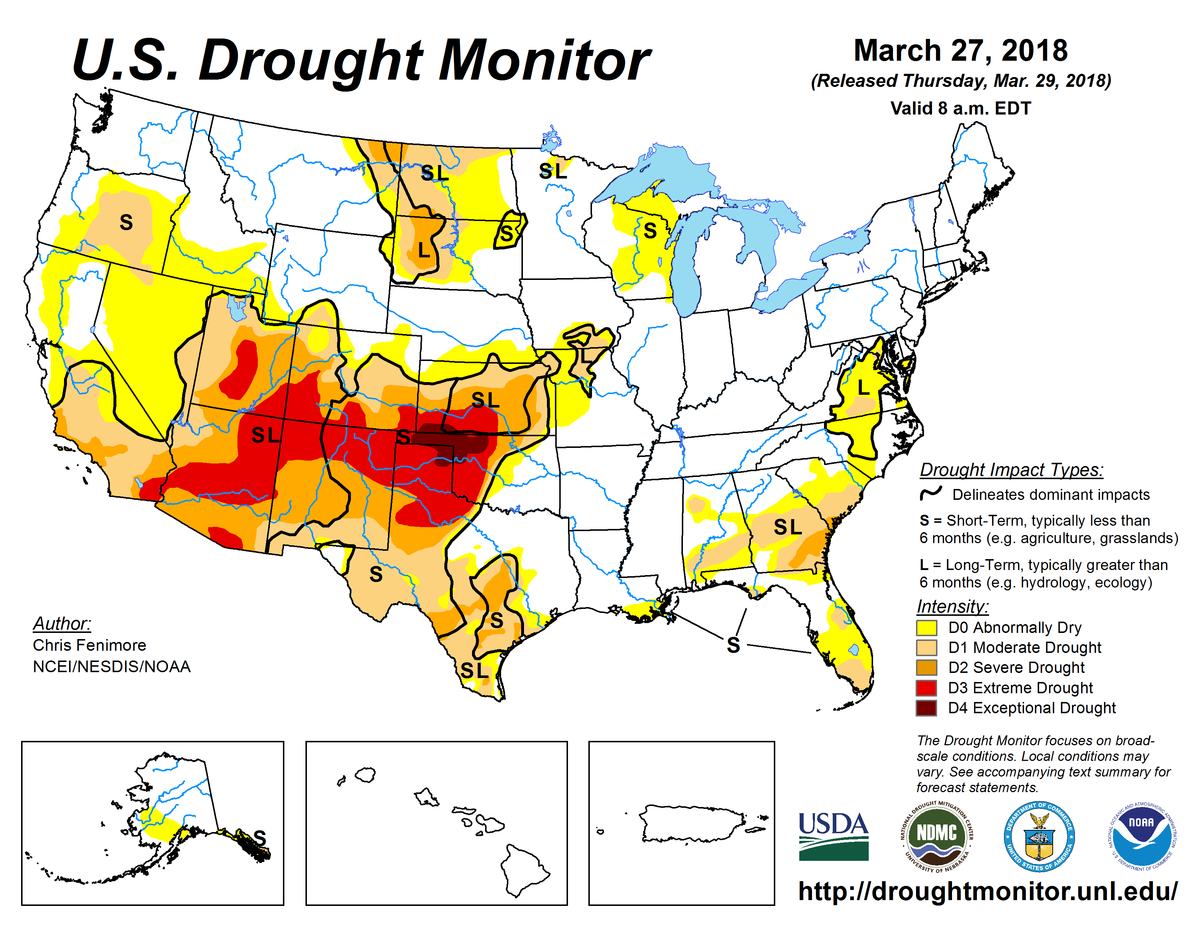 According to the April 14, 2020, U.S. Drought Monitor, moderate to exceptional drought covers 12.1% of the United States