According to the May 2, 2017, U.S. Drought Monitor, moderate to extreme drought covers 5.0% of the contiguous United States, a decrease from last week’s 6.1%. However, areas in extreme drought increased from 0.03% last week to 0.13%. Exceptional drought, the worst category, continued to remain absent from the country for the 15th consecutive week.

A series of deep upper-level troughs dominated the jet stream flow over the contiguous United States this U.S. Drought Monitor week. Cold fronts associated with the troughs kept temperatures well below average across the central to western Lower 48, while upstream ridging gave the eastern states a warmer-than-normal southerly flow.

The upper-level troughs generated surface low pressure systems that brought above-normal precipitation to parts of the Rockies and central Plains, much of the Midwest, and Northeast. But, the storm track missed much of the Southwest, Northern and Southern Plains, and Southeast. The slow-moving upper-level troughs and surface lows funneled Gulf of Mexico moisture into the mid-Mississippi Valley, resulting in heavy rain that reduced drought but caused extensive flooding. 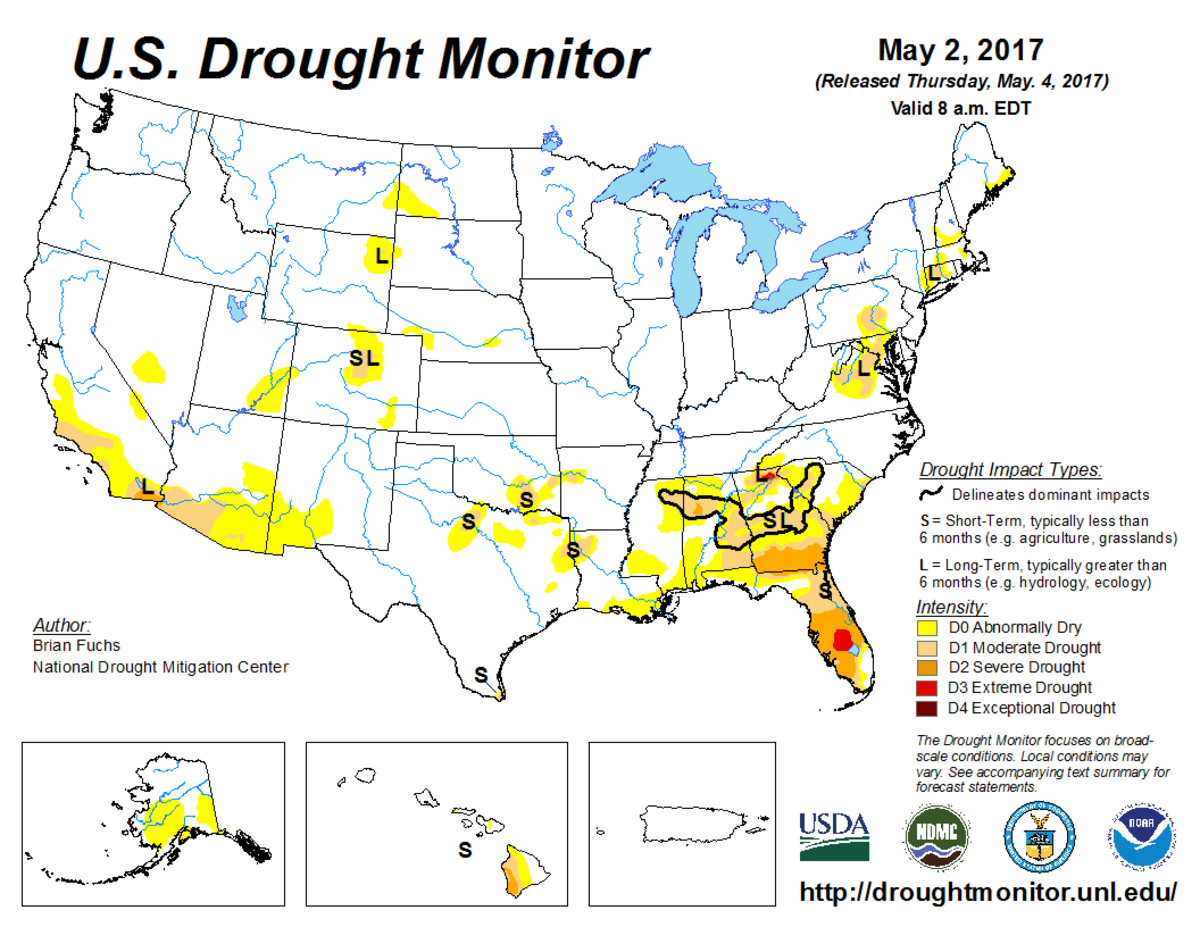