According to the November 12, 2019, U.S. Drought Monitor, moderate to extreme drought covers 12.9% of the United States including Puerto Rico, a decrease from last week’s 13.8%. The worst drought categories (extreme to exceptional drought) decreased to less than 0.1%.

A strong upper-level ridge of high pressure remained entrenched across Alaska and western North America, with an upper-level trough over eastern North America. The ridge kept temperatures warmer than normal across Alaska and the western contiguous United States. The trough funneled a series of cold fronts across the eastern contiguous United States, bringing frigid temperatures to the Plains and Midwest and all the way to the Gulf of Mexico and East Coasts. The ridge kept the western continental United States dry, while the arctic air masses over the east started out mostly dry.

Abnormal dryness and drought are currently affecting over 95 million people across the United States including Puerto Rico—about 30.8% of the population. 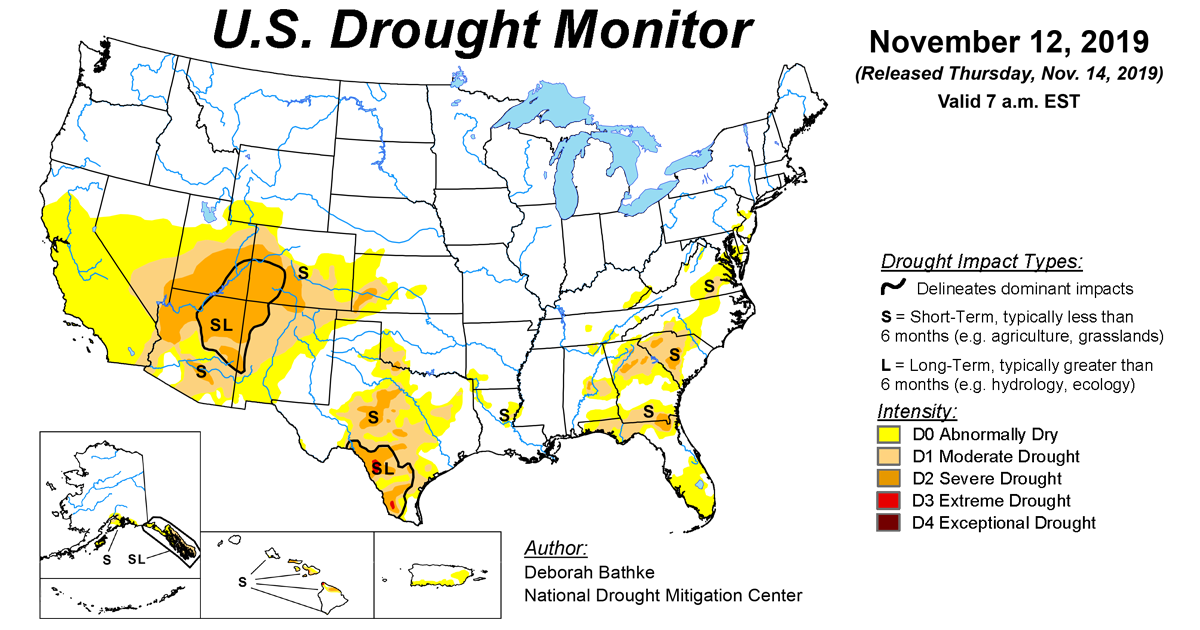 The March 2018 three-month summaries of climate impacts and outlooks are now available for 10 regions and subregions.

According to the January 24 U.S. Drought Monitor, moderate to exceptional drought covers 16.1% of the contiguous U.S.

According to the March 19 U.S. Drought Monitor, moderate to exceptional drought covers 4.6% of the United States.

The January temperature averaged across the contiguous United States was 33.6°F, 3.5°F above the 20th century average.