According to the November 14, 2017, U.S. Drought Monitor, moderate to exceptional drought covers 13.1% of the contiguous United States, an increase from last week’s 12.0%. Extreme drought held steady for a second week, covering 0.8% of the Lower 48. And, exceptional drought remained absent from the nation for a fifth consecutive week.

The atmospheric circulation during this U.S. Drought Monitor week consisted of Pacific weather systems moving in a storm track that kept mostly along the US-Canada border. Canadian cold fronts were dragged across the Plains and Midwest, into the Northeast, with some of them reaching the Gulf of Mexico Coast. The fronts brought below-normal temperatures to the contiguous United States east of the Rockies, while the Southwest and Florida were warmer than normal mostly due to high pressure.

The westerly circulation pattern dried out Pacific weather systems as they crossed the Rockies, and blocked Gulf of Mexico moisture over the East, so most of the Lower 48 was drier than normal. But, the Pacific systems brought above-normal precipitation to parts of the West Coast and Pacific Northwest as they came ashore, and some of the fronts were moist enough to drop above-normal precipitation over parts of the southern Plains and Southeast to Mid-Atlantic region. As a result, drought and abnormal dryness contracted across parts of the Pacific Northwest but expanded in parts of the Southwest, southern Plains to mid-Mississippi valley, and Southeast.

Abnormal dryness and drought are currently affecting over 84 million people across the United States—about 27.1% of the country’s population. 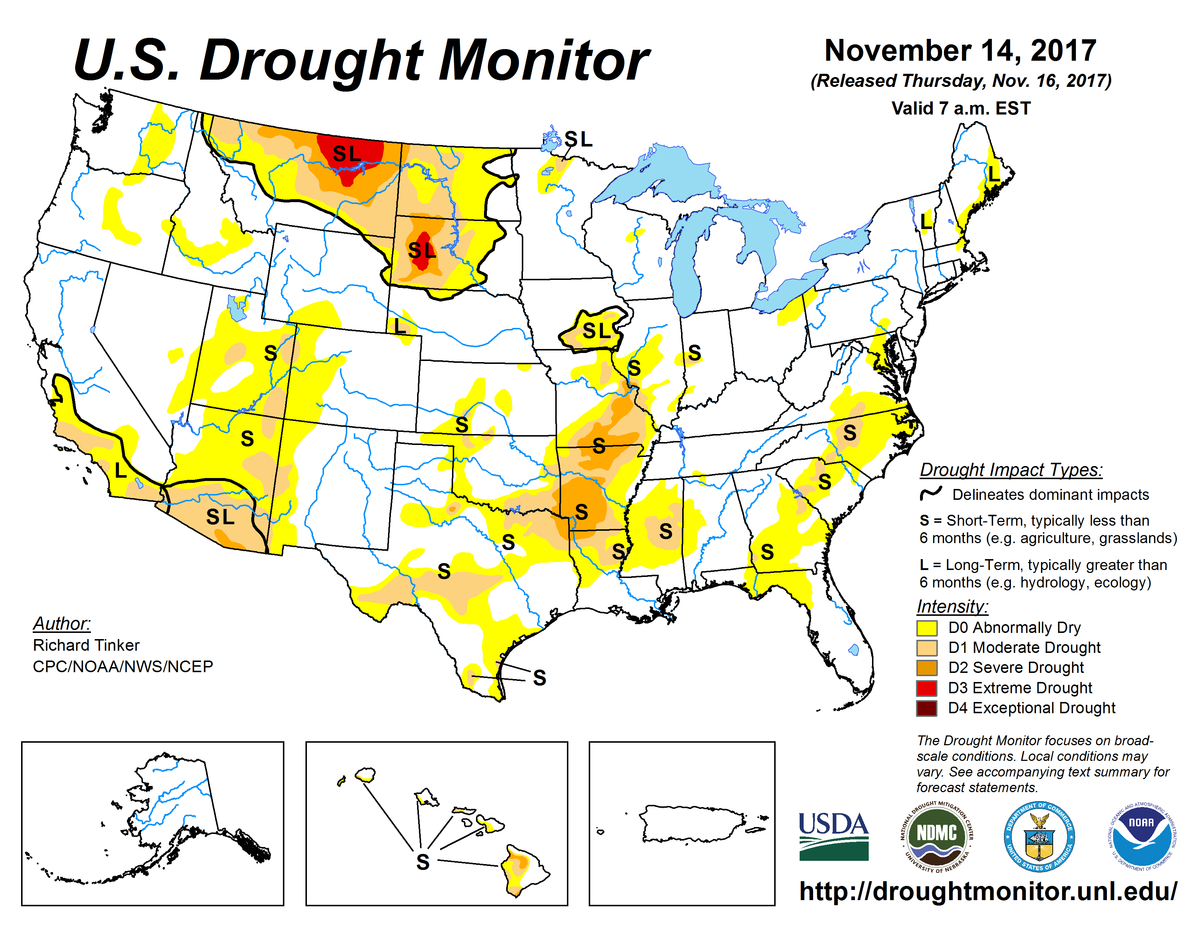 According to the March 13 U.S. Drought Monitor, moderate to exceptional drought covers 31.0% of the contiguous U.S.

According to the April 9 U.S. Drought Monitor, moderate to severe drought covers 4.3% of the United States.

The June 2017 three-month summaries of climate impacts and outlooks are now available for 10 regions and subregions.