According to the November 19, 2019, U.S. Drought Monitor, moderate to extreme drought covers 12.2% of the United States including Puerto Rico, a decrease from last week’s 12.9%. The worst drought categories (extreme to exceptional drought) increased slightly from less than 0.1% last week to 0.2% this week.

A couple of the upper-level weather systems snuck across the south, bringing above-normal precipitation to areas along the Mexican border. One of these systems tapped Gulf of Mexico moisture to soak the coastal Southeast along the remnant of a Canadian cold front. The rain in the south contracted drought and abnormally dry areas in the Southeast and parts of Texas, but continued dryness expanded drought and abnormally dry areas in the Southwest and parts of the central to southern Plains. On balance, the national drought area contracted slightly to 12.2% of the nation.

Abnormal dryness and drought are currently affecting over 94 million people across the United States including Puerto Rico—about 30.2% of the population. 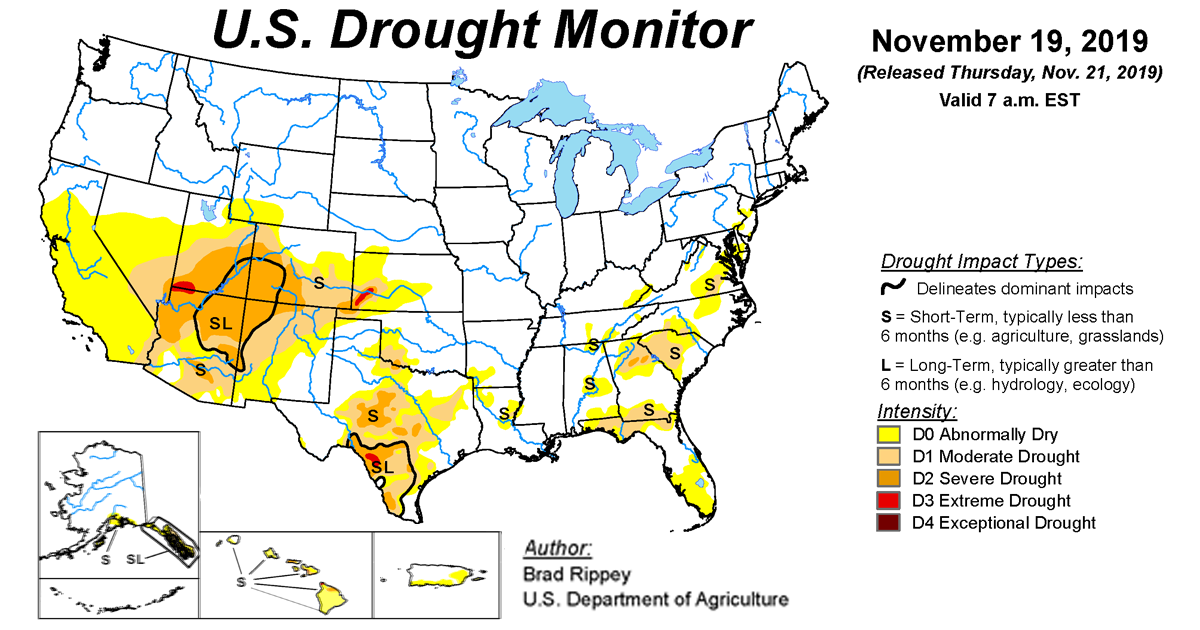 During September, the average contiguous U.S. temperature was 66.3°F, 1.4°F above average.

According to the April 16 U.S. Drought Monitor, moderate to exceptional drought covers 3.8% of the United States.

According to the July 21 U.S. Drought Monitor, moderate to extreme drought covers 26.3% of the United States including Puerto Rico.