The upper-level circulation during this U.S. Drought Monitor week consisted of a trough over the eastern contiguous United States and a ridge over the West Coast. The trough, with its northwesterly flow, funneled cold and dry Canadian air masses into the central and eastern Lower 48, spreading below-normal temperatures. The cold fronts were fed by Gulf of Mexico and Atlantic moisture when they reached the southern and eastern coasts.

Low-pressure systems tracked along the fronts to generate precipitation, which spread along the Gulf Coast and across much of the country from the Tennessee and Ohio valleys to the East Coast. The precipitation in the East was enhanced by a slow-moving upper-level low early in the week. The western ridge deflected Pacific storm systems away from the western contiguous United States and into southern Canada, making for a very dry week across much of the West.

The ridge also enhanced high surface pressure over the Great Basin, which produced strong Santa Ana winds that fanned devastating wildfires over California. As they tracked around the top of the ridge, some of the Pacific systems combined with the Canadian cold fronts to generate areas of precipitation in Washington, the northern and central Rockies, and a few areas in the northern Plains.

Other than these few areas of precipitation, the Plains to Mississippi Valley were mostly dry. Drought and abnormal dryness contracted in parts of Montana, North Dakota, and the Southwest. They expanded in a few areas and contracted in others in the Southeast. Moderate or extreme drought expanded across a large part of California into Nevada and in parts of the Pacific Northwest.

Abnormal dryness and drought are currently affecting over 78 million people across the United States—about 25.3% of the country’s population. 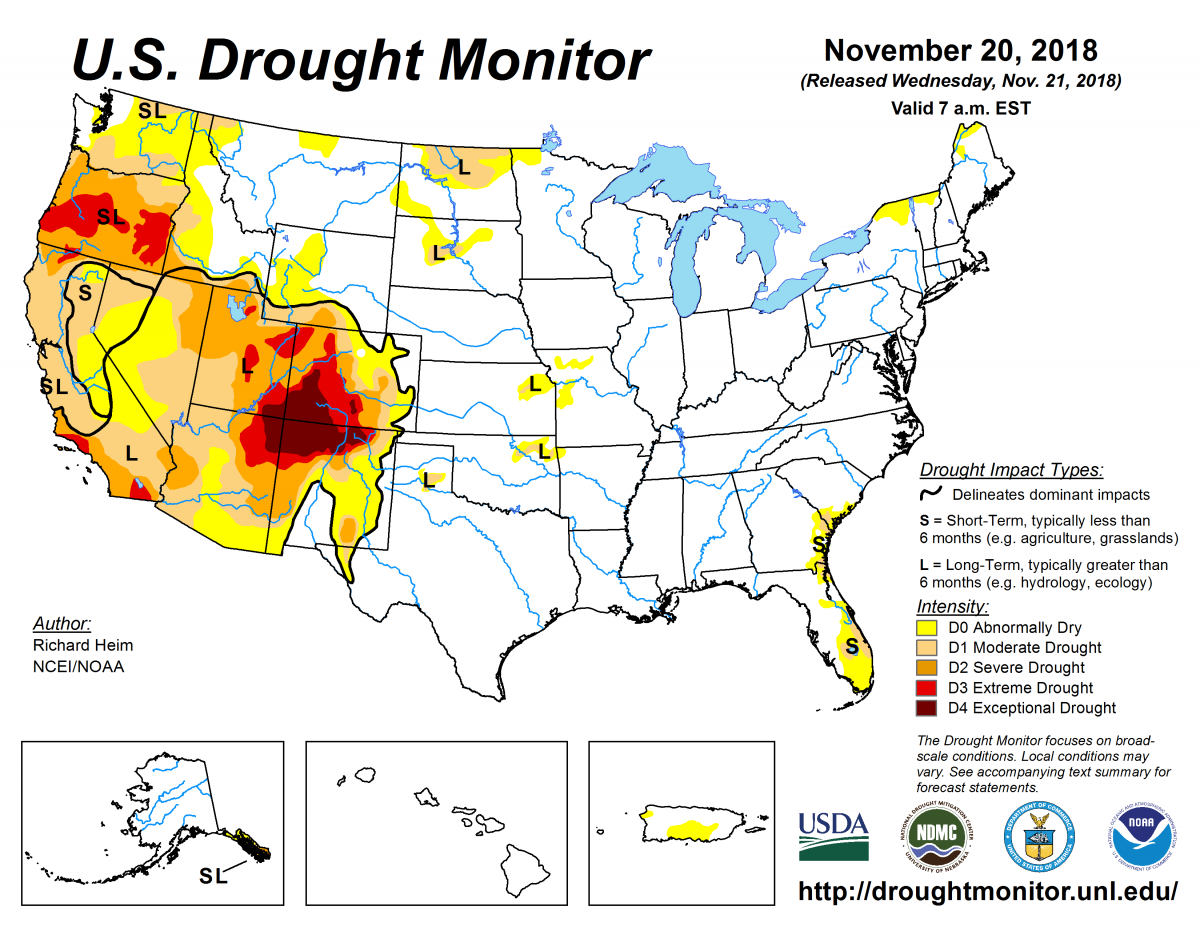 According to the October 1, 2019, U.S. Drought Monitor, moderate to extreme drought covers 17.0% of the United States including