According to the October 16, 2018, U.S. Drought Monitor, moderate to exceptional drought covers 20.5% of the United States, a decrease from last week’s 22.3%. Extreme and exceptional drought—the worst categories—also contracted to cover 4.1% of the nation, down from 4.7% last week.

This pattern funneled cold Canadian air into the Plains states with cold fronts setting up from Texas to the Great Lakes. It also created a strong southerly flow over the Mississippi Valley that directed Hurricane Michael into the Florida Panhandle and rapidly pushed the tropical cyclone across the Southeast and out to sea. The trough shifted eastward as the week progressed, bringing colder temperatures further to the east. Meanwhile, in the eastern tropical Pacific, Hurricane Sergio was pulled northeast by the trough over the western contiguous United States, with its remnants crossing northern Mexico and eventually bringing rain to parts of the Southwest and from the southern Plains to Midwest.

The persistence of the trough and the frequent cold fronts associated with it kept temperatures colder than normal for the week across most of the western and central Lower 48, while the North Atlantic High and upper-level ridge gave the Gulf Coast and East Coast a warmer-than-normal week.

The fronts and tropical systems brought above-normal precipitation to much of the Southwest, central and southern Plains, Mississippi Valley, and East Coast. The week was drier than normal for much of the West Coast and northern Plains, and parts of the Ohio Valley, eastern Great Lakes, Alabama, Mississippi, and eastern Florida. With widespread rain over many drought areas, drought and abnormal dryness contracted in parts of the West, Plains to Mid-Mississippi Valley, Southeast, and Northeast.

Overall, abnormal dryness and drought are currently affecting more than 78 million people across the United States—about 25.2% of the country’s population. 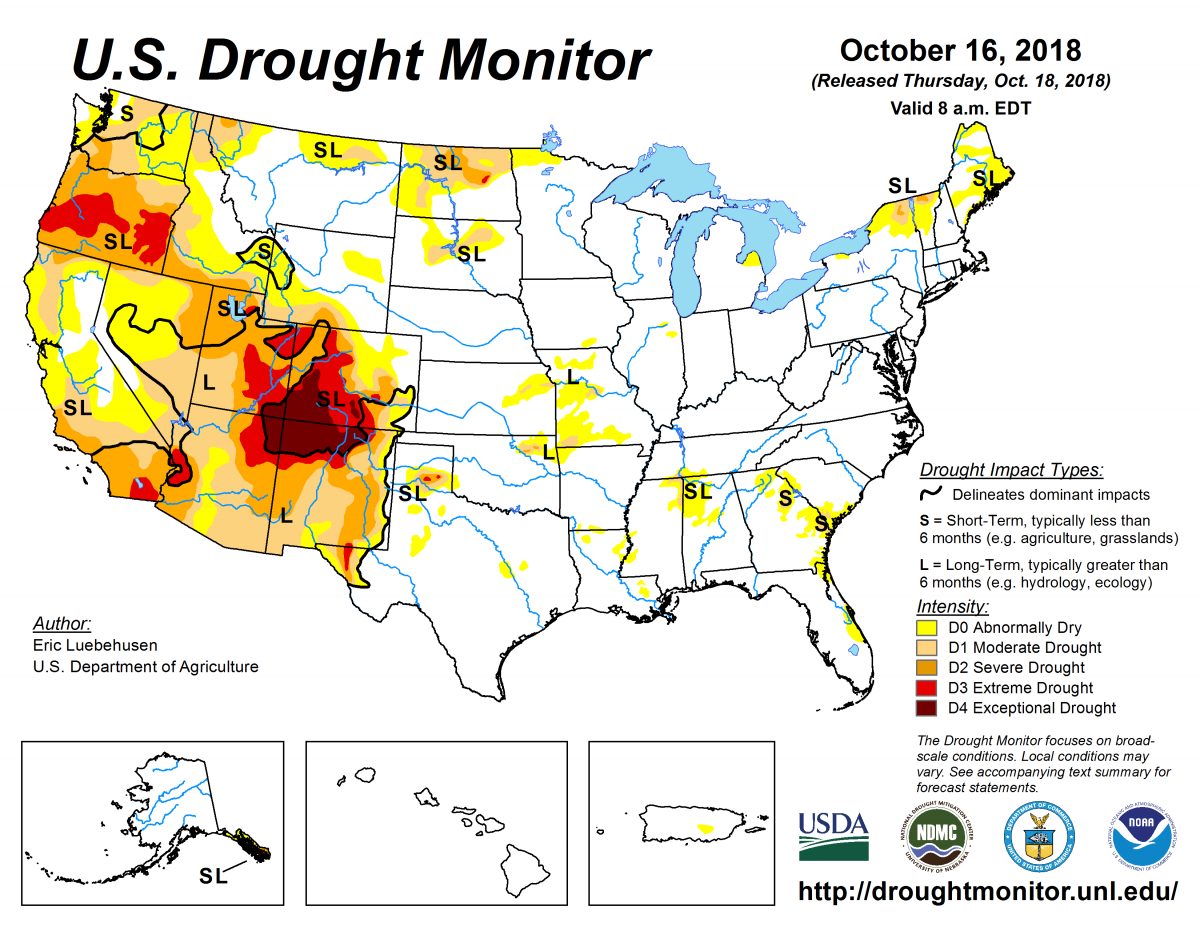