The storm track was fairly active with Pacific weather systems moving in the jet stream along the U.S.-Canadian border. Ridges and troughs moving through this flow resulted in a generally “zonal” circulation pattern over the northern contiguous United States and southern Canada when averaged across the week.

Anomalous high-pressure ridging stretched from the southwestern U.S. to the Northeast. Temperatures were warmer than normal across this region associated with the anomalous high pressure, and precipitation was mostly below normal.

Frequent frontal passages gave the Pacific Northwest a cooler- and wetter-than-normal week; fronts and surface low-pressure systems gave the Upper Mississippi Valley wetter-than-normal conditions; and moisture associated with the slow-moving remnants of Hurricane Nicholas soaked much of the Gulf of Mexico coast, Southeast, and Tennessee Valley.  As a result, drought or abnormal dryness decreased in intensity or contracted in parts of the Pacific Northwest and northern Plains to Upper Mississippi Valley, but expanded or increased in intensity in the southern Plains to parts of the Lower Great Lakes. Overall, expansion exceeded contraction, with the nationwide moderate to exceptional drought area increasing this week.

Abnormal dryness and drought are currently affecting over 114  million people across the United States including Puerto Rico—about 36.9% of the population. 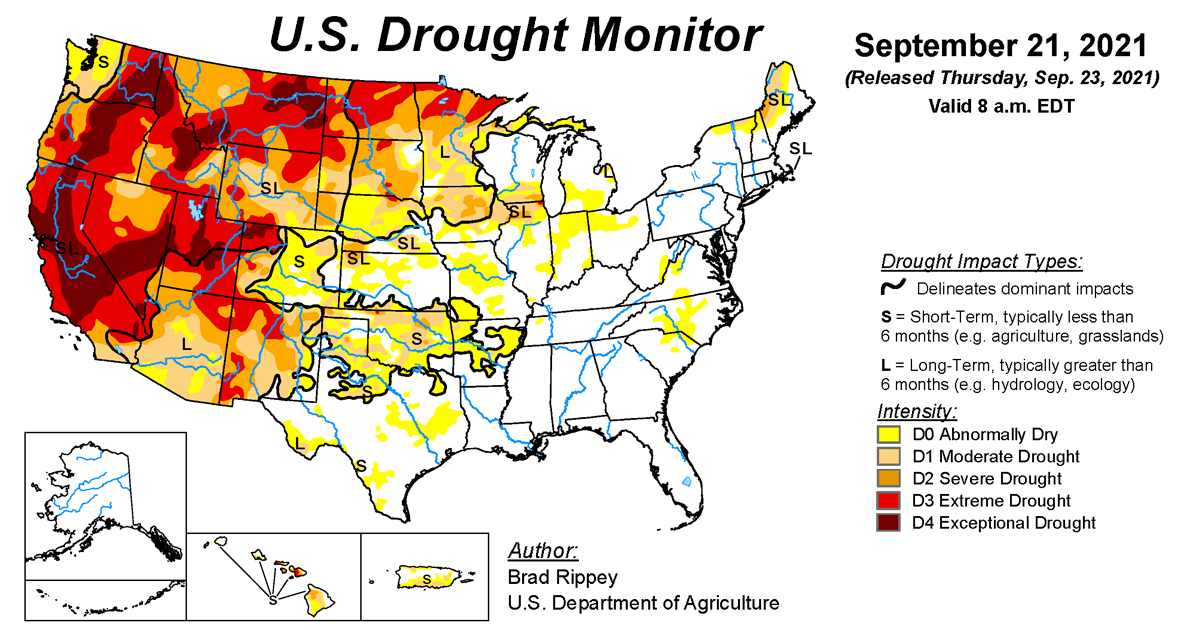