High pressure ridges dominated the upper-level circulation across much of the contiguous United States. This resulted in warmer-than-normal weekly temperatures across much of the West, where the ridges were strongest, and parts of the Plains to Northeast.

Pacific weather systems moving through the jet stream flow penetrated the ridges, bringing areas of rain to northern states from Montana to the Great Lakes. Showers and thunderstorms developed along a leftover stationary front draped across the Gulf Coast states, while monsoon showers brought areas of rain to the Southwest states, with near- to cooler-than-normal temperatures accompanying the rain in these southern states. But much of the West, central to northern Plains, Mid-Atlantic Coast, and parts of the Mississippi Valley were drier than normal due to the ridging. Drought and abnormal dryness contracted where it rained, especially in the Southwest and southern Plains to Great Lakes.

Expansion or intensification of drought and abnormal dryness occurred in parts of the northern Rockies, central Plains to Ohio Valley, Northeast, and Hawaii. Nationally, contraction exceeded expansion, with the nationwide moderate to exceptional drought area decreasing this week.

Abnormal dryness and drought are currently affecting over 175 million people across the United States including Puerto Rico—about 56.5% of the population. 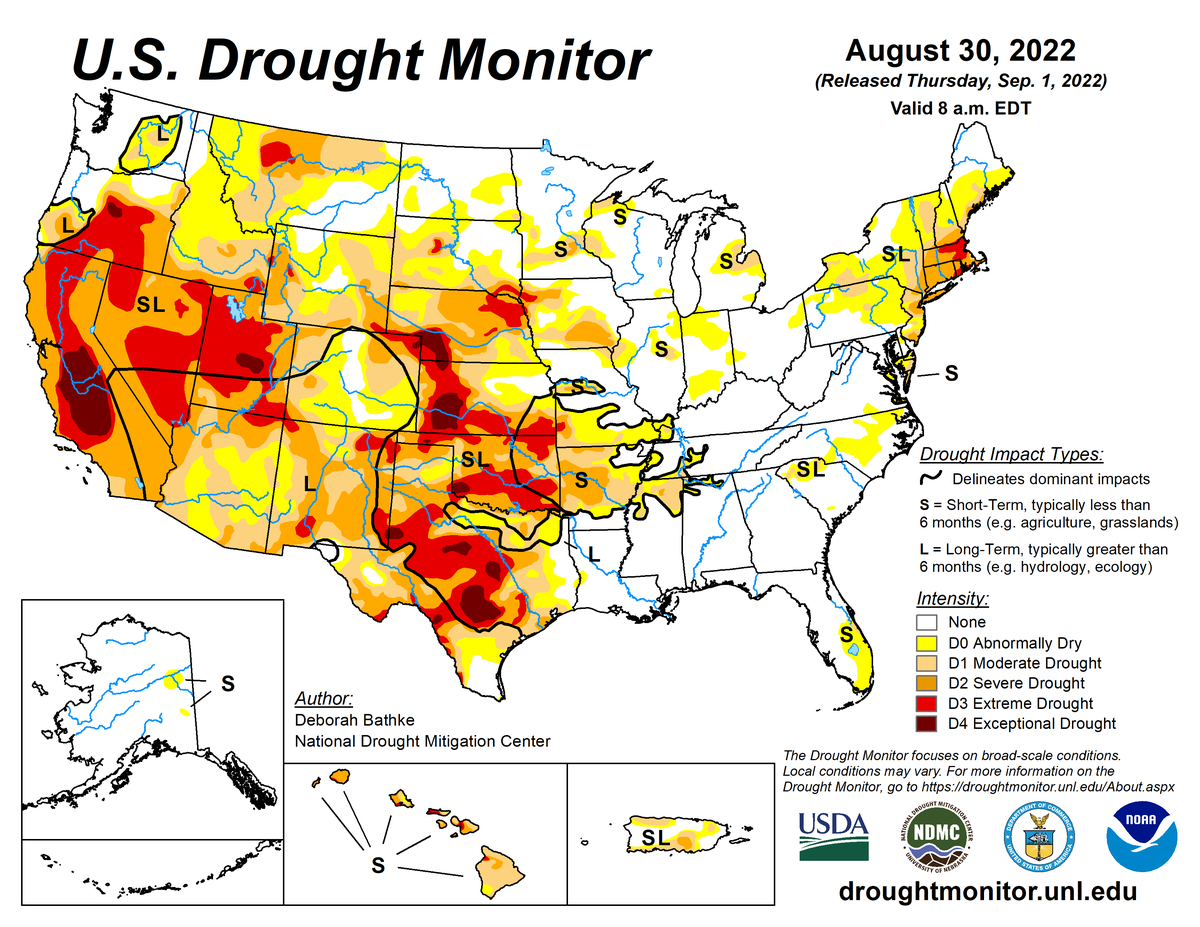 According to the February 15, 2022, U.S. Drought Monitor, moderate to exceptional drought covers 47.8% of the United States