A series of Pacific weather systems moved through the jet stream flow across the contiguous U.S. during this U.S. Drought Monitor week (January 11-17). The weather systems were associated with upper-level troughs or closed lows and surface cold fronts that generated areas of rain or snow; weather systems pounded California relentlessly with heavy precipitation and flooding throughout the week. Above-normal precipitation spread from California to the Four Corners states, then into the northern Great Plains and Upper Midwest.

Precipitation was also above normal across the Appalachians and Ohio Valley into New England. The week was drier than normal across parts of the Pacific Northwest, much of the Great Plains, most of the Gulf of Mexico and East coasts, and parts of the Great Lakes, as well as most of Hawaii. The westerly flow kept arctic air masses generally bottled up over Canada, so most of the contiguous U.S. averaged warmer than normal for the week. Drought or abnormal dryness contracted across parts of the West, in the Mississippi and Ohio Valleys, and in a few parts of the Southeast and New England. Drought or abnormal dryness expanded in a few of the dry areas in Oregon and the Great Plains, Mid-Mississippi Valley, and Mid-Atlantic coast, and across much of Hawaii.

Nationally, contraction slightly exceeded expansion, with the nationwide moderate to exceptional drought area decreasing this week. Abnormal dryness and drought are currently affecting over 147 million people across the United States including Puerto Rico—about 47.4% of the population. 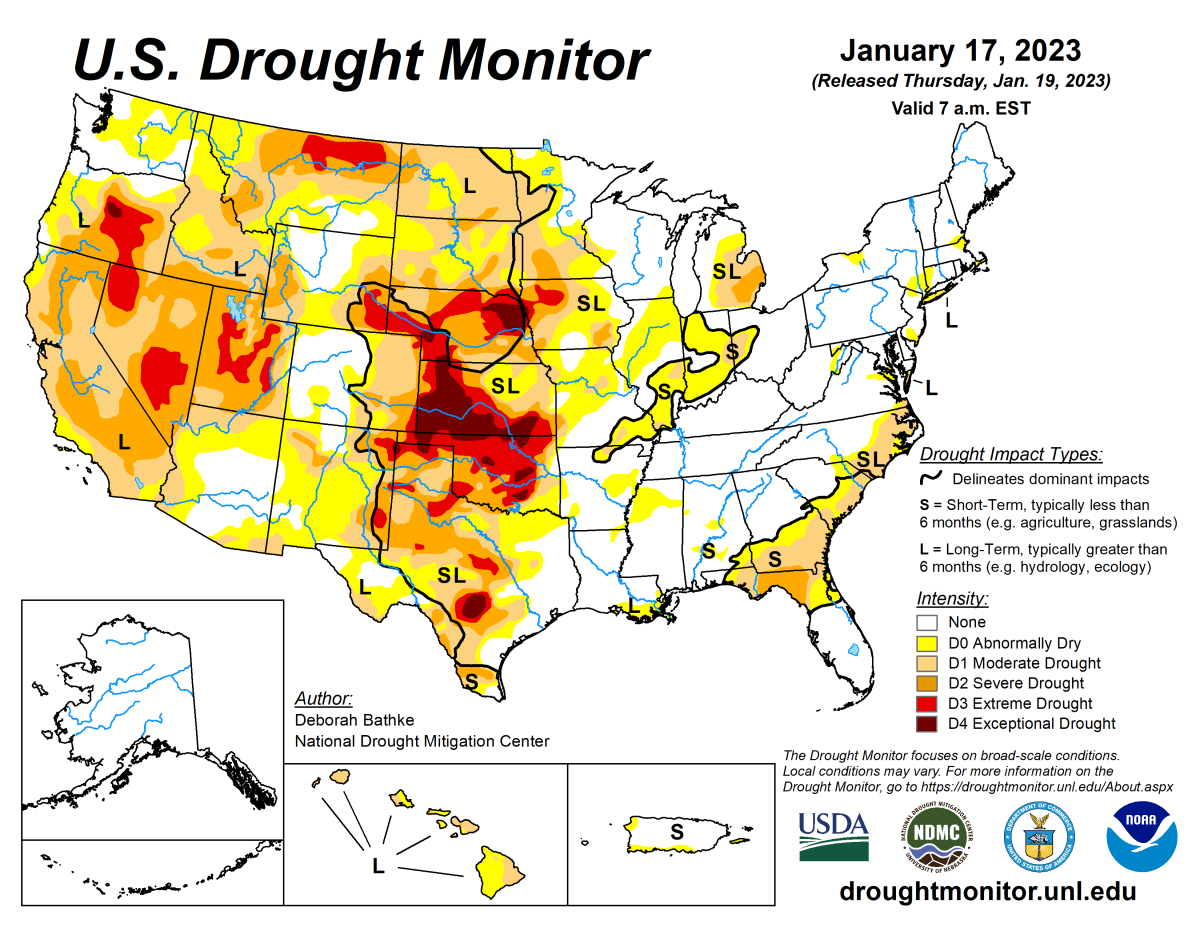 According to the May 23, 2017, U.S. Drought Monitor, moderate to extreme drought covers 4.5% of the contiguous United States, a

According to the October 25, 2022, U.S. Drought Monitor, moderate to exceptional drought covers 52.7% of the United States