A series of Pacific weather systems moved across the contiguous U.S. during this U.S. Drought Monitor week (December 28-January 3). Fed by Pacific moisture from an atmospheric river, the Pacific fronts slammed into the West Coast, soaking California with flooding rains and spreading 2 or more inches of precipitation across the Rockies and higher elevations of the interior West as well as the coastal areas. 10 inches or more of precipitation fell across California’s Sierra Nevada range during the week.

The Pacific systems tapped Gulf of Mexico moisture as they moved into the Plains and eastward, spreading above-normal precipitation across the central Plains, Lower to Mid-Mississippi Valley, and Ohio Valley to southern Great Lakes.

Drier-than-normal weather dominated the southern and northern Plains and Southeast to Northeast. In the upper-levels of the atmosphere, the Pacific weather systems were associated with a trough over the western contiguous U.S. while an upper-level ridge dominated the circulation over the East Coast. The week averaged warmer than normal from the Rockies to the East Coast, largely in response to the upper-level ridge and a southerly flow ahead of the western trough. Temperatures averaged near to cooler than normal over much of the West. Alaska and Hawaii were drier than normal while Puerto Rico had areas of rain this week.

Drought or abnormal dryness contracted where precipitation was abundant and above normal, especially across parts of the West, central Plains, Mississippi Valley, and Midwest. Drought or abnormal dryness expanded in a few of the dry areas in Montana, Texas, and the Southeast. Nationally, contraction overwhelmed expansion, with the nationwide moderate to exceptional drought area decreasing this week.

Abnormal dryness and drought are currently affecting over 159 million people across the United States including Puerto Rico—about 51.2% of the population. 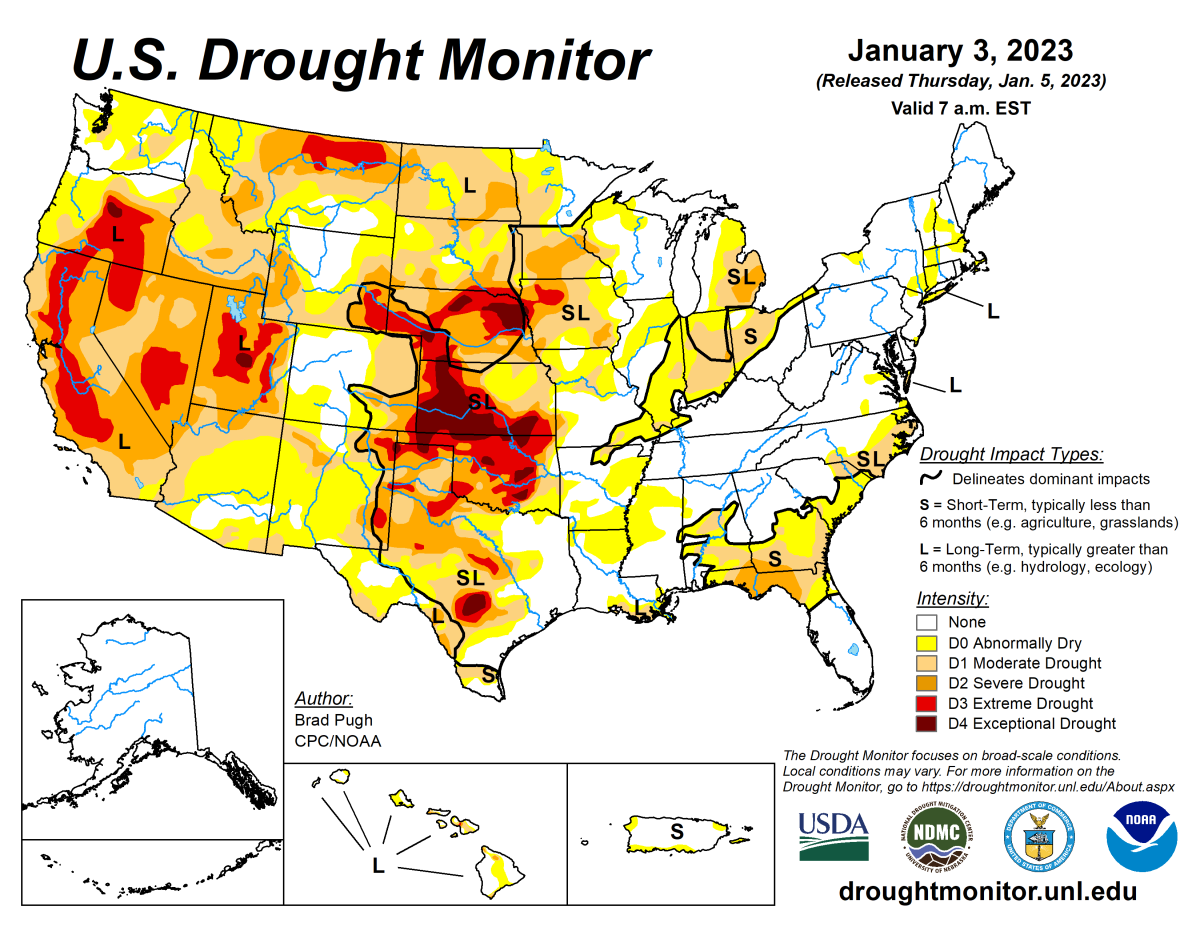 According to the October 12, 2021, U.S. Drought Monitor, moderate to exceptional drought covers 39.6% of the United States