The upper-level circulation across the contiguous U.S. during this U.S. Drought Monitor (USDM) week (October 19-25) began with a strong ridge of high pressure over western North America and a deep trough over the eastern half of the continent, while an upper-level low pressure system was cut off from the jet stream flow and sat languishing over the Pacific just off the California coast. The circulation pattern shifted as the week wore on. A deep trough developed over the western contiguous U.S., weakening the ridge and pushing it eastward. The cutoff low was picked up in the jet stream flow and moved over the southern Plains states. Low pressure systems formed over the Atlantic Ocean just off the East Coast near the end of the week.

Fronts and the east coast lows also spread rain over parts of the Northeast. But large parts of the Southwest, central and southern Plains, and Lower and Upper Mississippi Valley, and much of the contiguous U.S. east of the Mississippi River, were drier than normal for the period, with soils continuing to dry out across most of the West, Plains, Midwest, and South. Drought and abnormal dryness contracted in parts of New Mexico to Missouri where the heaviest rains fell. But drought or abnormal dryness expanded in parts of the central Plains, and along much of the Mississippi River and areas eastward.

This is rapidly approaching the biggest drought extent in the USDM record of about 54.8% which occurred on September 25, 2012. Abnormal dryness and drought are currently affecting over 220 million people across the United States including Puerto Rico—about 70.8% of the population. 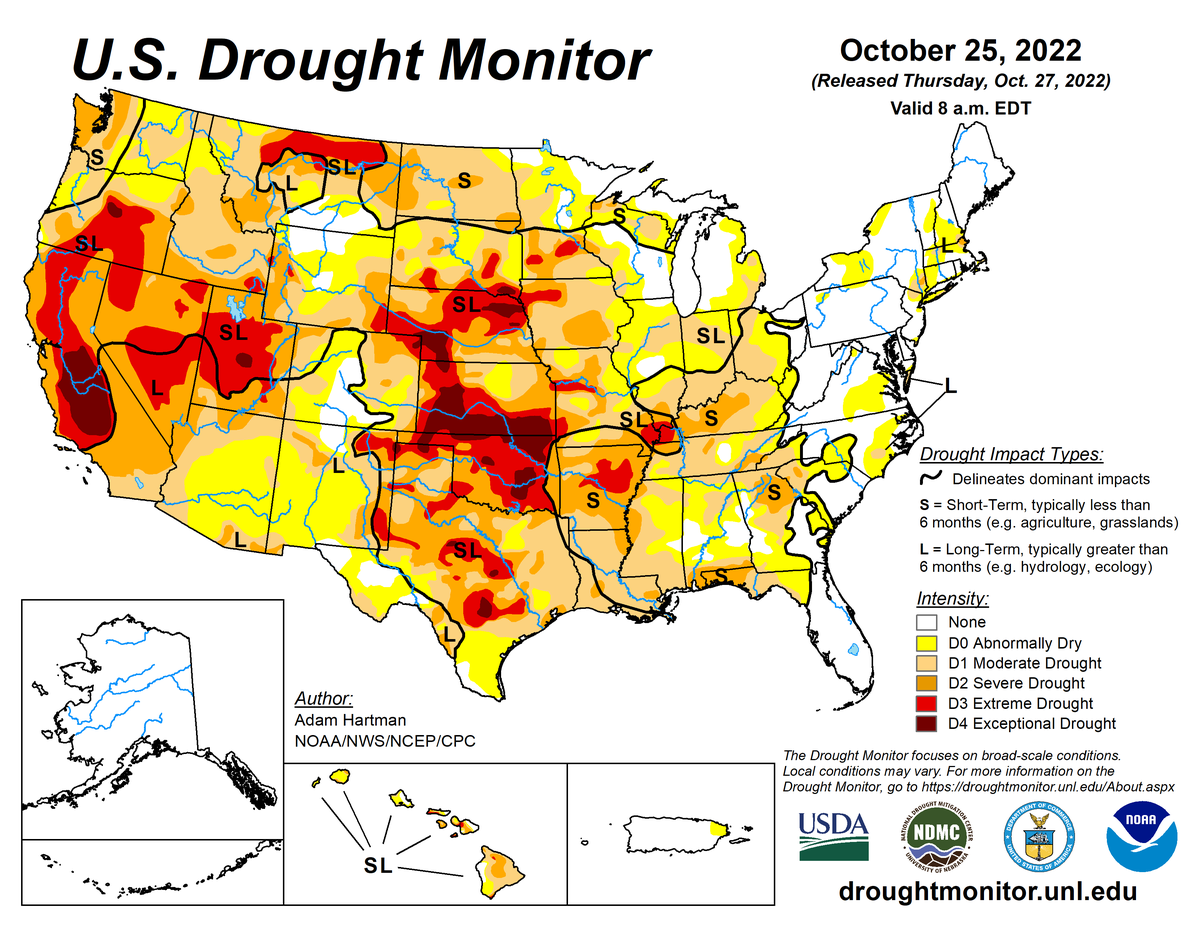 According to the March 9, 2021, U.S. Drought Monitor, moderate to exceptional drought covers 39.1% of the United States

According to the July 4, 2017, U.S. Drought Monitor, moderate to extreme drought covers 8.5% of the contiguous United States, an

According to the March 20, 2018, U.S. Drought Monitor, moderate to exceptional drought continued to cover 31.0% of the