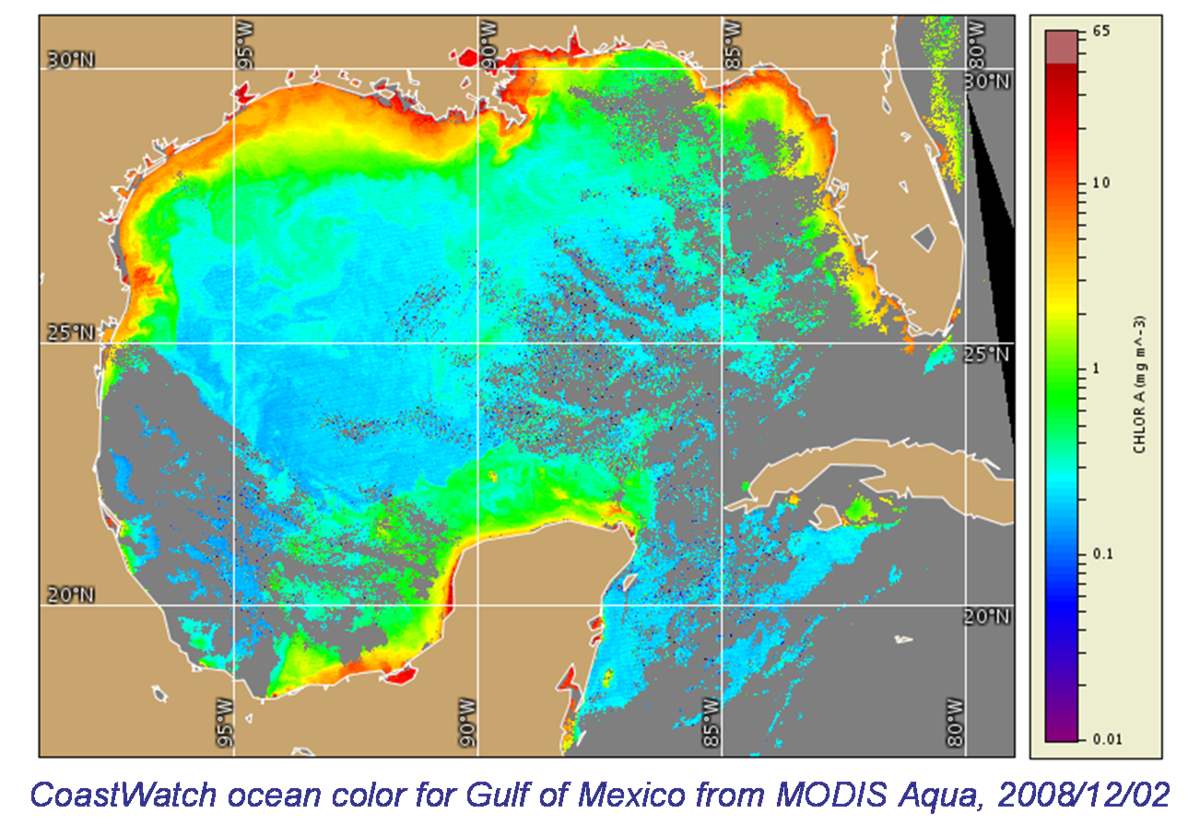 MODIS, MERIS, and SeaWIFS in CLASS

While MODIS data is freely and openly accessible to the public, access to SeaWiFS and MERIS data is restricted to users covered by the SeaWiFS CoastWatch contract or registered with ESA, respectively. Contact the NCEI satellite oceanography team at NCEI.info@noaa.gov to learn more about becoming an authorized member.

Note that CLASS is a high-latency tape storage system, and there may be some wait involved when accessing data.

The L2 ocean color products generated by CoastWatch from SeaWiFS, MODIS, and MERIS data consist primarily of spatial information on chlorophyll-a concentration, as well as turbidity (reflectance), covering 13 CoastWatch regions globally. Products derived from all three sensors have approximately 1 km-per-pixel resolution, and are delivered as both daily and 61-day composites. All files are in CoastWatch Hierarchical Data Format (HDF). The SeaWiFS instrument was launched by Orbital Sciences Corporation on the OrbView-2 (a.k.a. SeaStar) satellite in August 1997, and collected data from September 1997 until the end of mission in December 2010. The MERIS is a medium-spectral resolution imaging spectrometer operating in the solar reflective spectral range and its data covers the time period from April 29, 2002 to April 8, 2012.

The climate of the Mojave Desert is very different from the climate of New York City. And just as land regions have

Less than a century ago, Jack and Jill weren’t the only ones filling buckets with water. Scientists and sailors were using

The Ongoing Study of Global Change

Several key environmental factors guide an ongoing effort to understand global changes in climate. They are tracked as part of a

NCEI receives oceanographic data from all types of observing systems—from satellites in space, buoys moored to the seafloor, and