To give you a better idea of the coldest time of year for your area, NCEI has created “Coldest Day of the Year” maps for the contiguous United States, Alaska, Hawaii, and Puerto Rico. The maps are derived from the 1981–2010 U.S. Climate Normals—NCEI’s 30-year averages of climatological variables including the average low temperature for every day. From these values, scientists can identify which day of the year, on average, has the lowest minimum temperature, referred to here as the “coldest day.” 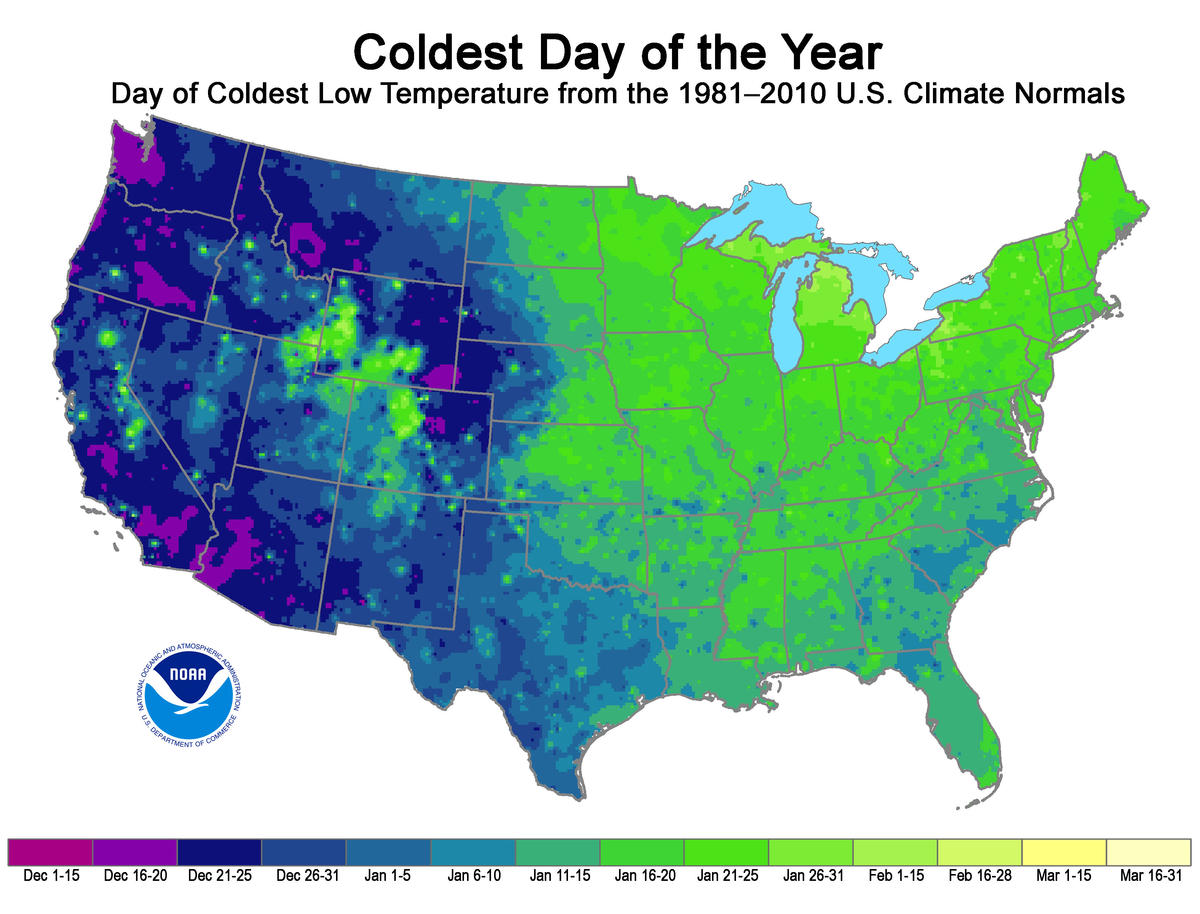 The map reveals several interesting regional differences across the country. Most prominently, the western half of the contiguous United States typically reaches its climatological coldest day in December, whereas most eastern stations reach their minimum in January. In addition, areas with higher snowfall Normals, such as the Northeast and high-altitude regions in the West, tend to reach their climatological coldest day much later, which is likely because of the increased reflection of solar radiation at Earth’s surface due to the presence of snow cover.

Temperature Normals are important indicators used in forecasting and monitoring by many U.S. economic sectors. Knowing the probability of low temperatures can help energy companies prepare for rising heating demand. They are also useful planning tools for the healthcare, construction, and tourism industries. You may want to check the Normals before planning your next event or vacation.

While the map shows the coldest days of the year on average throughout the United States, this year’s actual conditions may vary widely based on weather and climate patterns. For prediction of your actual local daily temperature, and to see how it matches up with the Climate Normals, check out your local forecast office on Weather.gov.

According to the July 23, 2019, U.S. Drought Monitor, moderate to exceptional drought covers 6.6% of the United States including