When a wildfire breaks out, firefighters hope to put it out as quickly as possible to protect lives and property. They’re most successful in containing a large fire if they’re near the fire when it starts. But, rural areas don’t have local fire stations every few miles like more developed areas do. Instead, fire managers continuously evaluate fire potential and move their response equipment and fire teams to regions that are most at risk.

As part of this process, fire managers rely on weather stations and drought conditions to assess daily fire risk. However, weather stations can be sparse in these more rural areas, and manually combining weather information takes considerable time and effort.

So, NCEI and the NASA DEVELOP National Program collaborated with the U.S. Army Corps of Engineers, the Bureau of Indian Affairs, and the South Dakota State Fire Meteorologist to create a Fire Risk Estimation or FIRE tool that automatically processes satellite and weather station data—including temperature, precipitation, relative humidity, and wind observations—into a single measurement of fire potential.

To create the FIRE tool, the team began with a list of indicators used to assess wildfire risk and the thresholds for each that would indicate higher risk. Provided by fire managers in South Dakota, these initial indicators and thresholds were based on meteorological conditions that accompanied several large, complex wildfires in the past decade.

By comparing past weather and climate with historical fire records, the team identified conditions that resulted in high wildfire risk and the importance of each indicator that created those conditions. They then designed the FIRE tool to:

Once the FIRE tool calculates the overall risk potential, it plots it on a user-friendly interactive map in five categories, from low to high risk. This gives fire managers an overall view of risk in different locations, helping them quickly decide when and where to allocate their resources. 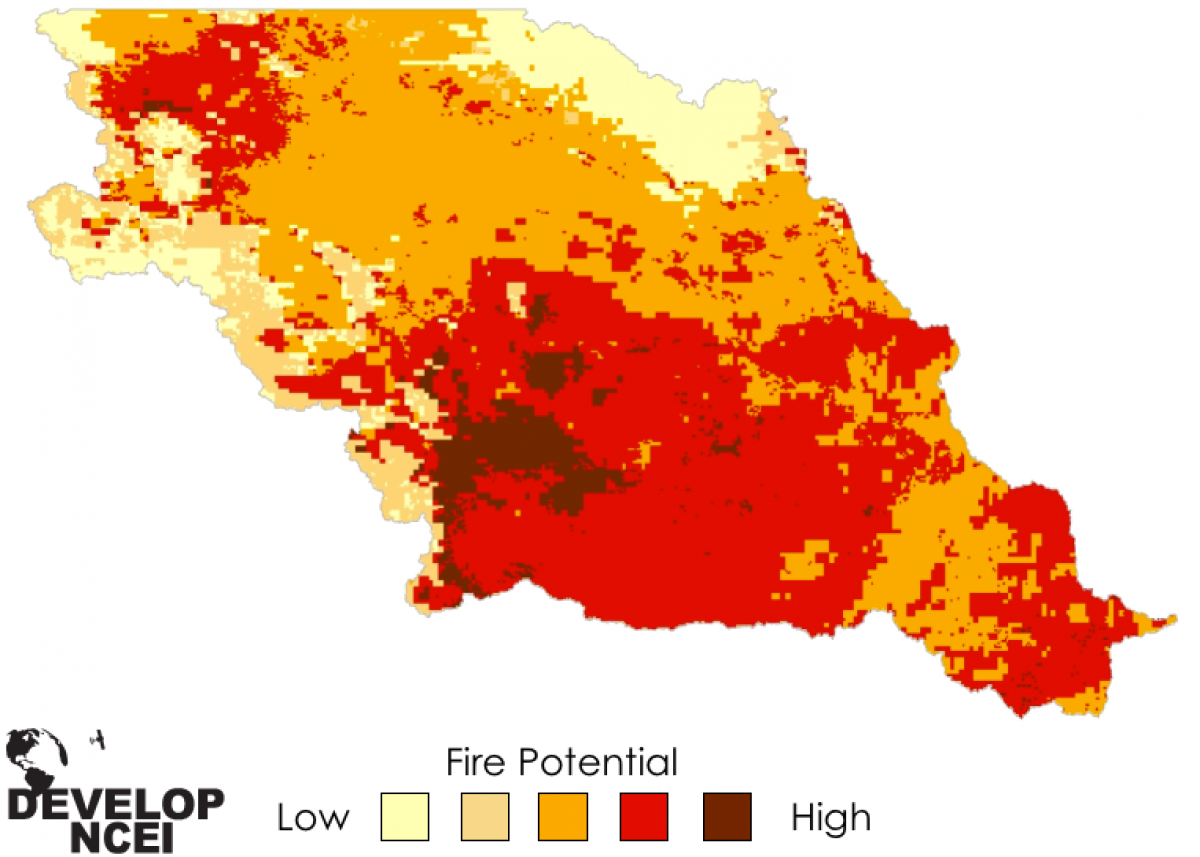 Although originally designed for the Great Plains, experts can readily expand the FIRE tool for other regions of the United States since it can be modified to fit certain climates and landscapes. Understanding when and where fires are most likely to occur and how they could spread helps fire response teams be better prepared when the next fire ignites.

About the NASA DEVELOP National Program

The NASA DEVELOP National Program aims to address public policy and environmental concerns across the country and around the world. It connects students and young professionals with NASA and NOAA scientists for 10-week projects that build capacity in communities while simultaneously training the next generation of environmental researchers.

A half-dozen kitchen-stove-sized microsatellites—known collectively as COSMIC-2, for Constellation Observing System for

A dataset used extensively for research and climate science has been added as a new NOAA Climate Data Record (CDR). The CMORPH