From sunny warmth to sub-zero cold blasts, high variability is at the heart of U.S. climate conditions during February. One of the highlights of the month, the tradition of Valentine’s Day, isn’t exactly set up with the ideal climate for Cupid to be out and about across most of the country. Across the Lower 48, normal high temperatures typically range from the 70s to the 20s and normal lows typically range from the 60s to below 0s on February 14. In honor of Valentine’s Day, we take a look at typical February climate conditions and climate normals for several lovely U.S. locations.

But, it’s not just Valentine’s Day that often sees drastically different weather conditions from year-to-year. Throughout the entire month of February we often endure atmospheric swings as meteorological winter comes to a close in the Northern Hemisphere.

Climatologically speaking, February is the third coldest month of the year—with December and January typically being colder. Despite this, areas around the Great Lakes typically see their coldest days in February, according to the updated 1990-2020 U.S. Climate Normals. The contiguous United States average temperature is around 34°F for the month, based on data from the 127-year record in the U.S. 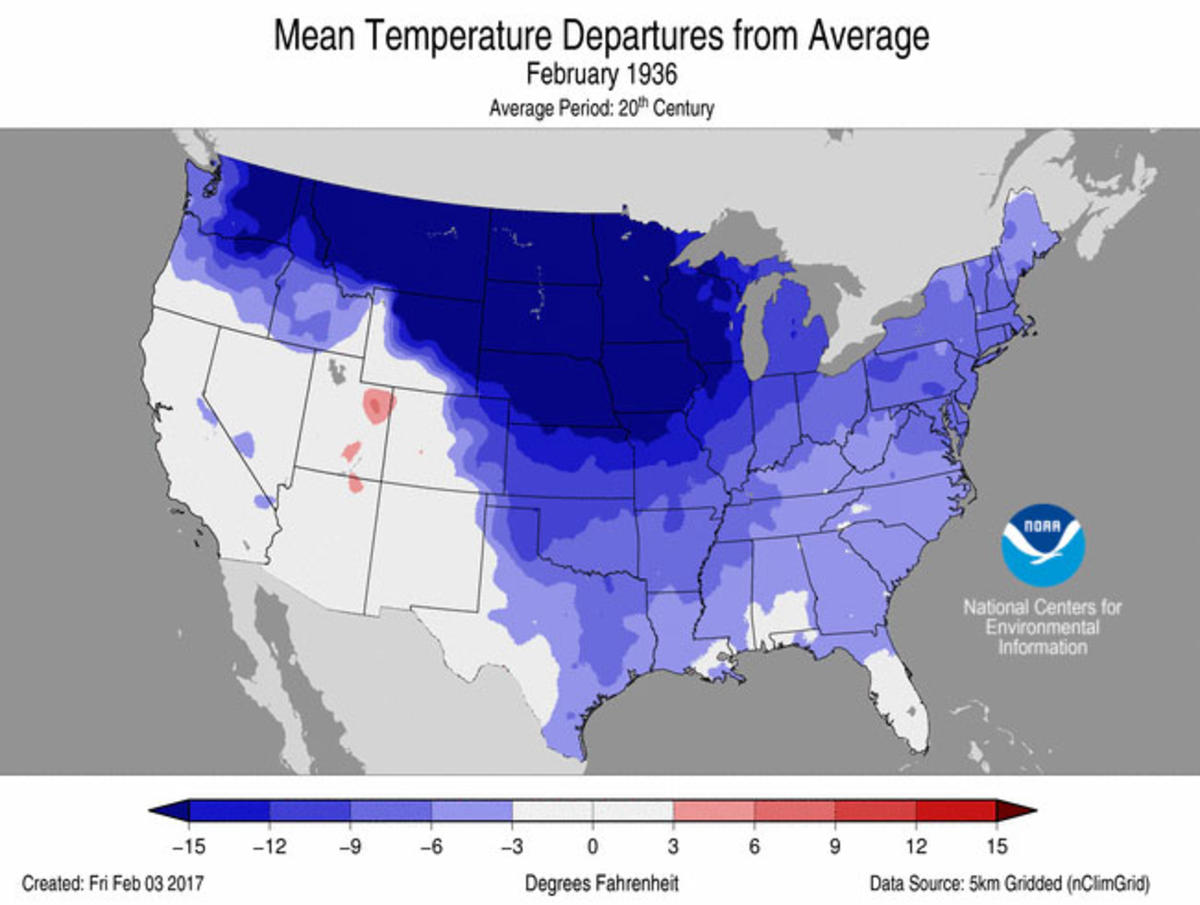 Conversely, the contiguous United States saw its warmest February on record in 1954 with an average temperature of 41.4°F. Every state in the lower 48 was warmer than average in February 1954, and seven states across the Great Plains were record warm. The warmest state, compared to its own history, was North Dakota with a temperature 17.7°F above average—43.7°F warmer than its coldest February in 1936. 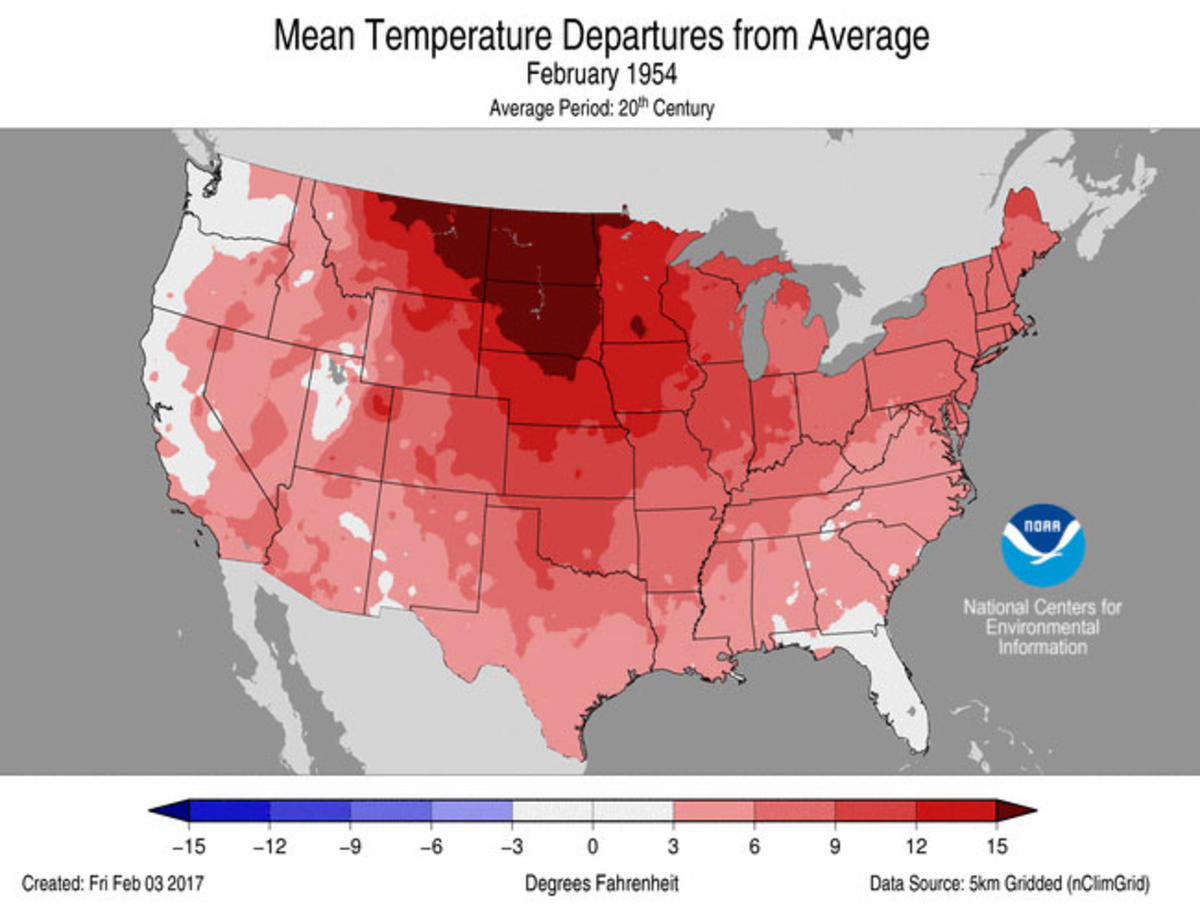 Since 1895, the contiguous U.S. temperature has increased at a rate of 2.9°F per century. When looking at the country’s entire period of record, February is warming faster than any other month of the year.

According to the Regional Snowfall Index, several large snow storms have impacted the United States during February. Some of these historic storms include:

The average number of tornado-related fatalities during February is the highest of any month—13. This is due in part to the “Super Tuesday” outbreak of 2008; the most significant tornado outbreak to impact the country during February. On February 5–6, 86 tornadoes touched down across a large portion of the south-central United States. Tennessee and Kentucky were the hardest hit with 50 tornadoes observed across the two states. Of the 86 tornadoes, 17 were classified as “strong” EF-2 tornadoes, 5 as “severe” EF-3 tornadoes, and 5 as “devastating” EF-4 tornadoes on the Enhanced Fujita Tornado Scale.

In such a geographically and climatologically diverse country, average conditions can vary from day to day and from place to place across the United States. From Kissimmee’s warmth to a frigid Wildrose, the graphic below shows the normal average temperature on February 14 for 16 locations with Valentine-themed names, according to our daily 1991-2020 Climate Normals data. 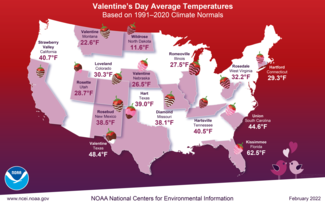 While our Climate Normals provide average temperatures throughout the United States, the actual conditions this Valentine’s Day may vary widely based on weather and climate patterns. For prediction of your actual local daily temperature, check out your local forecast office on Weather.gov.

According to the June 16, 2020, U.S. Drought Monitor, moderate to extreme drought covers 19.6% of the United States including

During February, the average contiguous U.S. temperature was 41.2°F, 7.3°F above the 20th century average. This ranked as the