Do you know what this little critter is? It’s a pack rat!

Courtesy of the National Park Service

How do pack rats help us learn about past climate? About the size of a laboratory rat, pack rats or wood rats gather plant materials at close range (100 meters at most) and accumulate them in dry caves and crevices. There, those plant materials and other debris, including insect and vertebrate remains, are cemented into large masses of crystallized urine and can be preserved for tens of thousands of years.

These plant-rich deposits, called pack rat middens, are found in caves and rock shelters in the arid southwestern United States and elsewhere. Of the 20 species of pack rats in the genus Neotoma in North America, distributed from Nicaragua to Canada, several produce middens in arid and semi-arid environments. The contents of pack rat middens represent the local environment at the time the material was gathered, and they can tell scientists a lot about past climates and environments.

The scientists clean these midden samples, which are often as hard as rock, with a hammer and chisel to remove as much of the encrustation as possible. They then immerse them in water for one to two weeks to dissolve the remaining crystallized urine and release the plant and animal remains, which are then dried in an oven. 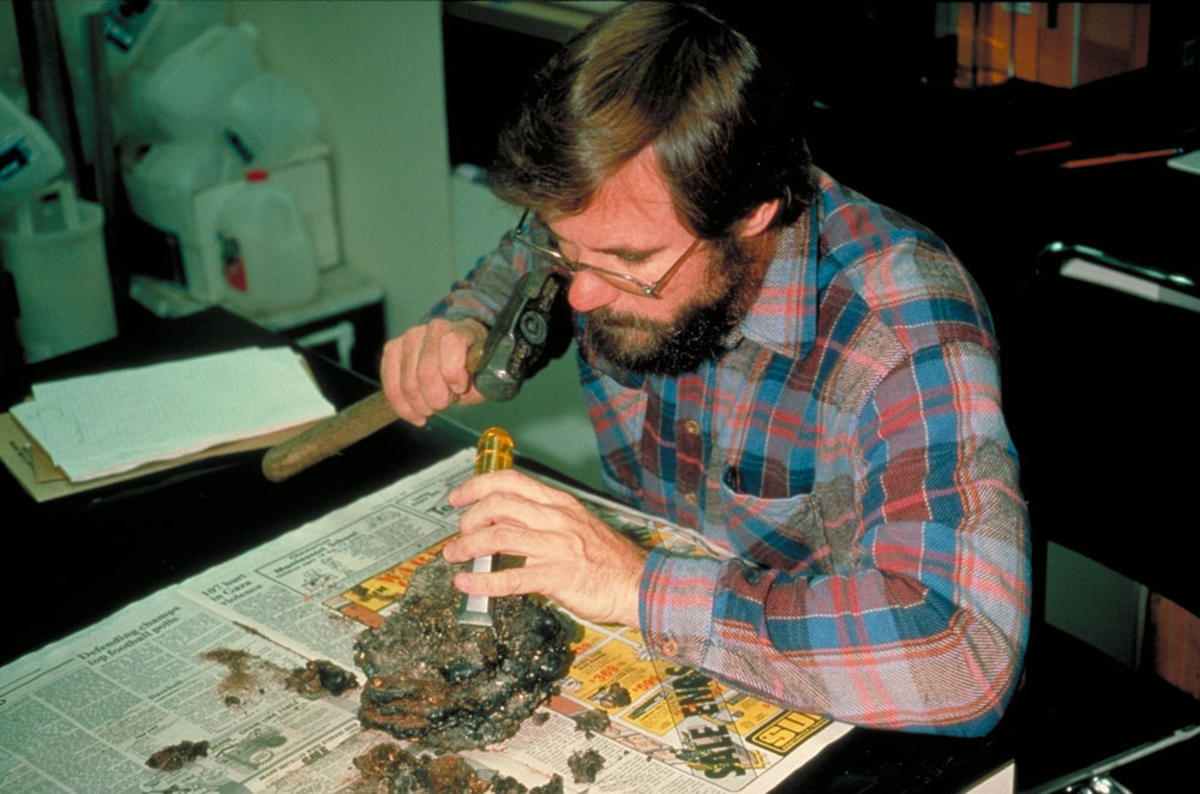 Each midden sample may contain tens of thousands of plant parts, which the scientists sort by species and either enumerate or weigh. The sorted materials are archived and then mined for special studies, which include the extraction and sequencing of ancient DNA and the analysis of past climate variability. These middens are especially useful in recording past drought conditions. When middens contain the remains of drought-tolerant plants rather than plants that require more water, this is a strong indication of a dry climate. Using these middens, scientists have learned about past droughts in the southwestern United States, and elsewhere, and what causes them. By understanding past climate variability, scientists like those with our Paleoclimatology Program hope to understand the course of future changes in Earth's climate system.

According to the April 20, 2021 U.S. Drought Monitor, moderate to exceptional drought covers 39.5% of the United States

According to the November 17, 2020, U.S. Drought Monitor, moderate to exceptional drought covers 39.6% of the United States