During February, the average contiguous U.S. temperature was 41.2°F, 7.3°F above the 20th century average. This ranked as the second warmest February in the 123-year period of record. Nearly one-quarter of the U.S. was record warm in February. Only February 1954 was warmer for the nation at 41.4°F. Between December 2016 and February 2017, the average temperature across the contiguous U.S. was 35.9°F, 3.7°F above average, the sixth warmest winter on record.

See all February and winter (December 2016 to February 2017) U.S. temperature and precipitation maps.

This monthly summary is part of the suite of climate services NOAA provides to government, business, academia and the public to support informed decision-making. 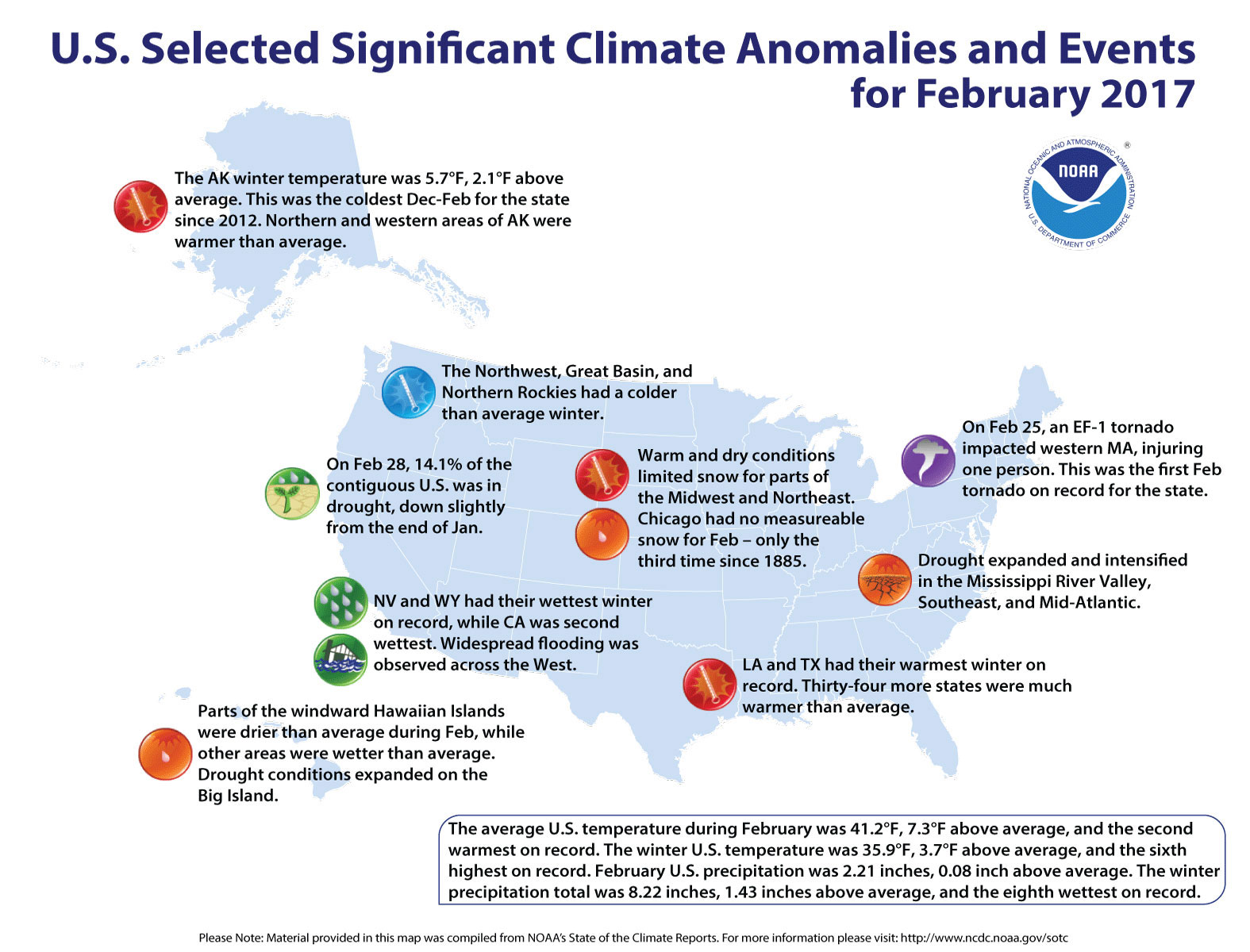 Access a larger version of the  U.S. selected significant climate anomalies and events for February 2017 map. 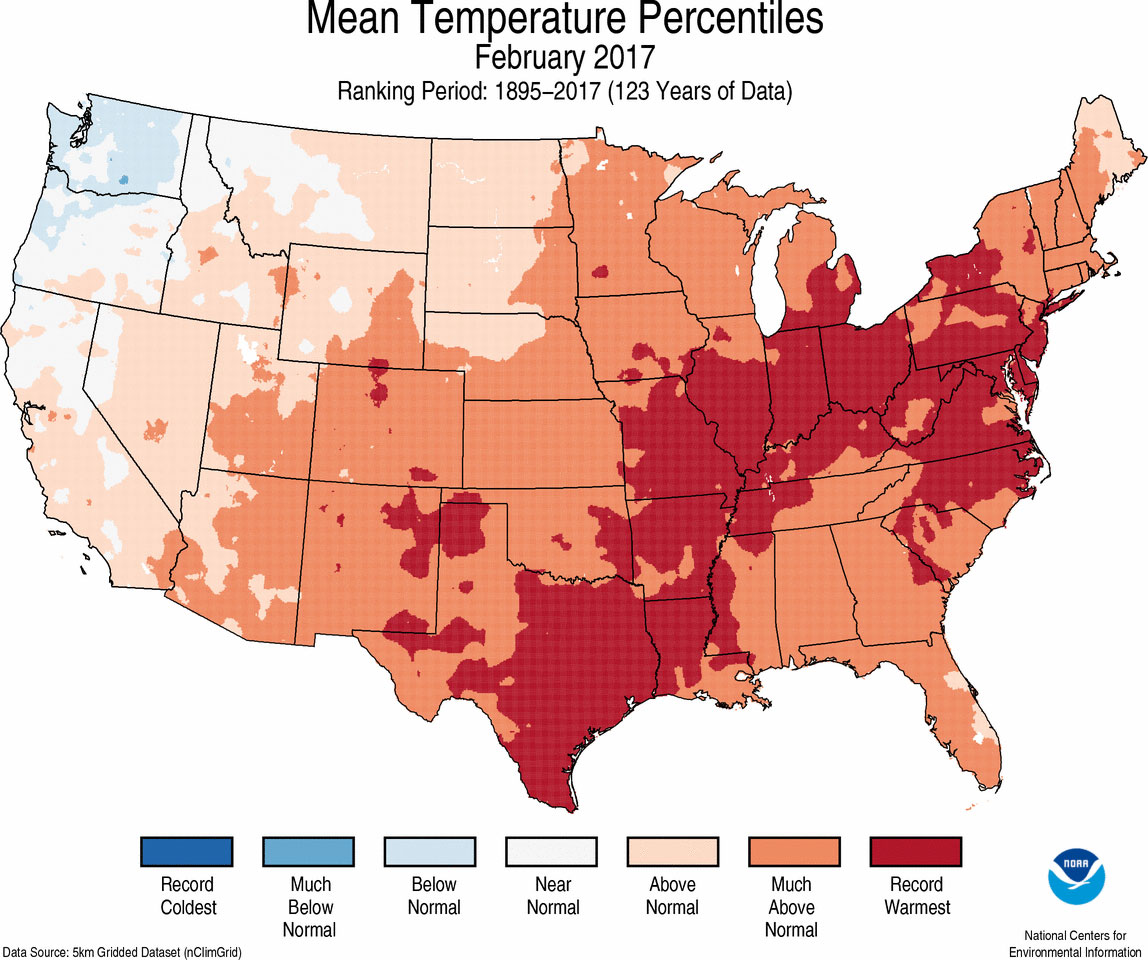 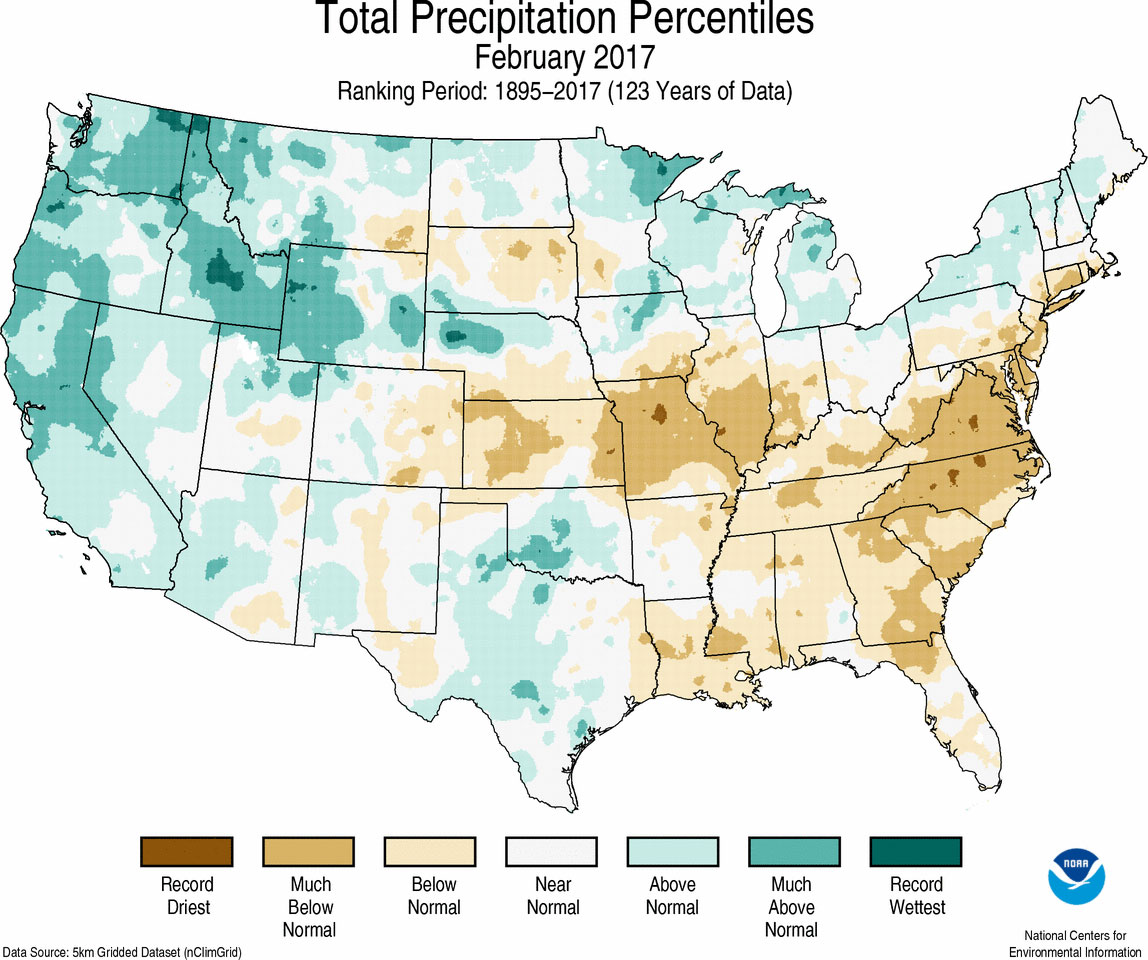 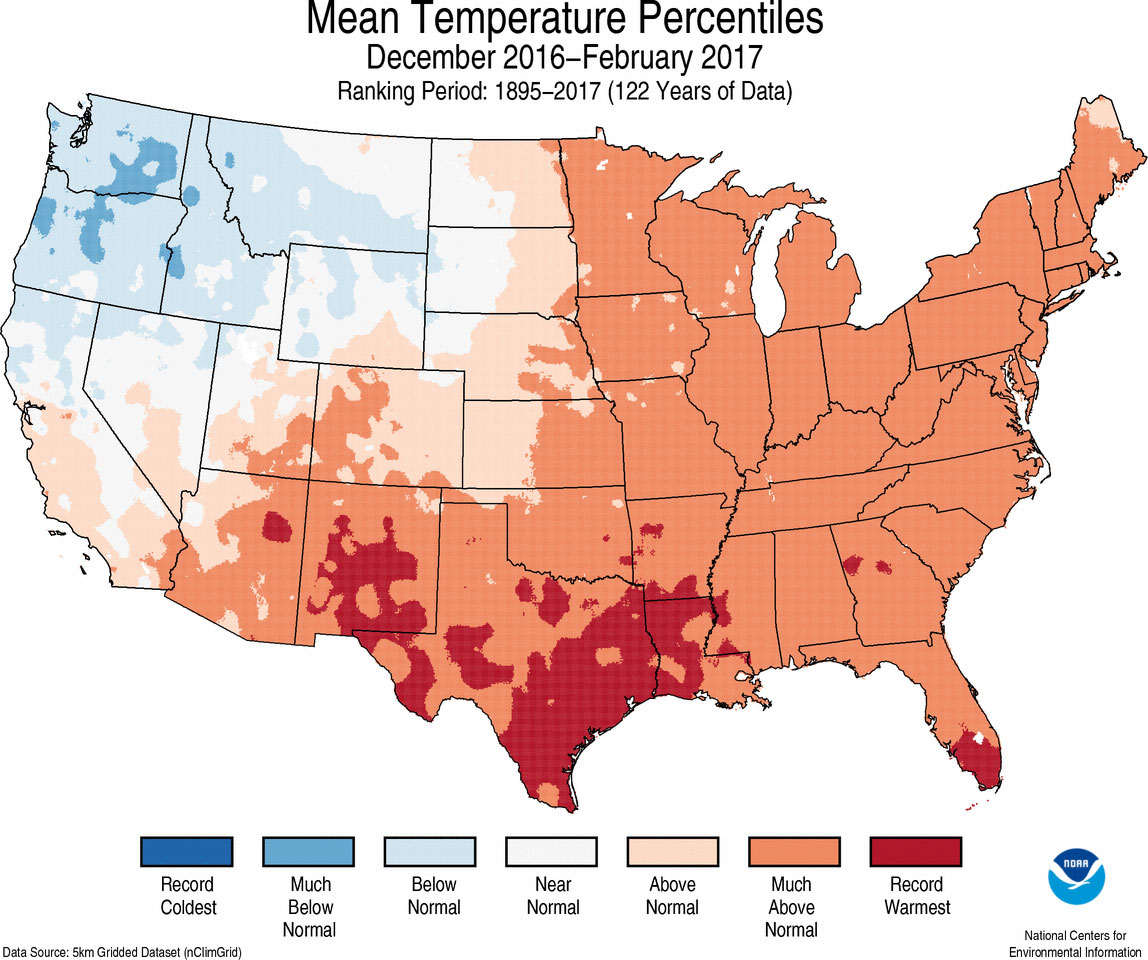 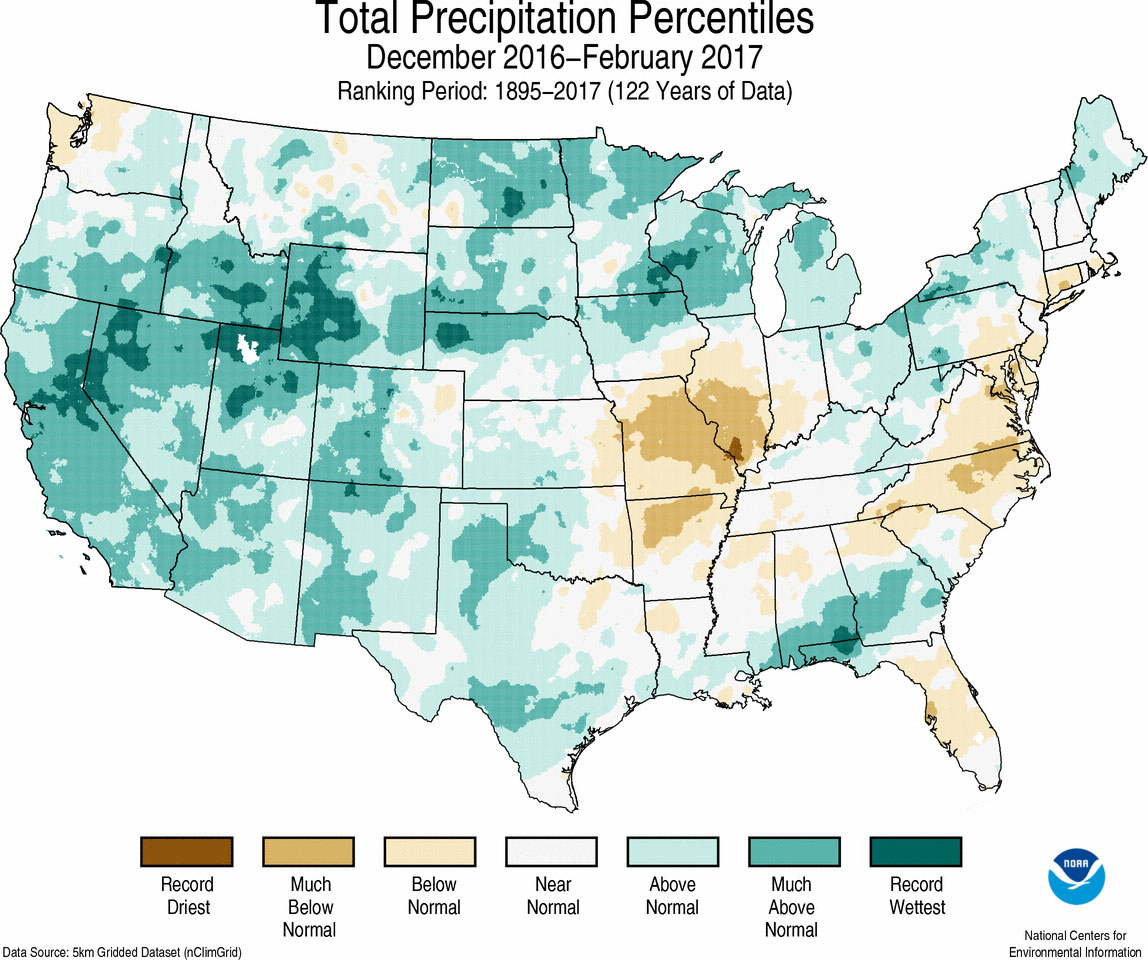 The full U.S. report will be released on March 13.

According to the February 25, 2020, U.S. Drought Monitor, moderate to extreme drought covers 8.5% of the United States including