There were 20 separate billion-dollar weather and climate disasters in 2021, just two events shy of the record set in 2020. These events caused at least 688 fatalities and scores more injured. Two disasters occurred in December — the Southeast, Central Tornado Outbreak and the Midwest Derecho and Tornado Outbreak.

The annual precipitation total for the contiguous U.S. was 30.48 inches, 0.54 inch above average, ranking in the middle third of the historical record. Despite near-normal precipitation at the national scale, 2021 witnessed several significant events at the regional scale, including an above-average monsoon season across the Southwest and several atmospheric river events along the Pacific Coast. Drought remained extensive across much of the western U.S. throughout 2021.

This annual summary from the NOAA National Centers for Environmental Information is part of the suite of climate services NOAA provides to government, business, academia and the public to support informed decision-making. 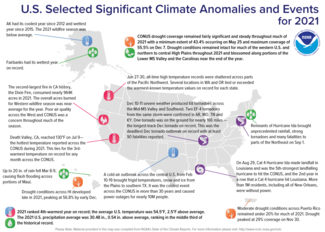 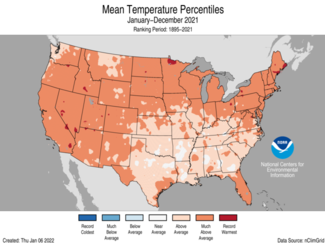 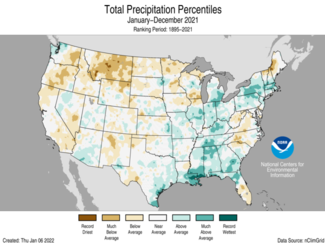 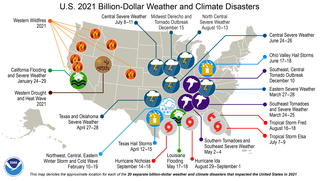