Several Pacific weather systems moved across the contiguous United States (CONUS) in a strong zonal jet stream flow during the week of April 12-19. The surface lows and fronts associated with these systems pulled Canadian air masses down behind them, resulting in a colder-than-normal week for much of the West, northern and central Plains, and Great Lakes. Only Texas, the Gulf of Mexico Coast, and Atlantic Coast had a near- to warmer-than-normal week.

A powerful spring storm delivered significant, late-season snow from the Cascades and Sierra Nevada to the northern Plains. In addition, the fronts and other surface lows brought above-normal precipitation to the Lower Mississippi and Tennessee Valleys, parts of the Mid-Atlantic to Northeast states, and northern California to the Pacific Northwest Coast. The activity missed most of the Southwest and southern to central Plains, where virtually no precipitation fell. Instead, windy and continued dry conditions resulted in worsening drought conditions and contributed to dust storms and the rapid spread of several wildfires.

Drought or abnormal dryness contracted or decreased in intensity along the northern California Coast and in parts of the Pacific Northwest, northern Plains, Upper and Lower Mississippi Valleys, and Northeast, as well as windward locations in Hawaii. Drought or abnormal dryness expanded or intensified across parts of the West (especially Southwest) and in the central and southern Great Plains where drier-than-normal conditions continued. Like the previous three weeks, contraction exceeded expansion, with the nationwide moderate to exceptional drought area decreasing this week, but the area of most intense drought (extreme to exceptional drought) increased.

Abnormal dryness and drought are currently affecting over 134 million people across the United States including Puerto Rico—about 43.3% of the population 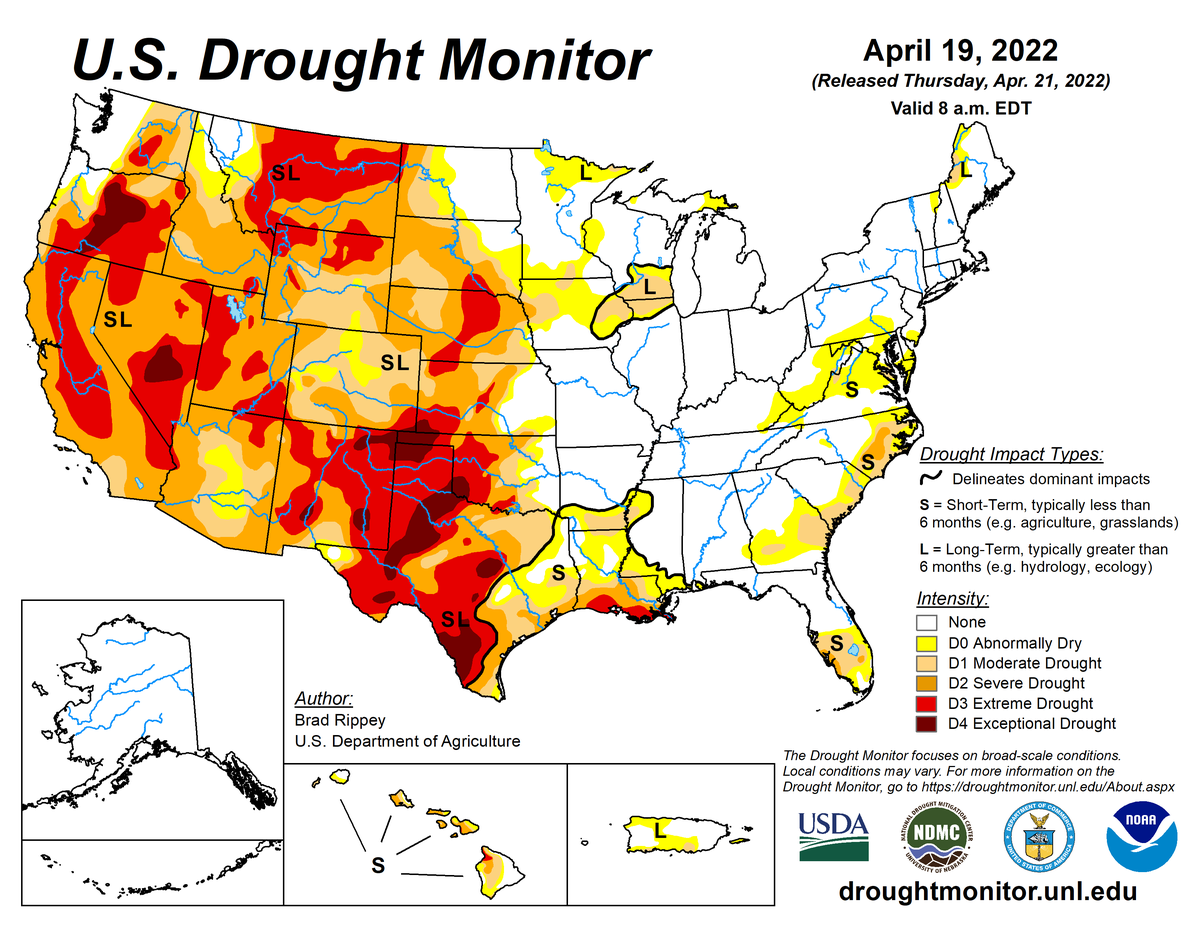 According to the September 14, 2021, U.S. Drought Monitor, moderate to exceptional drought covers 38.2% of the United States