The atmospheric circulation over the contiguous United States experienced a transition over the week. Pacific weather systems smashed into the upper-level ridge over the West, weakening it and shifting its core out over the Pacific. Meanwhile, the upper-level trough over the East slowly migrated out of the region, leaving behind the remnant of a cool front along the Gulf and Atlantic coasts. Above-normal precipitation occurred along this front and with Pacific weather systems that moved across parts of the Pacific Northwest to Great Lakes.

Upper-level ridging was slow to give up its grip on the country, and this resulted in large areas of below-normal precipitation across the contiguous United States. The remnant cool front kept temperatures below normal from the southern Plains to Mid-Atlantic coast, while clouds and rain kept weekly temperatures down over parts of the northern Rockies. But the week averaged warmer than normal over parts of the Southwest and northern Plains to New England.

Abnormal dryness and drought are currently affecting over 107 million people across the United States including Puerto Rico—about 34.6% of the population. 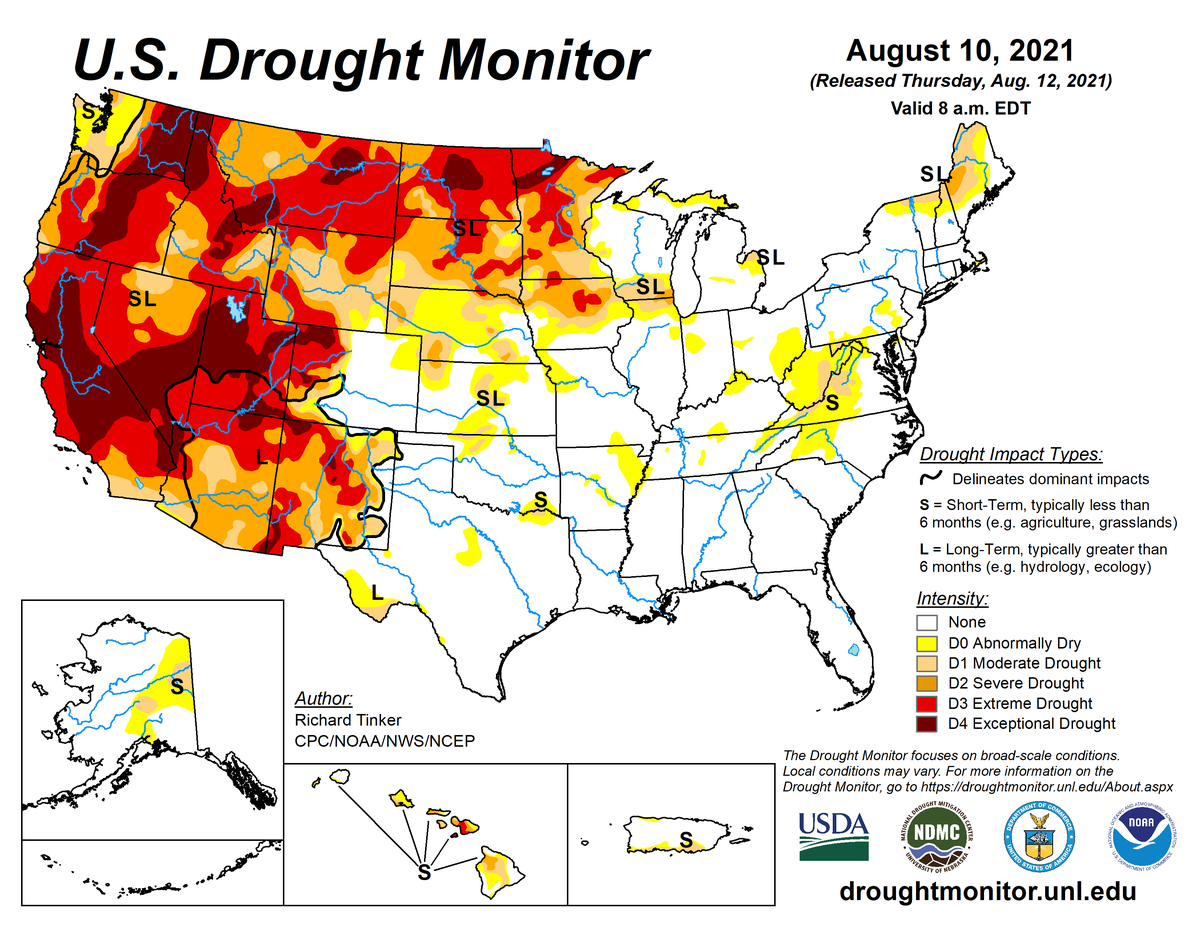 According to the May 25, 2021, U.S. Drought Monitor, moderate to exceptional drought covers 36.3% of the United States including