This U.S. Drought Monitor week was marked by torrential rains and flooding in cities such as New Orleans, Houston, Kansas City, and Las Vegas. Heavy rainfall over the Gulf Coast and into the Mid-South kept drought conditions at bay, while scattered showers and thunderstorms over the southern Rockies erased pockets of abnormally dry conditions.

In the drought-afflicted Plains, rains brought relief to a few areas, slowed deterioration in others, and had minimal impact on areas suffering from long-term impacts. Once again, rain bypassed the Pacific Northwest, where record-breaking warm temperatures and the prolonged dry spell deteriorated drought conditions.

Abnormal dryness and drought are currently affecting nearly 64 million people across the United States—over 20 percent of the country’s population. 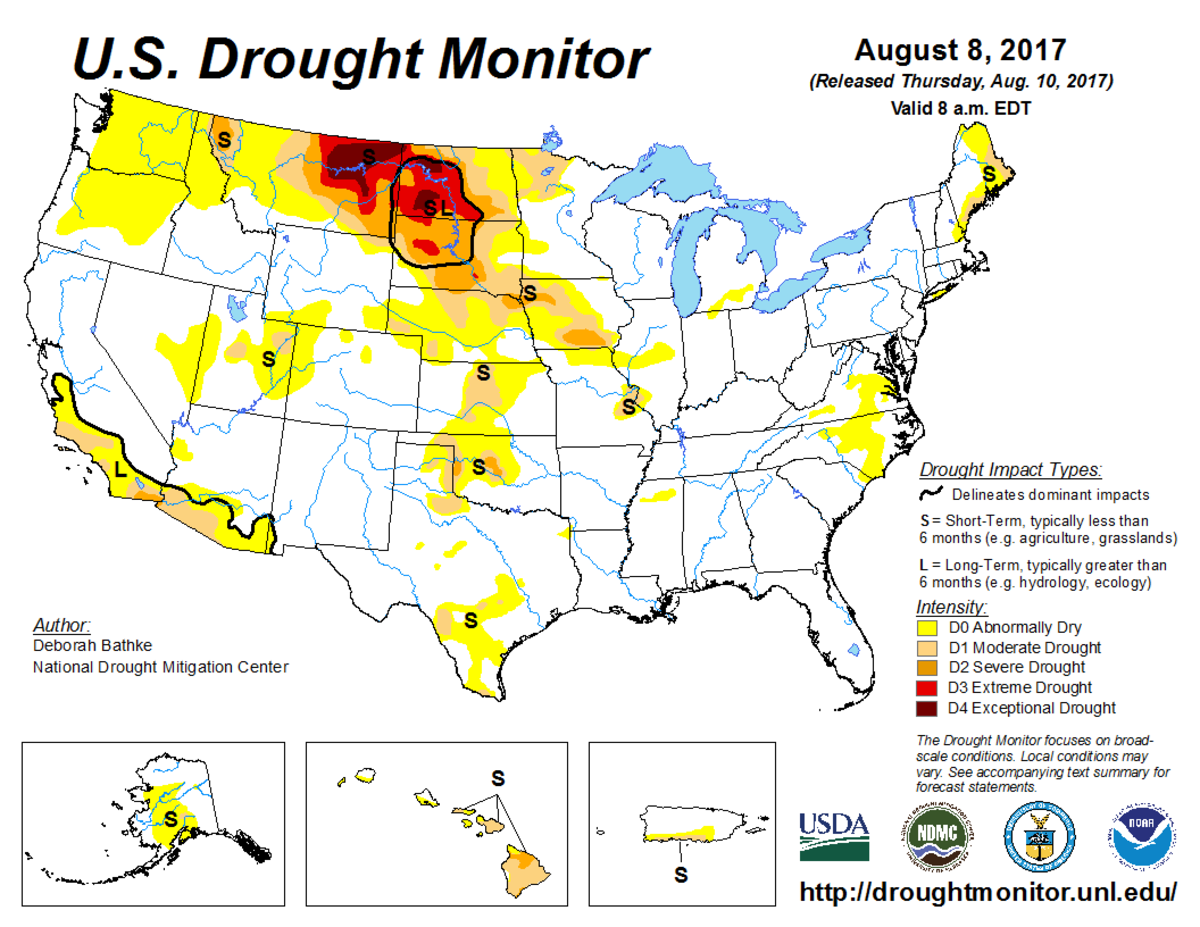 On March 12–14, 1993, a massive storm system bore down on nearly half of the U.S. population. Causing approximately $5.5 billion

According to the October 12, 2021, U.S. Drought Monitor, moderate to exceptional drought covers 39.6% of the United States

According to the August 15, 2017, U.S. Drought Monitor, moderate to exceptional drought covers 11.3% of the contiguous United