According to the January 24, 2017, U.S. Drought Monitor, moderate to exceptional drought covers 16.1% of the contiguous United States, a decrease from last week’s 19.3%. The worst drought categories (extreme to exceptional drought) also decreased from 2.4% last week to 0.4%. This marks the first time since November 2010 that less than 1% of the Lower 48 falls into the worst drought categories.

The atmospheric circulation was very active this U.S. Drought Monitor week. Pacific weather systems brought above-normal precipitation to much of the West for the third consecutive week, resulting in substantial reduction of drought in California and Nevada. These cold fronts and low pressure systems drew in Gulf of Mexico moisture as they crossed the Southern Plains and Southeast, bringing beneficial rains that contracted drought in these regions but, unfortunately, also generating severe weather. Parts of Oklahoma, the Northern Plains, and northern New England were the only parts of the contiguous United States where widespread drier-than-normal weather occurred. 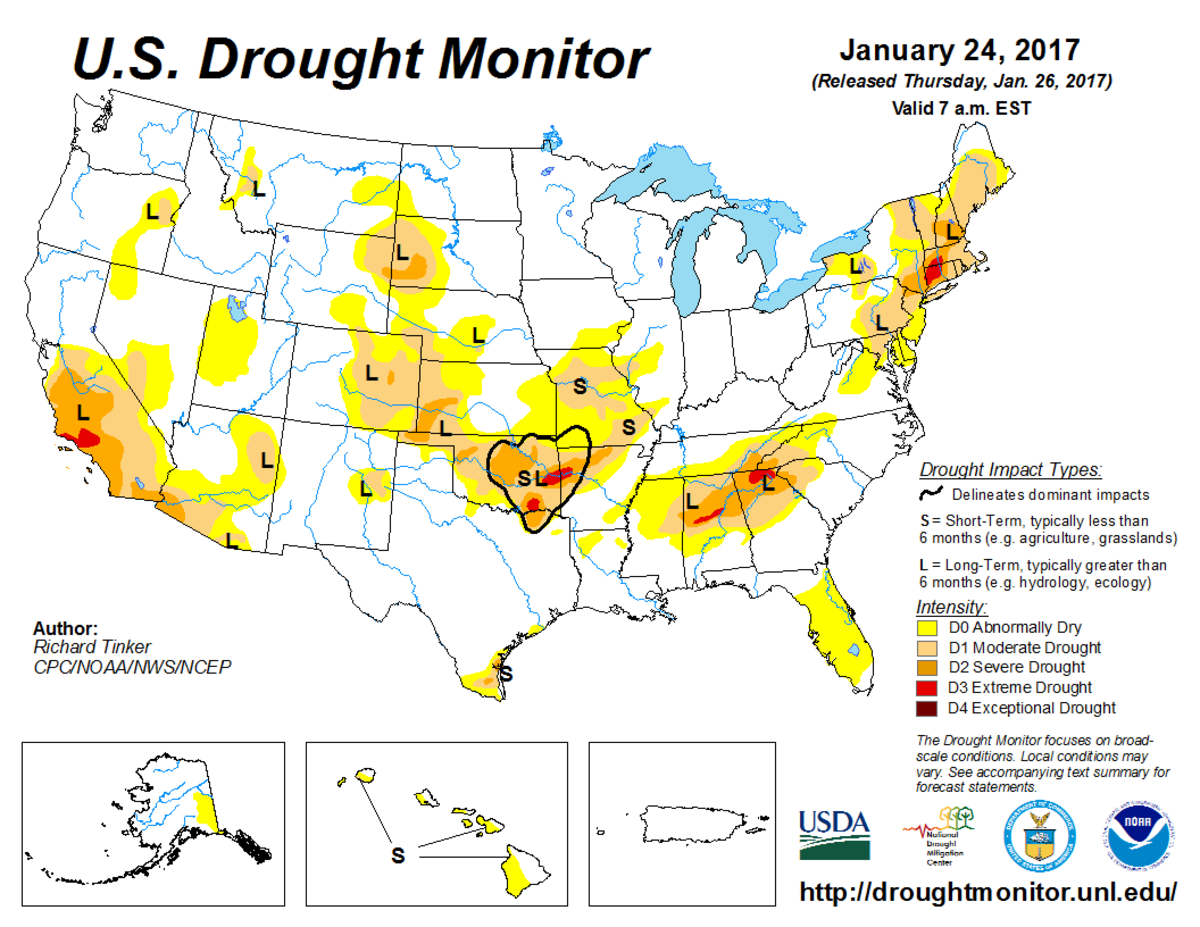 According to the August 8 U.S. Drought Monitor, moderate to extreme drought covers 11.2% of the contiguous U.S.

According to the October 2 U.S. Drought Monitor, moderate to exceptional drought covers 24.6% of the United States.

According to the August 18 U.S. Drought Monitor, moderate to exceptional drought covers 30.6% of the United States including Puerto Rico.