Surface low pressure systems and cold fronts associated with the Pacific weather systems spread above-normal precipitation in strips across the northern Plains to Great Lakes. Some of the fronts penetrated further south. Moisture from the Gulf of Mexico and Atlantic fueled showers and thunderstorms along the frontal boundary, resulting in strips of above-normal precipitation from the central Plains to southern Appalachians, and afternoon convective heating triggered areas of above-normal rainfall across the Gulf of Mexico states.

Flooding heavy rains occurred in the Midwest strip where repeated storms moved over the same area in a process called training. Meanwhile, the North American Monsoon brought more above-normal precipitation to parts of the Southwest. But these were the exceptions, as drier-than-normal weather associated with the subtropical high dominated the rest of the West, most of the Plains, and much of the East Coast. The subtropical high pressure also kept most of the contiguous United States warmer than normal for the week.

Near- to cooler-than-normal temperatures were present only in parts of the Southeast, where clouds and showers provided some relief, and in the northern Plains, where cold fronts brought drier and cooler Canadian air. The continued heat and dryness further intensified flash drought from the southern and central Plains to the Mid-Mississippi Valley. Drought and abnormal dryness contracted where it rained, especially in Alaska and parts of Montana, the Southwest, Great Plains, Midwest, Southeast, and northern New England. But widespread expansion or intensification of drought and abnormal dryness continued from the southern and central Plains to Mid- and Upper Mississippi Valley, and in parts of the Mid-Atlantic to southern New England states.

Abnormal dryness and drought are currently affecting over 182 million people across the United States including Puerto Rico—about 58.5% of the population. 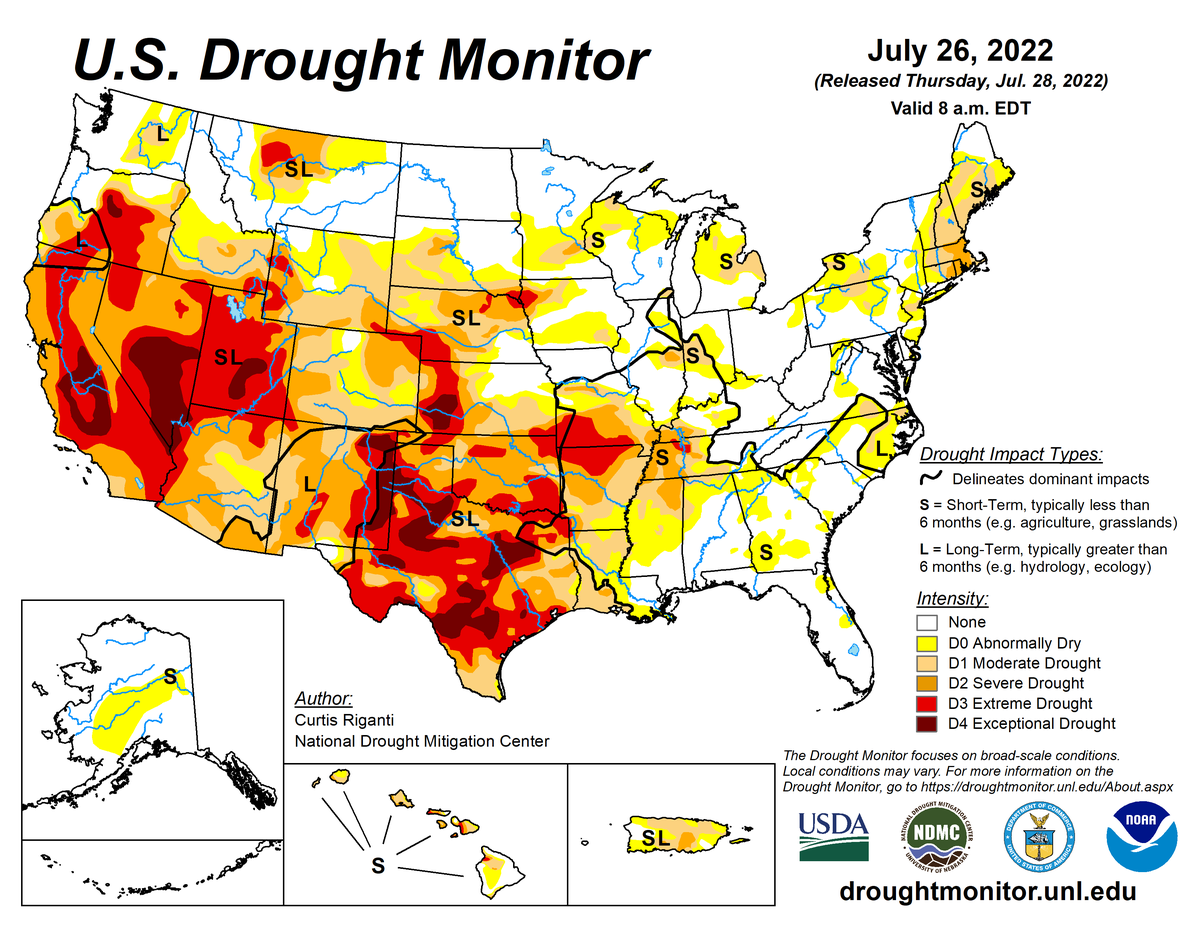