A strong high pressure ridge dominated the southern states during this USDM week (June 8-14). It began over the Southwest, then eventually migrated over the southern Plains and, by the end of the week, settled over the Southeast. Much warmer-than-normal air was associated with the ridge with many daily high temperature records broken, especially in the Southwest and Great Plains. A strong upper-level trough of low pressure moved over northern portions of the West at the end of the week.

Temperatures for the week averaged near to cooler than normal over the Pacific Northwest and Great Lakes regions, while warmer-than-normal temperatures dominated the rest of the CONUS. The week started with leftover cold fronts lingering over the Great Plains to the East Coast. Humid Gulf of Mexico air fueled showers and thunderstorms along these fronts, with areas of above-normal rainfall developing across parts of the Plains to Northeast. A series of Pacific fronts spread above-normal precipitation across most of the Pacific Northwest and parts of the northern Rockies to northern Plains. But much of the Southwest to southern and central Plains, and Southeast to Mississippi Valley, had a drier-than-normal week. Drought or abnormal dryness contracted or reduced in intensity over the Pacific Northwest to northern and central Plains where abundant rain fell. But drought or abnormal dryness expanded or intensified over parts of the Southwest to southern Plains, Southeast, and Ohio Valley where precipitation deficits increased.

Continuing dry weather prompted expansion or intensification of drought and abnormal dryness over parts of Alaska, Hawaii, and Puerto Rico. Contraction exceeded expansion, with the nationwide moderate to exceptional drought area continuing to decrease this week.

Abnormal dryness and drought are currently affecting over 124 million people across the United States including Puerto Rico—about 39.8% of the population. 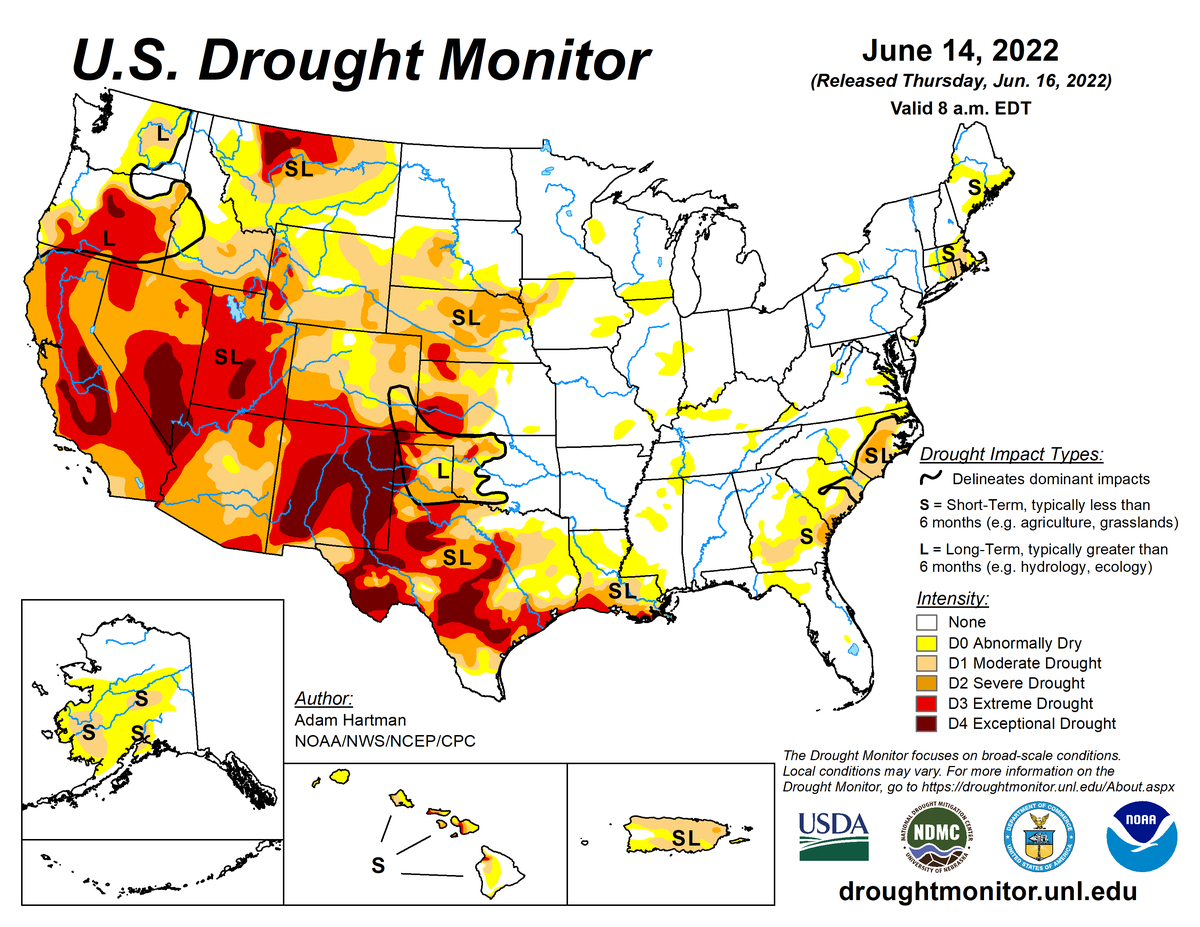 According to the October 16, 2018, U.S. Drought Monitor, moderate to exceptional drought covers 20.5% of the United States, a

According to the December 15, 2020, U.S. Drought Monitor, moderate to exceptional drought covers 41.2% of the United States

According to the August 22, 2017, U.S. Drought Monitor, moderate to exceptional drought covers 12.1% of the contiguous United