According to the June 18, 2019, U.S. Drought Monitor, moderate to extreme drought covers 4.0% of the United States, the same as last week. For the fifth week in a row, the worst drought categories (extreme to exceptional drought) remain at 0.14%, encompassing far southeastern Alaska and a small area of Hawaii’s Big Island.

Abnormal dryness and drought are currently affecting over 30 million people across the United States including Puerto Rico—about 9.7% of the country’s population. 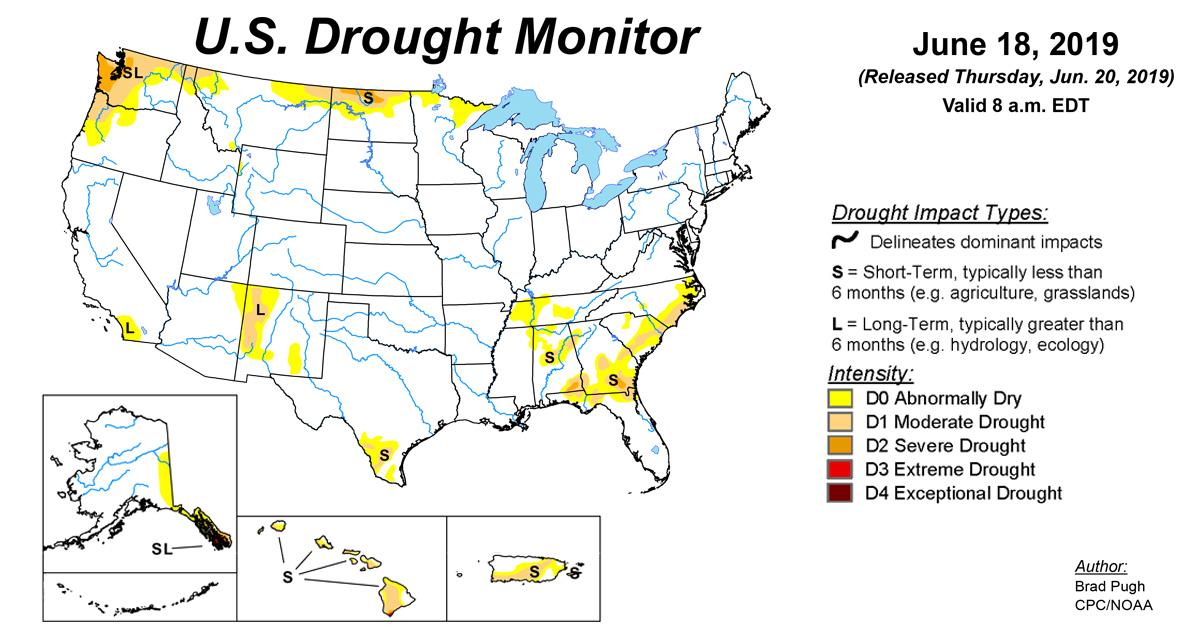 The June 2018 three-month summaries of climate impacts and outlooks are now available for 10 regions and subregions.

According to the July 16 U.S. Drought Monitor, moderate to extreme drought covers 6.6% of the United States including Puerto Rico.