Several Pacific weather systems moved through the jet stream flow across the contiguous United States. Aside from rain and snow along the immediate West Coast, they generated very little precipitation as they moved across the country, because an upper-level ridge of high pressure dominated the overall atmospheric circulation over the central part of the contiguous United States. The ridge weakened the weather systems, deflected Pacific moisture into Canada, and blocked Gulf of Mexico moisture from entering the Plains. Surface lows and cold fronts picked up some Gulf moisture to produce rain in parts of the Southeast, but that was early in the week, and a frontal low brought precipitation to parts of Colorado, Kansas, and Oklahoma in the middle of the week. Otherwise, most of the contiguous United States received literally no precipitation.

Temperatures averaged warmer than normal across the central half of the country, especially in the Plains beneath the upper-level ridge. Weekly temperatures averaged below normal along the immediate West Coast and over the eastern third of the country. Drought or abnormal dryness contracted or lessened in intensity in parts of Nevada, Oregon, and Montana, but expanded or intensified in several areas east of the Rockies. Drought expansion was slightly more than contraction, so the overall U.S. drought footprint increased this week.

Abnormal dryness and drought are currently affecting over 138 million people across the United States including Puerto Rico—about 44.5% of the population. 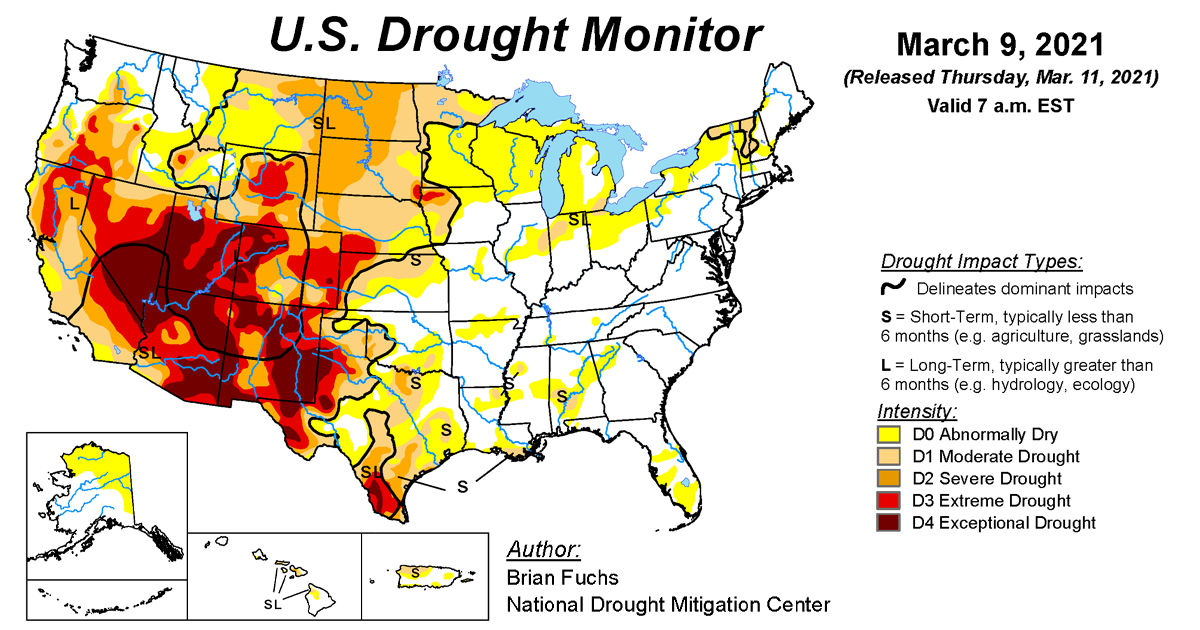